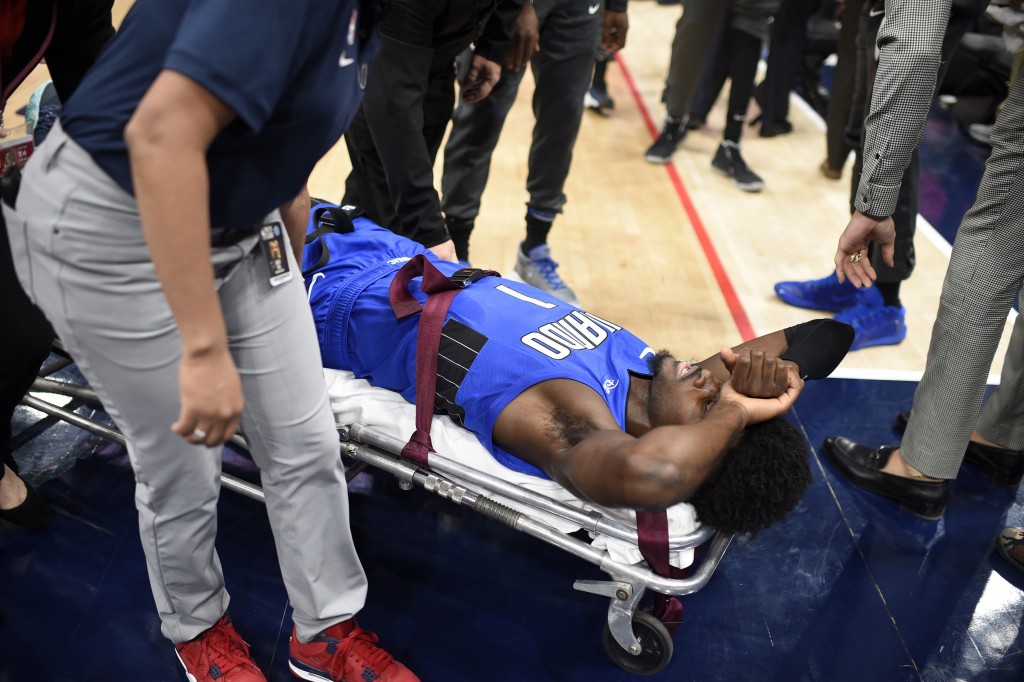 Isaac collided with Washington's Bradley Beal with 9:57 left in the first quarter and was taken off the court on a stretcher. The Magic say Isaac will have an MRI in Orlando on Thursday.