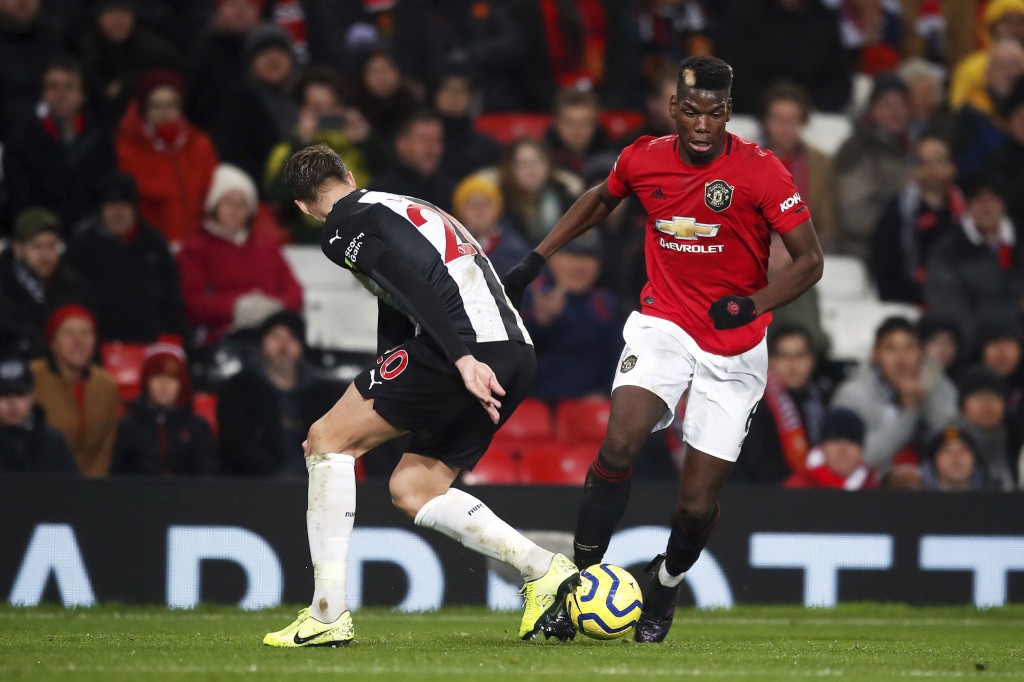 LONDON (AP) — Manchester United midfielder may have to undergo ankle surgery that could keep him out for a month.

United manager Ole Gunnar Solskjær says Pogba has been seeking medical advice and that an operation was likely to be needed to resolve the right ankle injury.

Pogba missed Saturday's win at Burnley and Wednesday's 2-0 loss to Arsenal, having only just managed to feature in two games after almost three months out.