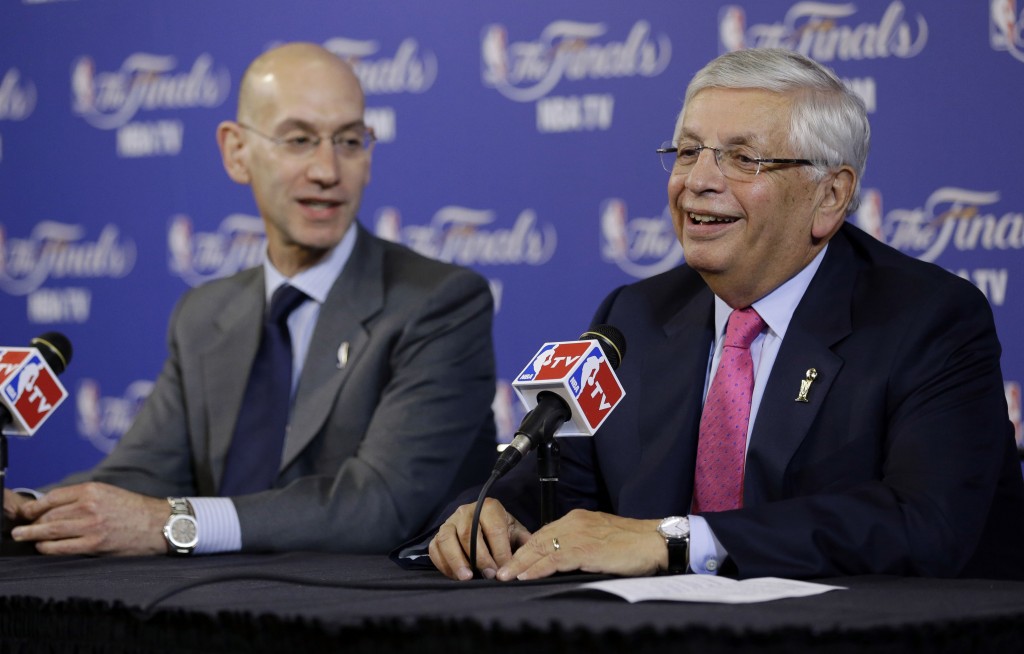 Reaction from the basketball world and beyond to the death of former NBA Commissioner David Stern on Wednesday at age 77:

“For 22 years, I had a courtside seat to watch David in action. He was a mentor and one of my dearest friends. We spent countless hours in the office, at arenas and on planes wherever the game would take us. Like every NBA legend, David had extraordinary talents, but with him it was always about the fundamentals — preparation, attention to detail, and hard work.” — Adam Silver, who followed Stern as commissioner.

“Without David Stern, the NBA would not be what it is today. He guided the league through turbulent times and grew the league into an international phenomenon, creating opportunities that few could have imagined before. His vision and leadership provided me with the global stage that allowed me to succeed. David had a deep love for the game of basketball and demanded excellence from those around him — and I admired him for that.” — Michael Jordan.

“David Stern was such a history maker. When I announced in 1991 I had HIV, people thought they could get the virus from shaking my hand. When David allowed me to play in the 1992 All Star Game in Orlando and then play for the Olympic Dream Team, we were able to change the world.” — Magic Johnson.

“He was a man of great vision and energy who is responsible for the operational and business advancements that created the modern sports industry. David taught me how to be a commissioner and, more importantly, how to try to be a good person.” — NHL Commissioner Gary Bettman.

“RIP David. You always said you made me and you were absolutely right. You were a friend, mentor and administrator of the largest donut fund ever. You are missed.” — Dallas Mavericks owner Mark Cuban, referring to the many times Stern fined Cuban for league infractions.

“David will always be remembered as Superman in Sacramento. His impact on the league will leave a lasting imprint around the world and his fierce support of the team and this community is the reason why the Kings stayed in Sacramento. David’s enthusiasm for our city and belief in our fans will never be forgotten.” — Kings owner Vivek Ranadivé.

“The WNBA will be forever grateful for his exemplary leadership and vision that led to the founding of our league. His steadfast commitment to women’s sports was ahead of its time and has provided countless opportunities for women and young girls who aspire to play basketball. He will be missed.” — WNBA Commissioner Cathy Engelbert.