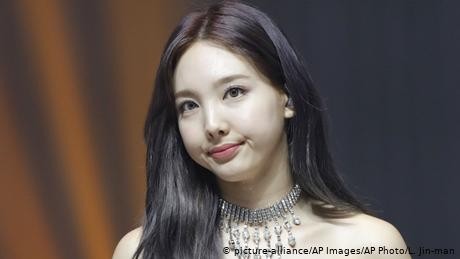 The managers of the K-pop girl group "Twice" said they are taking legal action after a "foreign stalker" tried to make contact with one of the group's members on an airplane on Wednesday.

Group member Nayeon has been placed "under police protection due to this incident," JYP Entertainment said in a statement, according to the English-language blog Allkpop.

According to the agency, the suspect figured out what flight the group would be taking from Japan to South Korea and also booked a ticket. He then proceeded to try and approach Nayeon multiple times while onboard, raising his voice and clashing with the group's security team.

"Please go back home. Please stop. I beg you," the post read according to the paper. The post has since been deleted.

JYP also said it is also investigating how the group's flight information leaked and was sold online.

The suspect, who is reportedly a German national, has been posting for weeks on Twitter and YouTube about wanting to meet the K-pop star.

Following the incident, the man claimed that the group's managers became physical with him while he was trying to give Nayeon "love letters."

In a subsequent tweet, the man said that he didn't intend to bother the group, but said he wanted to "confess my love to her and wanted to know what she thinks about it."

Many fans of the group posted comments urging the man to stop harassing Nayeon and the rest of the group.

"She's afraid of you! Stop!" wrote one Twitter user.

JYP Entertainment said that although the man was unable to reach Nayeon, she is currently experiencing "significant feelings of discomfort and anxiety."