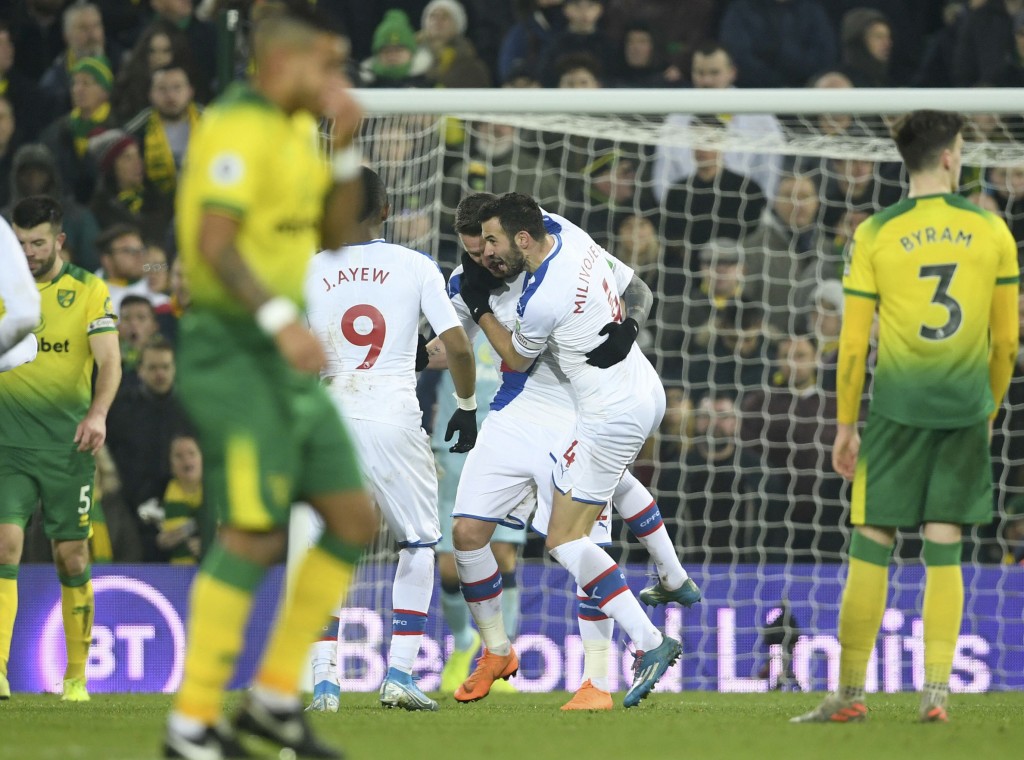 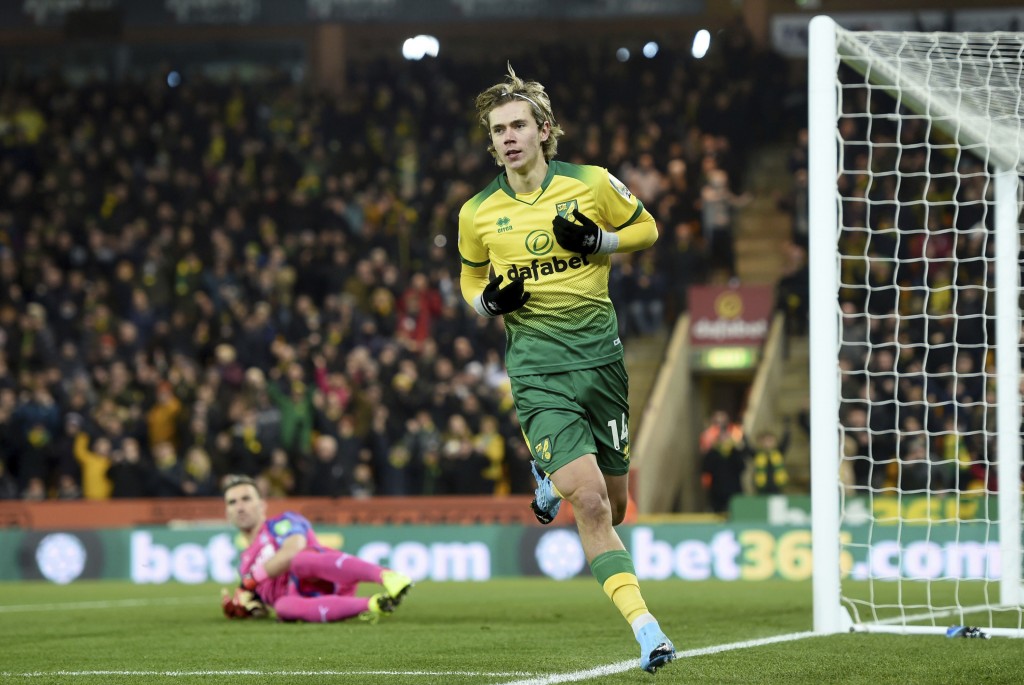 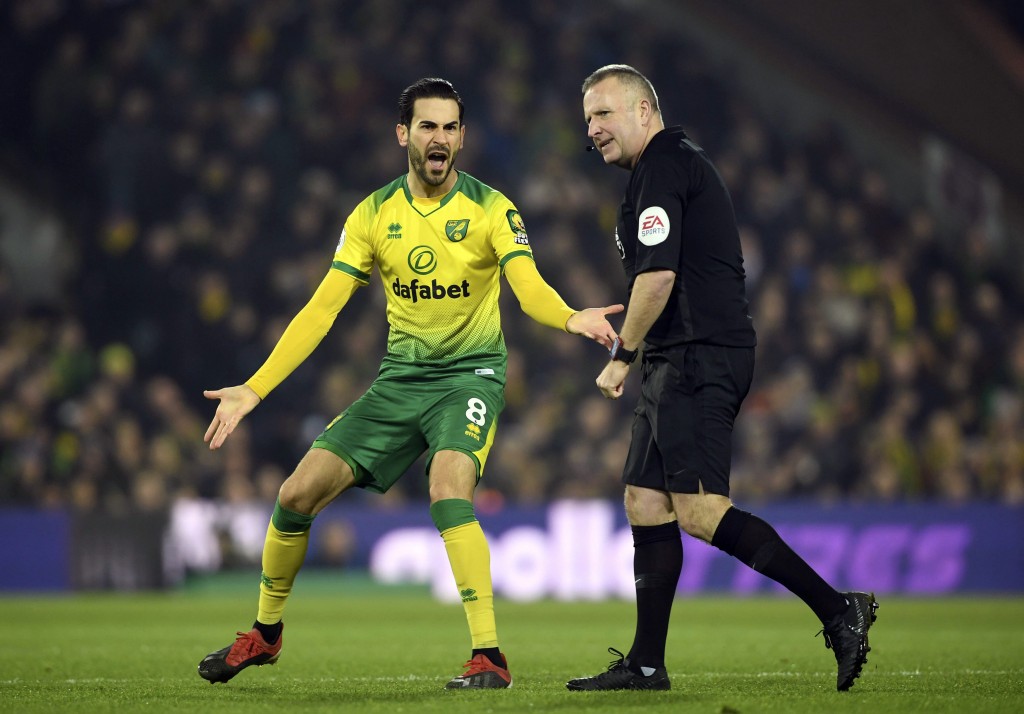 NORWICH, England (AP) — Substitute Connor Wickham scored a late equalizer to give Crystal Palace a 1-1 draw at last-place Norwich in the Premier League on Wednesday.

Norwich looked headed toward its first home win in eight games thanks to Todd Cantwell's early goal but Wickham converted Wilfried Zaha's cross from close range in the 85th minute.

The goal was initially ruled out for offside, but was correctly allowed a stand after a VAR check.

Norwich took just four minutes to go in front as Emi Buendia's burst into the box ended with his shot being blocked, but the ball fell kindly for an unmarked Cantwell, who coolly slotted home his sixth goal of the season from close range.

Teemu Pukki was then brought down by James Tompkins when clean through, but any thoughts of a possible red card were ruled out by an offside call.

The visitors gradually worked their way into the game and Jordan Ayew directed a header straight at Tim Krul before a slip from Christoph Zimmermann let in Jairo Riedewald, who chose to pass rather that shoot, with James McArthur's effort blocked.

Norwich nearly doubled its lead after 73 minutes when Kenny McLean's rising close-range volley smacked against the crossbar, with the loose ball ricocheting to safety.

And Palace made the most of the escape as they equalised four minutes from time with a little help from VAR.

When Wickham slid home Zaha's cross from inside the six-yard box the assistant referee's flag immediately went up for offside, but replays show he was being played on by Zimmermann's foot and the goal stood.