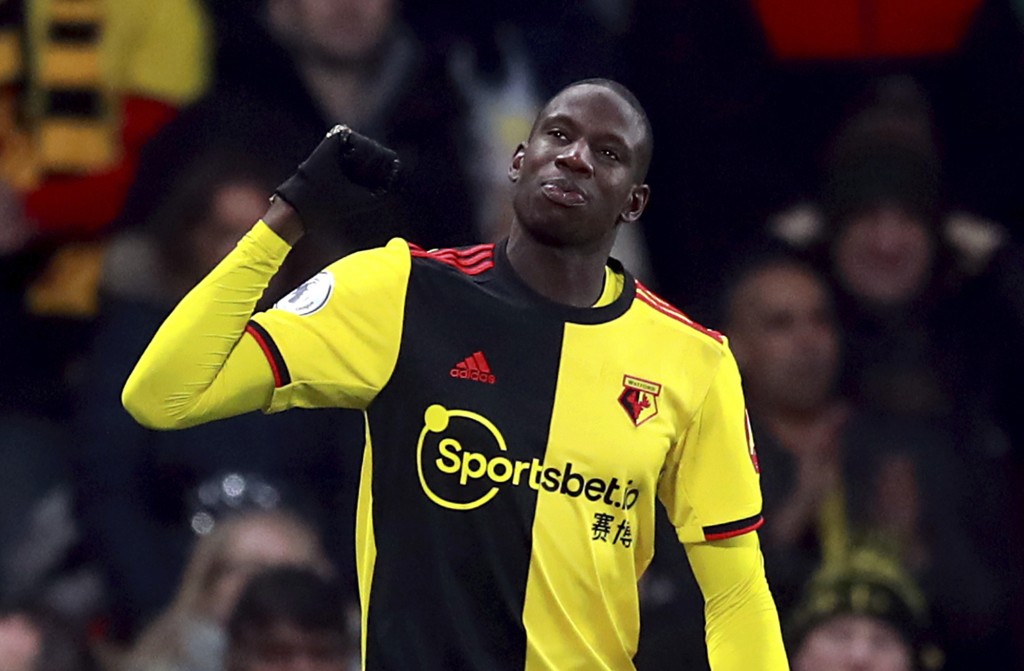 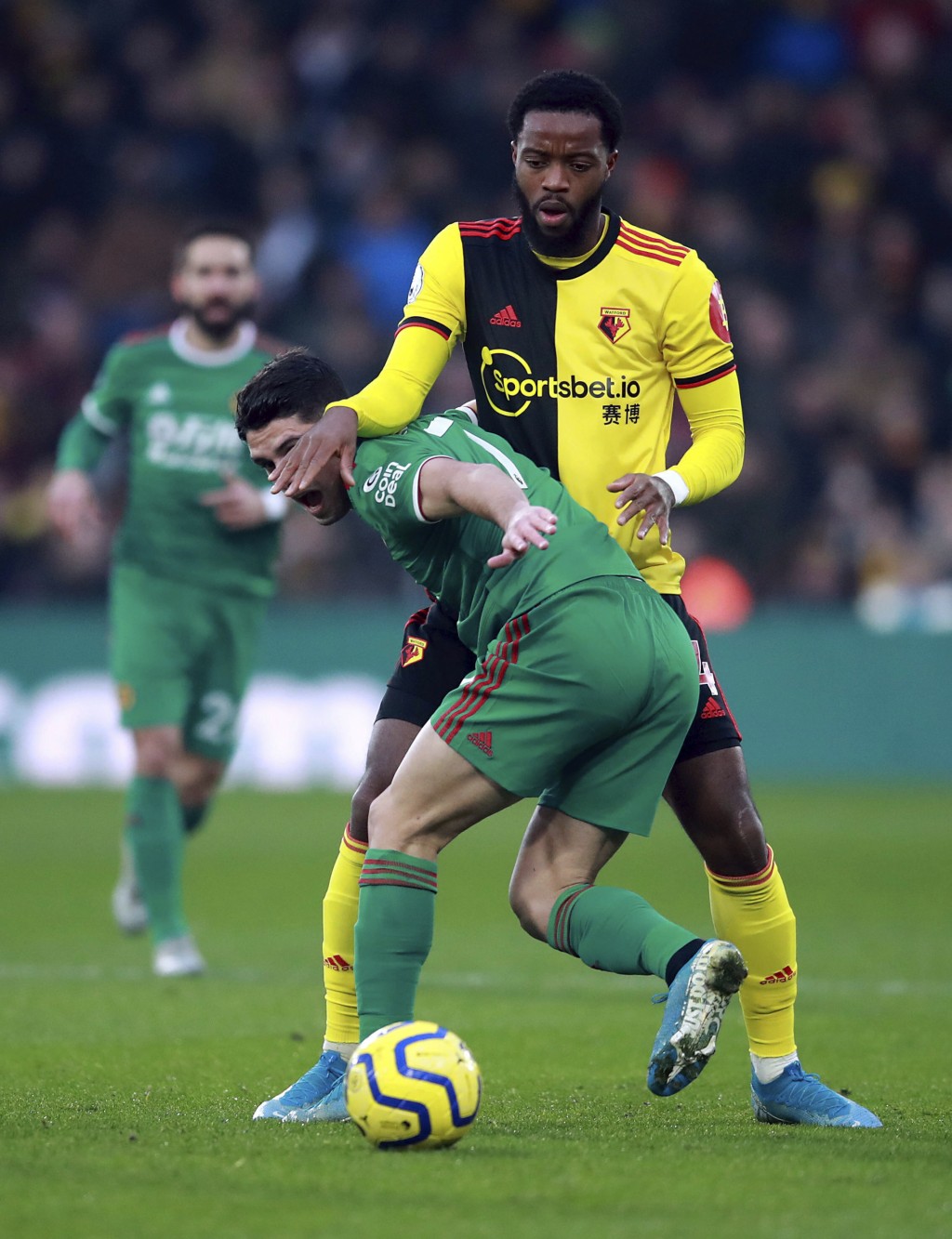 WATFORD, England (AP) — Watford hung on with 10 men to beat Wolverhampton 2-1 in the Premier League on Wednesday for its third win in four matches.

Gerard Deulofeu scored in the first half with a low shot and Abdoulaye Doucoure marked his 27th birthday by doubling the lead in the 49th minute.

But Pedro Neto pulled a goal back for the visitors on the hour mark with a shot that was deflected off Watford defender Christian Kabasele - whose afternoon got even worse when he was sent off in the 70th with a straight red card for a foul on Diogo Jota.

The win continued Watford's resurgence under Nigel Pearson, with the 19th-place team aiming to get out of the drop zone soon.