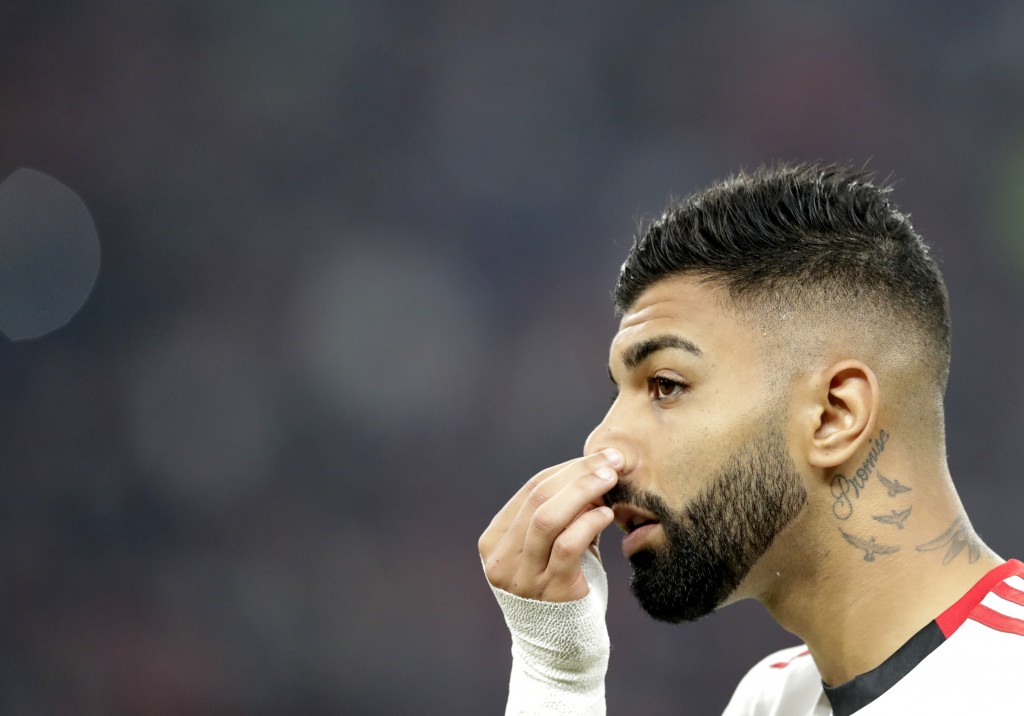 The 23-year-old Barbosa easily won the South American player of the year in a poll of sports journalists across the continent. It's organized each year by Uruguayan newspaper El País.

Barbosa was the top scorer in his Rio de Janeiro team's title-winning campaigns in the Copa Libertadores and the Brazilian championship.

He got 168 votes, the newspaper said Tuesday. His teammates Bruno Henrique and Giorgian de Arrascaeta finished second and third, with 83 and 40 votes respectively.

Barbosa, nicknamed “Gabigol,” scored 43 goals in 2019 to match Neymar's best seasons in 2010 and 2012. Barbosa also netted a last-minute brace to give Flamengo its first South American title in 38 years in November against Argentina's River Plate in the Copa Libertadores final.

Gabriel scored 25 goals in the Brazilian championship and nine in the Copa Libertadores. He failed to add to his tally at the Club World Cup in Qatar in December, when Flamengo lost 1-0 to Liverpool in the final after extra time.

The striker's loan from Inter Milan has now expired and Flamengo has offered 16 million euros to Milan to keep him.