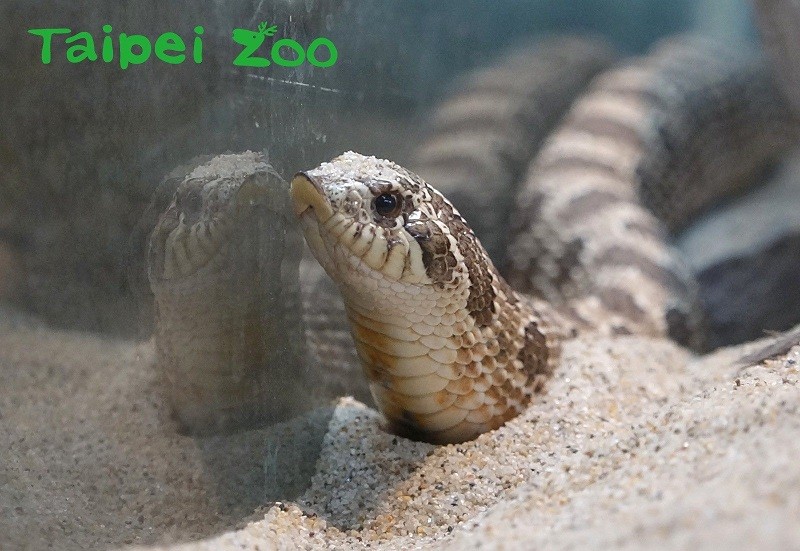 TAIPEI (Taiwan News) — Short, fat hognose snakes are cute and play dead by turning belly-up when they feel threatened, according to a Taipei Zoo press release on Tuesday (Dec. 31).

The zoo added that hognose snakes in the Amphibian and Reptile House can help people overcome their fears of snakes because they are relatively short and fat, and look "cute." Hognose snakes live in sandy and short grassland areas, and the deep brown patches on their body are a protective coloration, the zoo said.

They enter burrows and prey on frogs, toads, and small lizards, according to the zoo. Even though they are venomous, the poison is weak and only harmful to small animals like toads, the zoo said, adding they pose no threat to humans.

As hognose snakes are meek in temper, they will make hissing sounds and quickly twist their body away when faced with danger. If this does not work, they will play dead by turning belly-up and sticking out their tongue.

If that’s not enough, some hognose snakes can even emit an odor of dead bodies to make their enemies believe they are really deceased, according to the zoo. 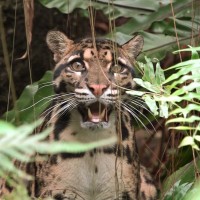 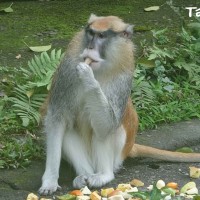