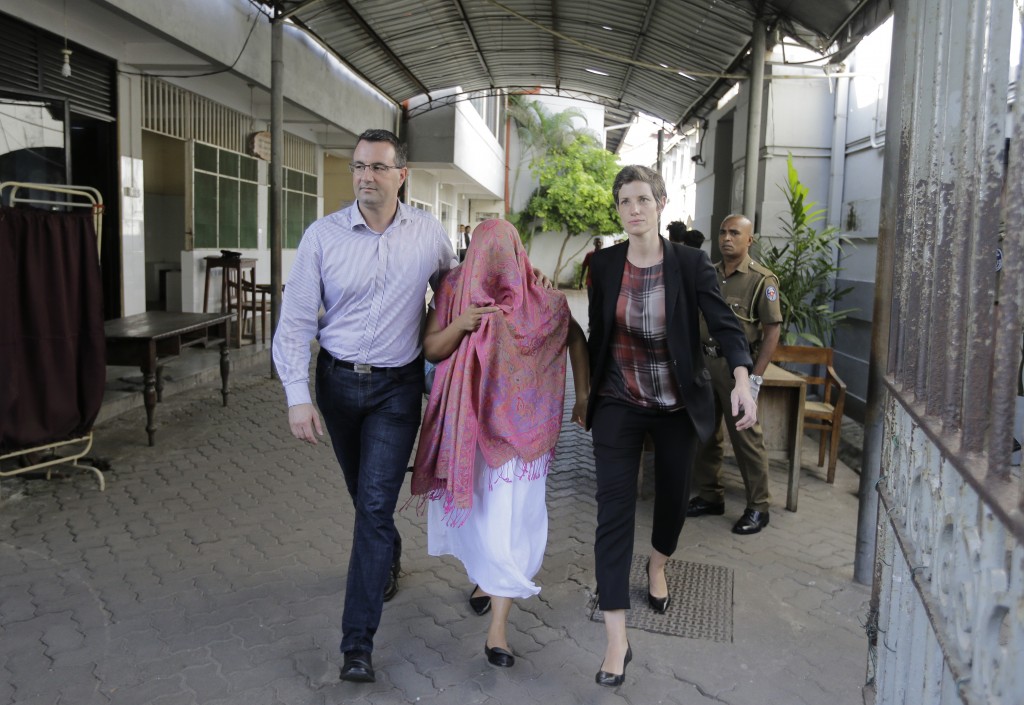 COLOMBO, Sri Lanka (AP) — The Swiss Embassy in Sri Lanka said that the safety of diplomatic missions is the responsibility of the host state, days after a local staffer who complained of being assaulted was released on bail while being investigated for maligning the government.

Before her arrest, the Sri Lankan employee had reportedly said she was abducted, held for hours, sexually assaulted and threatened by captors who demanded that she disclose embassy-related information.

She was granted bail on Monday after two weeks of detention on charges that she made statements to create disaffection toward the government and fabricated evidence.

Sri Lankan authorities have said they investigated her complaint but found no evidence to file charges against anyone.

In a diplomatic note released to the media Tuesday evening, Switzerland said it is the responsibility of any government to protect the diplomatic missions of other states.

Switzerland said the relationship between the two countries “was marred by misunderstandings surrounding” the incident. However, it said it “hoped for a swift return to an environment conducive to resuming the positive cooperation."

“Recognizing that local staff is subject to local laws, the embassy is convinced that both sides will remain attentive to the working conditions and the well-being of all staff of diplomatic missions," it said.

The Swiss foreign ministry has previously called the alleged Nov. 25 abduction of the embassy employee a “very serious and unacceptable attack” and summoned Sri Lanka’s ambassador to demand an investigation. It also criticized a lack of due process in the case.

The Sri Lankan government has insisted that evidence collected by its investigators did not support the sequence of events provided by the embassy that the woman had been abducted by captors who demanded she reveal unspecified information about the embassy.

Sri Lanka also rejected a request by the embassy to fly the employee and her family to Switzerland.

Before the woman was detained, she was summoned to Sri Lanka's Criminal Investigations Department to make statements and was subjected to medical tests and a psychiatric analysis.

Sri Lankan President Gotabaya Rajapaksa later said he had become the victim in the alleged abduction because foreign media reported about it before the facts were established and critics accused his government of carrying it out.

Silva had been investigating alleged abductions, torture, killings and enforced disappearances of journalists and activists while Rajapaksa was defense chief under the presidency of his brother, Mahinda Rajapaksa.

Gotabaya Rajapaksa has been accused of overseeing what were known as “white van” abduction squads that whisked away critics. Some were returned after being tortured, while others were never seen again. He has denied the allegations.