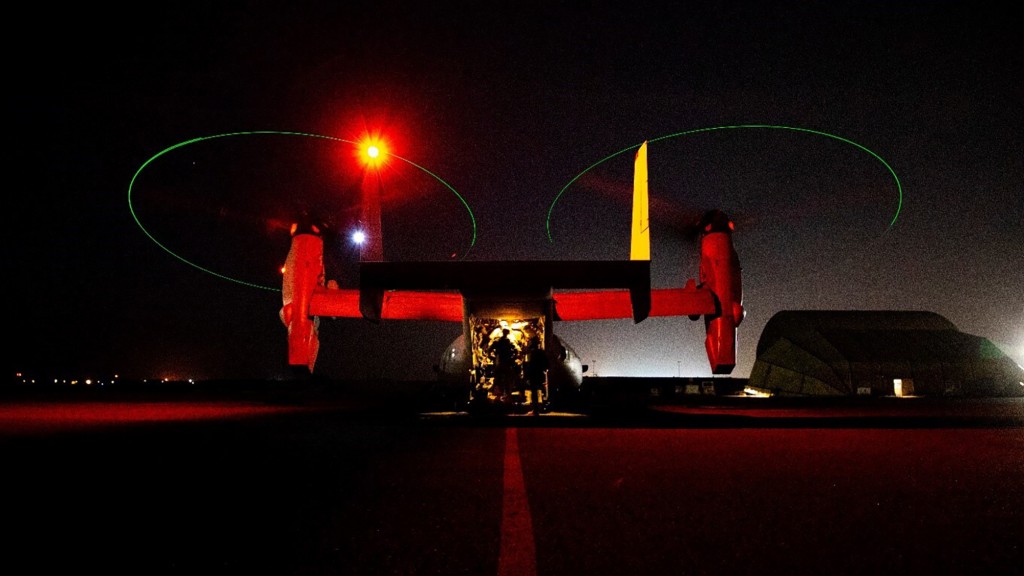 BAGHDAD (AP) — U.S. troops fired tear gas on Wednesday to disperse pro-Iran protesters who were gathered outside the U.S. Embassy compound in Baghdad for a second day.

Dozens of pro-Iranian militiamen and their supporters had camped out at the gates of the embassy in Baghdad where they stayed the night, a day after they broke into the compound, trashing a reception area and smashing windows in one of the worst attacks on the embassy in recent memory.

The U.S. Marines guarding the embassy fired tear gas as more crowds arrived and after the protesters lit a fire on the roof of the reception area. Smoke rose from the building.

The protesters are angered by deadly US airstrikes that targeted an Iran-backed militia over the weekend, killing 25 fighters.

On Tuesday, dozens of Iraqi Shiite militiamen and their supporters broke into the U.S. Embassy compound in , smashing a main door and setting fire to a reception area in one of the worst attacks on the embassy in recent memory.

President Donald Trump blamed Iran for the attack and Defense Secretary Mark Esper later announced the immediate deployment of an infantry battalion of about 750 soldiers from the Army's 82nd Airborne Division at Fort Bragg, North Carolina, to the Middle East. He did not specify their destination, but a U.S. official familiar with the decision said they will go to Kuwait.