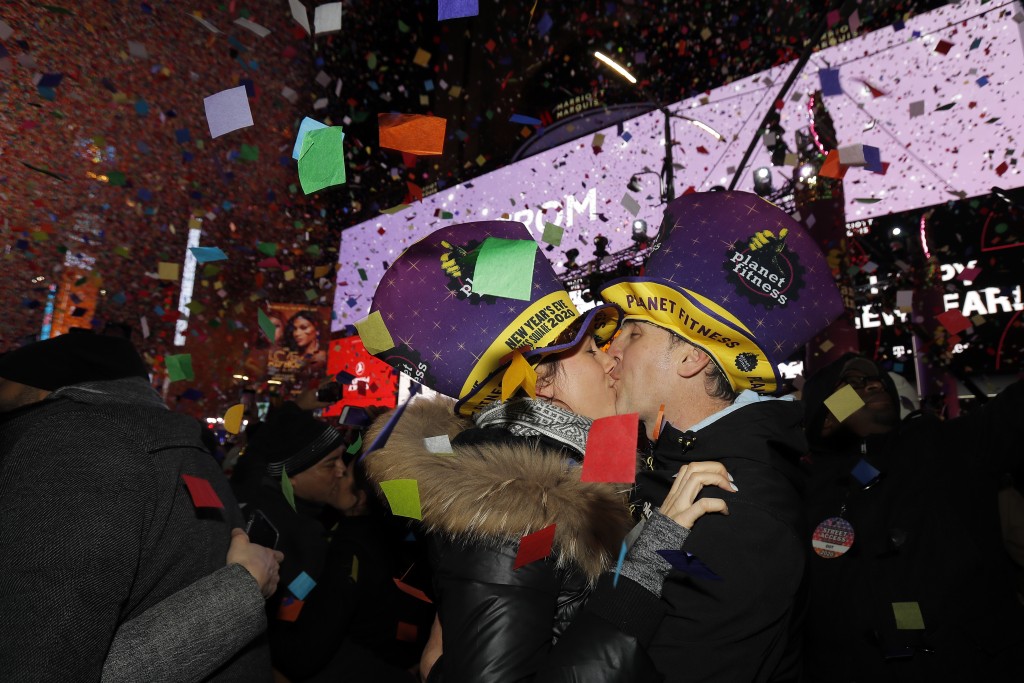 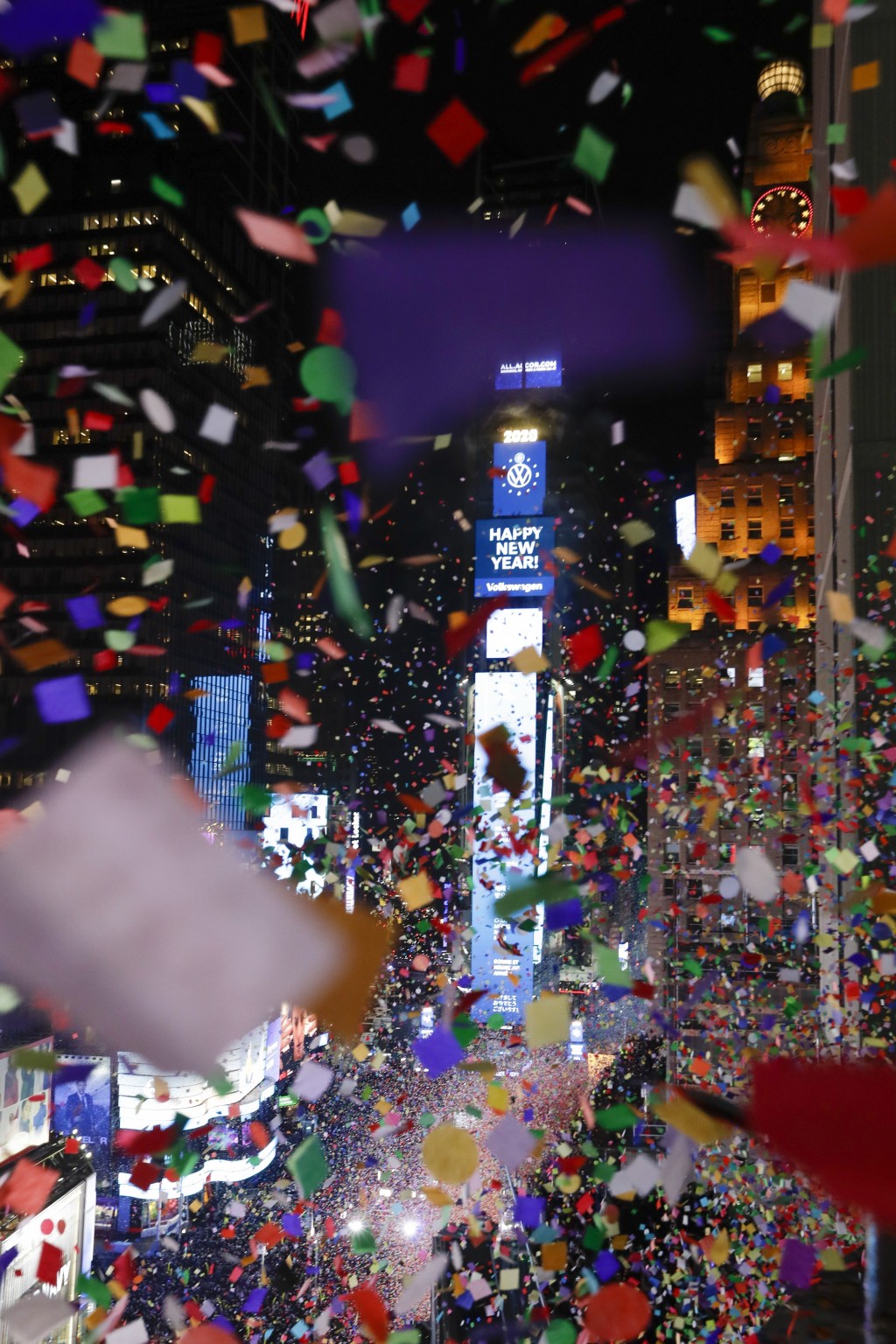 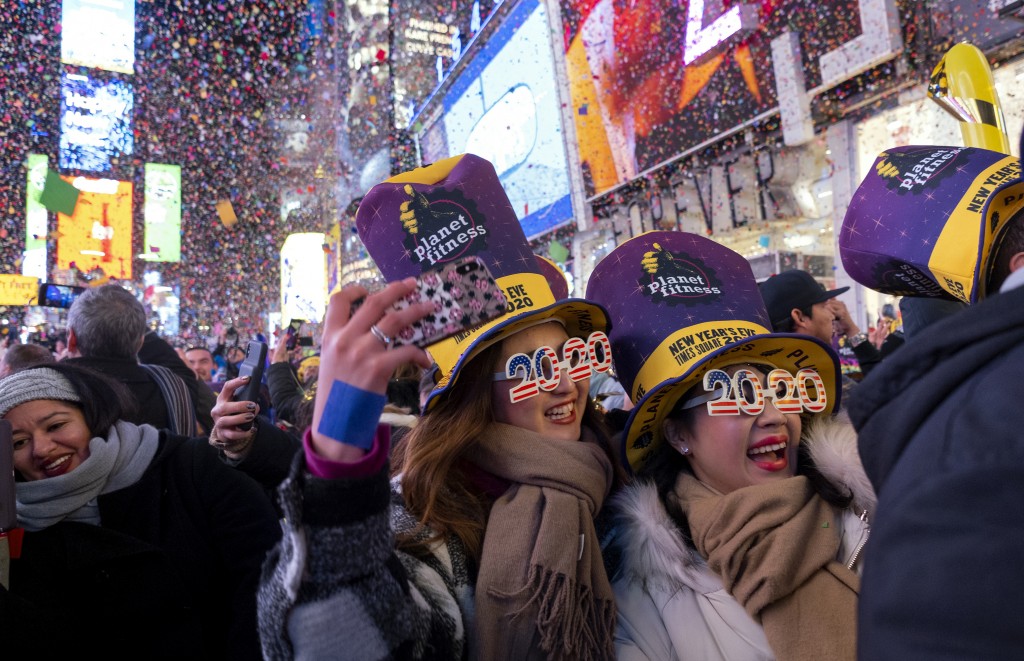 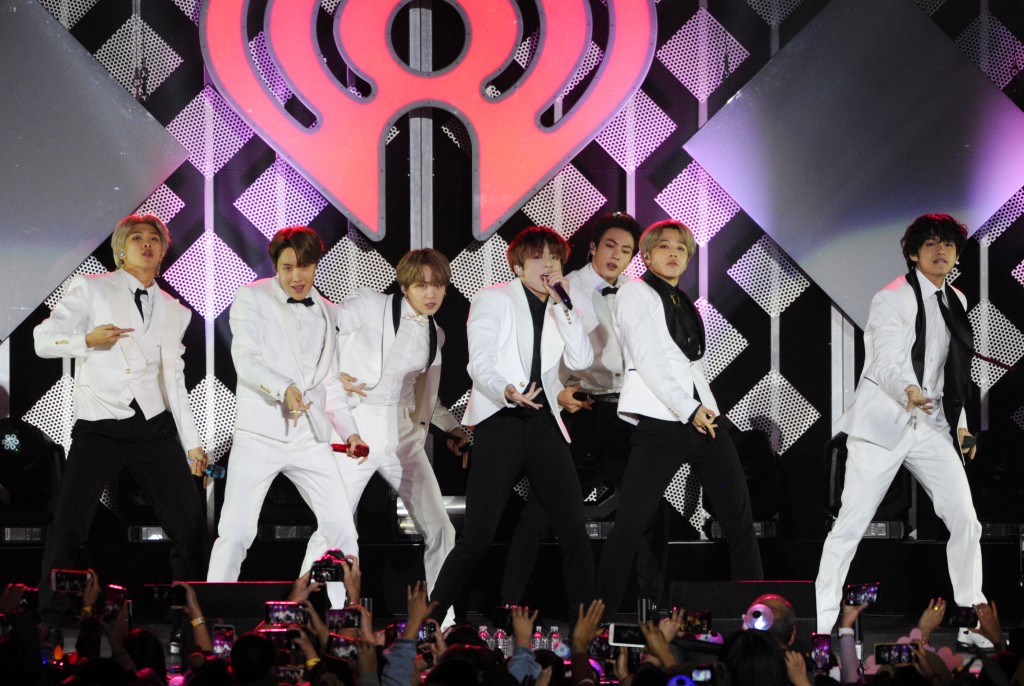 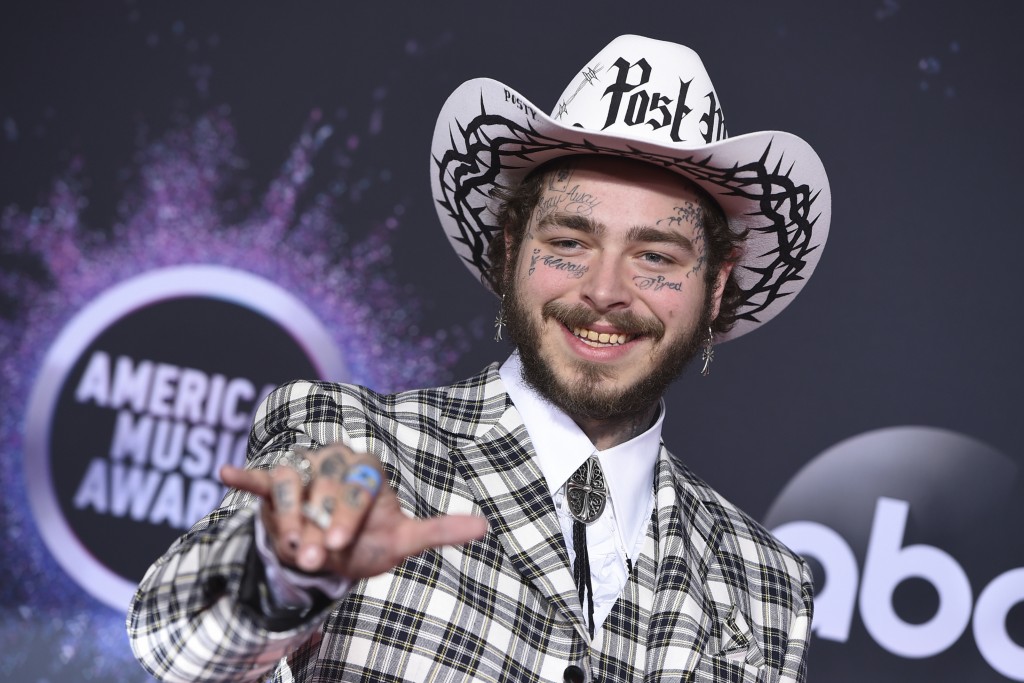 NEW YORK (AP) — Couples kissed. Others cheered and waved balloons as fireworks burst into the night sky and confetti fell to welcome the start of 2020 in New York City's Times Square.

In one of the globe's most-watched New Year's Eve spectacles, the crowd counted down the last seconds of 2019 as a luminescent crystal ball descended down a pole. Throngs of people cheered and sang along to the X Ambassadors' soul-stirring rendition of John Lennon's "Imagine" just before midnight.

About 3,000 pounds (1,360 kilograms) of confetti showered the sea of attendees, many of whom were also briefly rained on earlier in the evening as they waited in security pens for performances by stars including rap-pop star Post Malone, K-pop group BTS, country singer Sam Hunt and singer-songwriter Alanis Morissette.

The frenzied moment of celebration came after many hours of waiting for much of the crowd.

Eric and Aileen Sanchez-Himes brought their son and nephew from Framingham, Massachuetts, to experience what they consider a “bucket list item.” Eric packed granola bars and water in his coat in case they got hungry. They arrived at 10:30 a.m.

“I grew up in New York, in Brooklyn and the Bronx and I’ve never done this and this was the first time for us and what better year than 2020 to do this," Aileen said.

Mathieu Plesotsky, 25, visiting from Hesse, Germany, said he wanted to be a part of the spectacle after watching it for years on TV. He arrived in Times Square at 1 p.m. with his girlfriend and bopped along to the performers while waiting for the ball to drop.

"We’ve just stayed, stand, tried not to pee, danced to the Village People,” he said.

Ever since the NYPD tightened security and began cracking down on public drinking years ago, Times Square on New Year’s Eve has been an endurance contest as much as a raucous celebration.

Many people arrive before noon to get a spot close to the action. Alcohol is banned. Spectators enter through a security screening gauntlet to enter pens they cannot leave, including to use the bathroom, if they hope to return.

The weather can be brutal.

When revelers rang in 2018, it was only 10 degrees Fahrenheit (minus 12 Celsius). For the dawn of 2019, rain poured throughout the evening, leaving puddles on the performance stages.

The weather seemed perfect Tuesday, until it wasn’t. Rain, which wasn’t in the forecast, briefly drenched the crowd just before 8:30 p.m.

Still, the celebration was a once-in-a-lifetime experience for many.

“It was a dream, I wanted to do it so this year a lot of people helped me to get here so I’m here, and I’m thankful for that," said Mariemma Mejias, 48, who flew to New York for the festivities from San Juan, Puerto Rico.

Amanda Camacho, 25, from Heredia, Costa Rica, said she and her mother spent their evening in the security pens "talking to people and meeting people and sharing," Camacho said.

While giddiness was expected to prevail at the televised event, some important global issues will be driven home, as well.

The Associated Press presented a news reel highlighting the most memorable events of 2019.

High school science teachers and students, spotlighting efforts to combat climate change, were to help press the button that begins the famous 60-second ball drop and countdown to 2020, followed by 3,000 pounds (1,360 kilograms) of confetti.

Thousands of police officers were on hand for the festivities, plus more than 1,000 security cameras, helicopters and drones equipped with thermal-imaging and 3D-mapping capabilities and super-zoom lenses.

Christina Genovese and Jessica Vanich, friends from Buffalo, New York, said the security line was about 30 minutes long when they arrived at 10:30 a.m.

“It’s not as cold as Buffalo so we’re OK,” Genovese said.