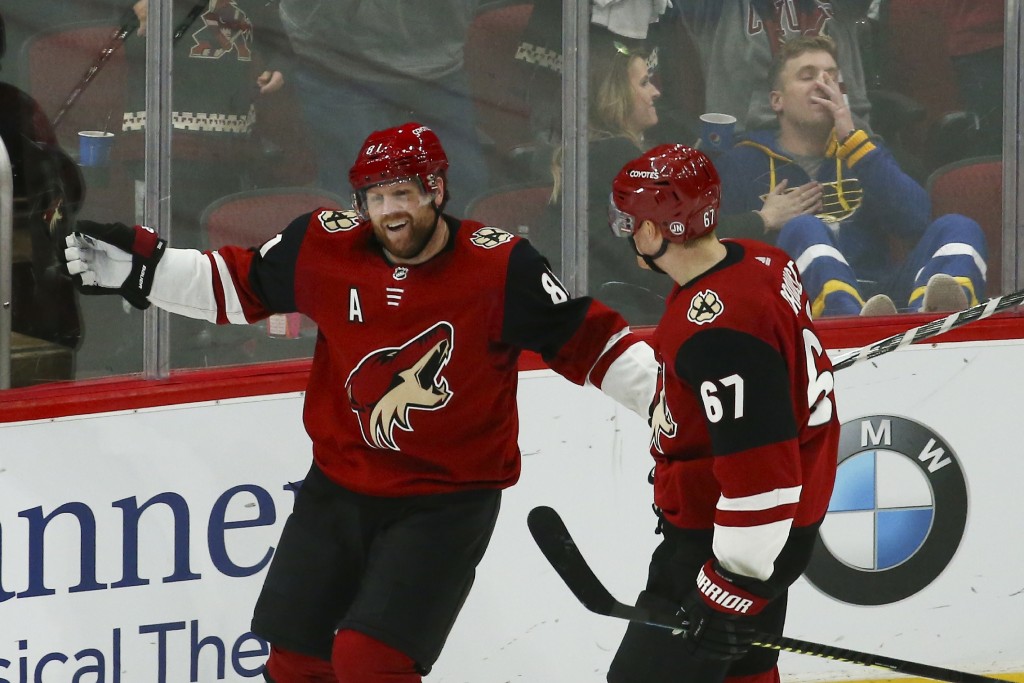 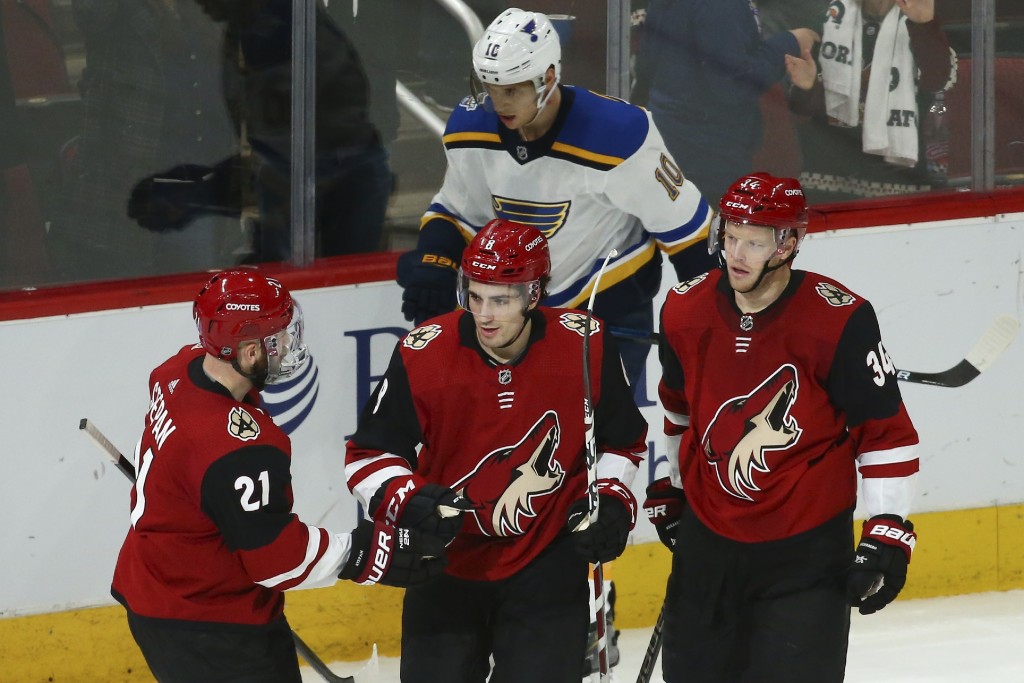 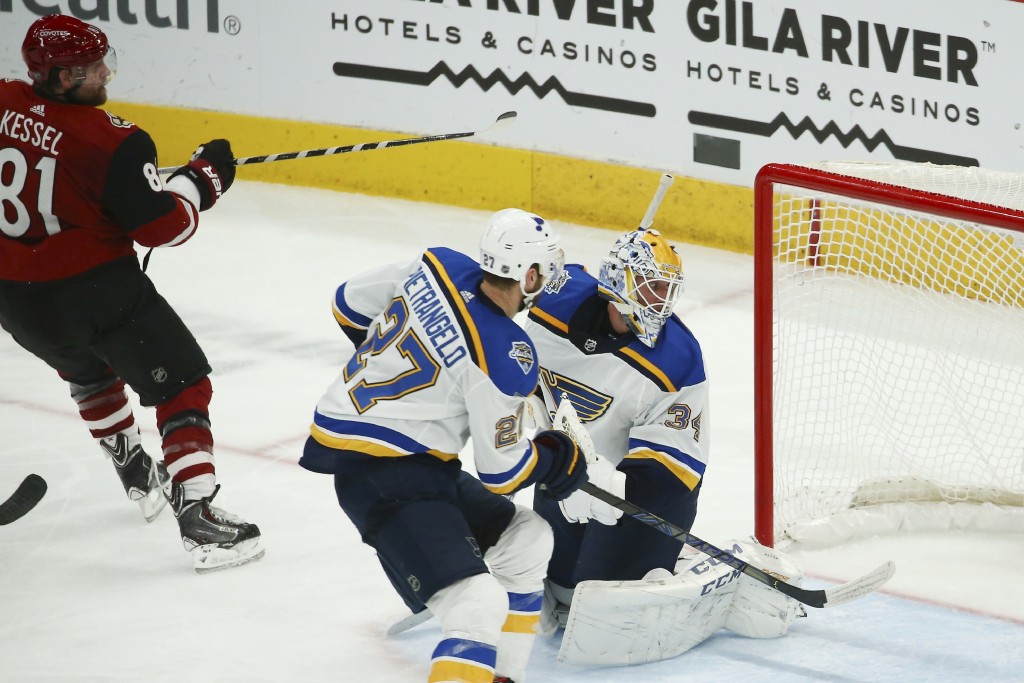 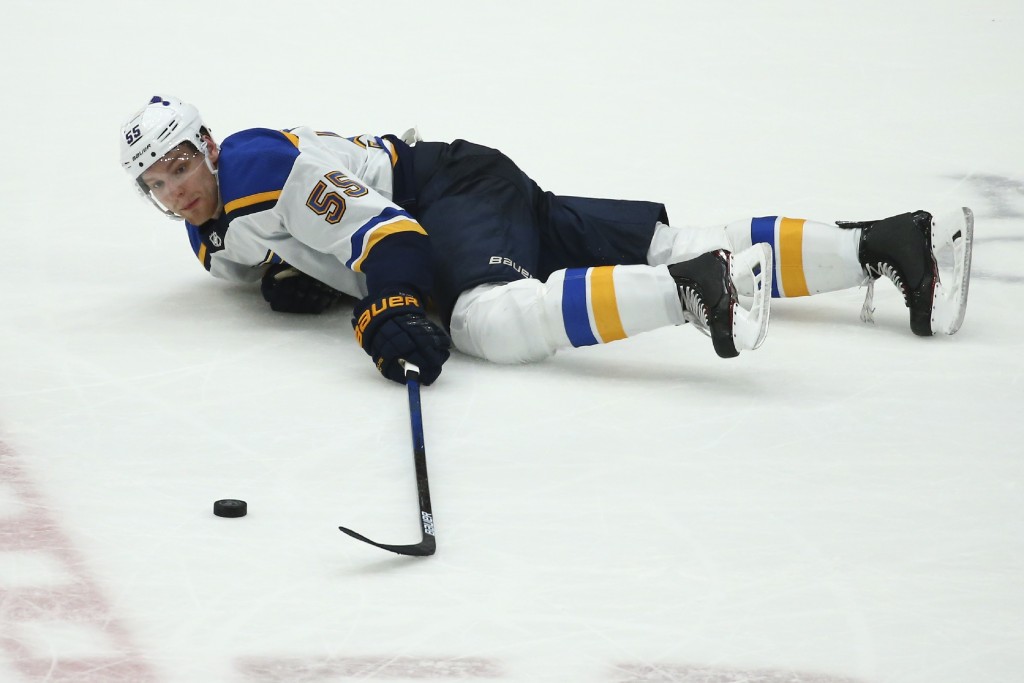 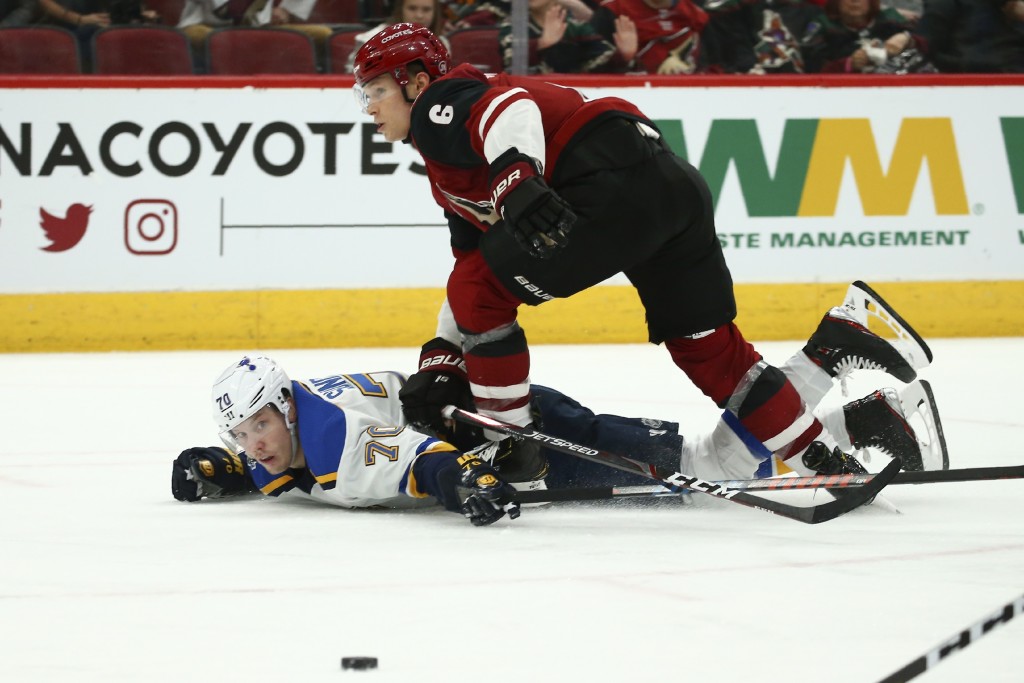 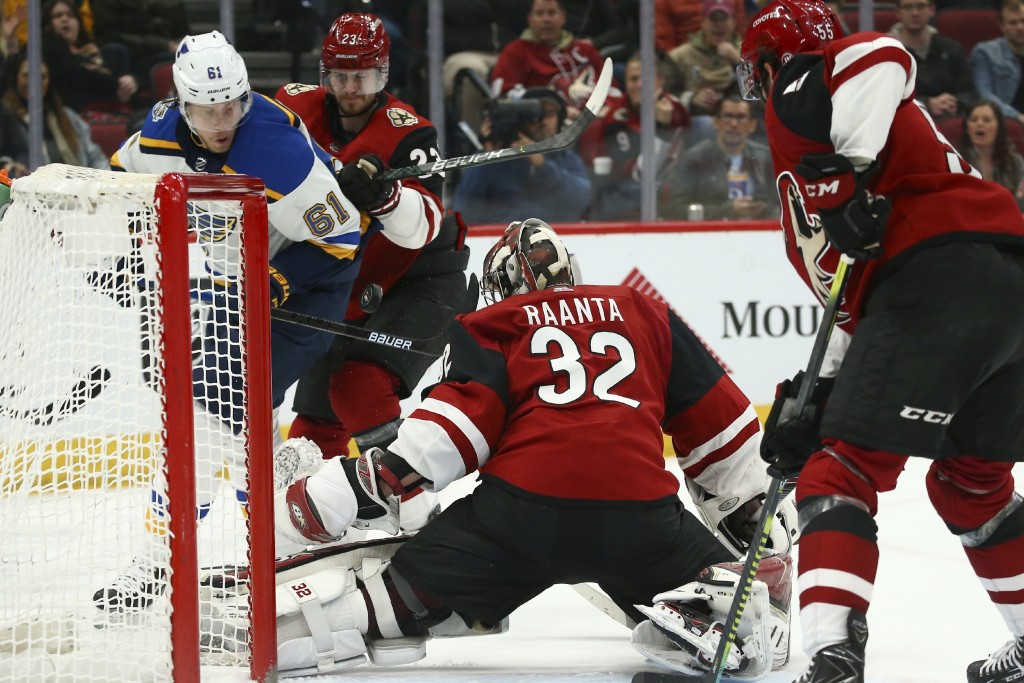 Kessel took a pass from Lawson Crouse behind two defenders and buried one to make it 2-1 7:20 into the third period.

Schmaltz raised his team-leading point total to 32. The Coyotes earned the 1,300th win in franchise history.

Tyler Bozak scored the Blues’ only goal. The Blues ended up 0 for 4 on power plays and lost despite outshooting the Coyotes 38-27. St. Louis failed to score on a power play for the first time in five games.

The Coyotes had been 0 for 11 over their last four games on the power play before going 2 for 4 on Tuesday.

Garland went high over goaltender Jake Allen’s glove with four seconds left on the Coyotes’ first power play to give Arizona the lead at 8:05 of the first period. It gave Garland his team-leading 14th goal.

The Blues tied it at 14:53. With the Coyotes unable to clear the puck from their zone, Alex Steen drove in and backhanded a pass to Bozak for his eighth goal of the season.

The Coyotes finished the first period on a four-minute power play, thanks to a double minor for holding and unsportsmanlike conduct against the Blues’ Ivan Barbashev. St. Louis kept Arizona from scoring, drawing cheers from Blues fans.

St. Louis went on a 5-on-3 power play early in the second period after a tripping call against Raanta and a hooking penalty on defenseman Oliver Ekman-Larsson. The Blues couldn’t convert.

Arizona’s Vinnie Hinostroza hit the crossbar with a shot at 5:59 of the second period. Despite several chances for both teams, neither managed a goal in the second 20 minutes.

Allen had 23 saves for St. Louis, which lost for just the fifth time in regulation time on the road this season.

NOTES: Blues D Justin Faulk played his 600th career game. ... St. Louis has lost six of its last seven games to Arizona, and has been outscored 25-11 in those games. ... Coyotes F Michael Grabner was scratched, missing his third game of the season. F Michael Chaput, called up from Tucson of the AHL on Monday, was also scratched, as was D Aaron Ness. ... C Derek Stepan played Tuesday and registered an assist after taking a jarring hit in the second period of last Sunday’s 4-2 loss to Dallas, and leaving the game. ... The Coyotes saluted currently injured goaltender Darcy Kuemper, announcing his All-Star designation to the crowd in the first period.