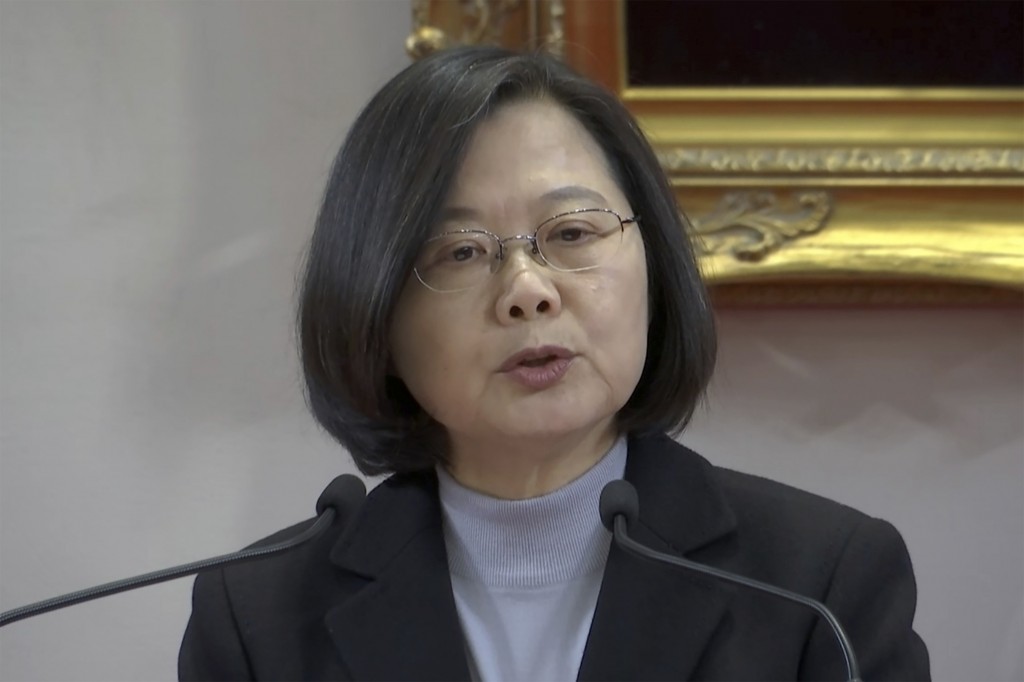 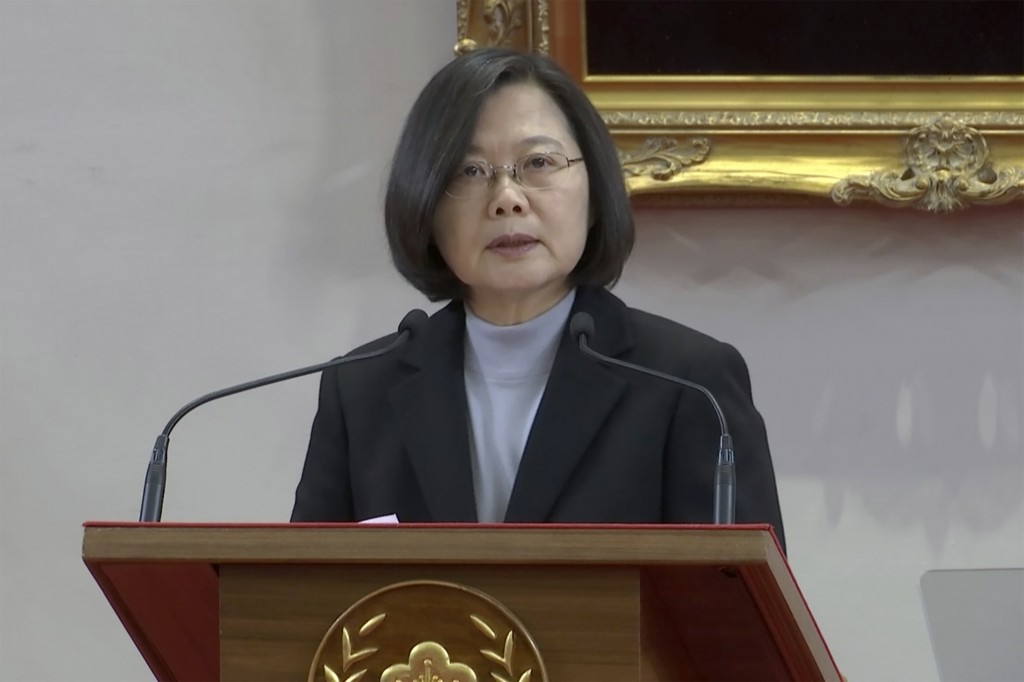 TAIPEI, Taiwan (AP) — China has been relentless in its attempts to influence and infiltrate Taiwan's politics and society but the island's new ban on political interference should have no effect on normal exchanges between the sides, Taiwan's president said in her New Year's address.

The Anti-Subversion Law that obtained a third and final approval in Taiwan's legislature Wednesday aims to prevent illegal campaign contributions, staging of political events, the spread of misinformation and other acts by foreigners that could affect Taiwan's elections or the work of government. It was denounced by the opposition and by China's Cabinet as overly broad and an attack of exchanges between the sides, but President Tsai Ing-wen defended it as having no effect on normal interactions.

The law's passage “won't have any effect on freedom or violate human rights and won't influence normal commercial exchanges. It will simply provide greater guarantees from Taiwan's freedom and democracy," Tsai said.

Given China's similar actions in other countries, Taiwan's failure to prevent interference could give the impression it is untroubled by Beijing's actions, Tsai said.

Tsai cited the continuing protests in Hong Kong as proof its governing framework, which Beijing proposes for Taiwan, is untenable.

“China's goal is very clear and that is to compel Taiwan to make concessions on the question of sovereignty under duress,” Tsai said. “Yet in Hong Kong, where ‘one country, two systems' is in effect, the situation has just gotten worse and worse. Democracy and authoritarianism ... cannot co-exist in the same country."

Tsai said Taiwan would emphasize in the coming year that China's policies cause instability in the Taiwan Strait, and that Taiwan would not exchange sovereignty for short-term economic gains. China has repeatedly offered benefits to Taiwanese who choose to work and study on the mainland and hundreds of thousands are believed to have taken advantage of the lower costs and greater opportunities in the Chinese market.

That poses the prospect of a “brain drain" of talented Taiwanese to the advantage of China's economy while furthering Beijing's goal of breaking down resistance to the possibility of future political unification between the sides. Recent surveys show around 80 percent of Taiwanese reject the idea of political union with China, with most backing the island's current status of de facto independence.

Tsai is favored to win a second term during elections for president and the legislature on Jan. 11.

China cut contacts with Tsai's government shortly after her 2016 election and her potential reelection raises the possibility Beijing will intensify its campaign of economic, military and diplomatic pressure over her refusal to agree to Beijing's claim that Taiwan is a piece of Chinese territory that must be reclaimed. China threatens to use force to annex the island if peaceful means fail.