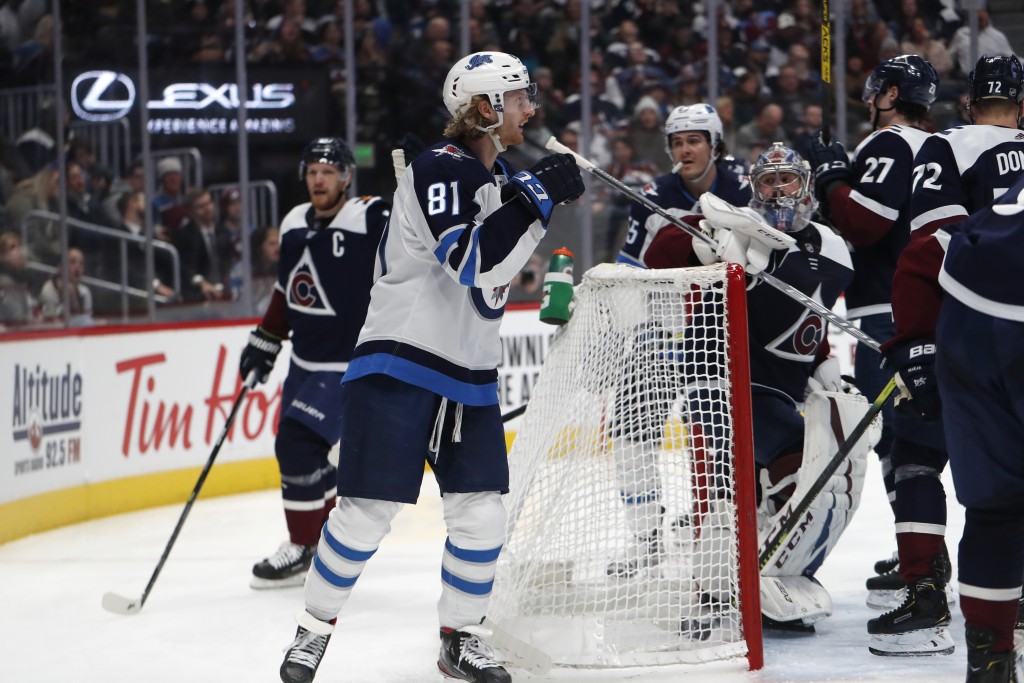 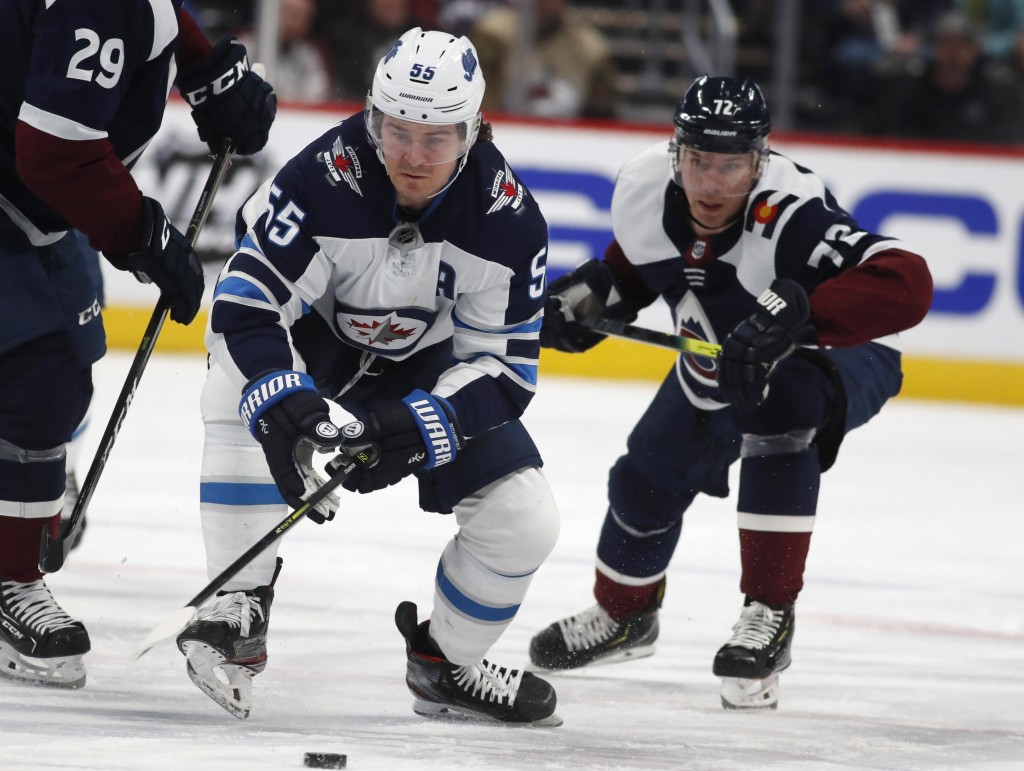 Connor's second goal broke a 3-all tie and came just seven seconds into Winnipeg's only power play of the game. He got his 20th of the season and his hat trick when he roofed a backhander at 16:31 of the third.

Connor's only other hat trick came in the playoffs last spring.

Wheeler has 19 goals and 50 points in 36 career games against Colorado. Scheifele has 27 points in 26 games.

Nathan MacKinnon had two goals and Gabriel Landeskog and Nazem Kadri scored for the Avalanche. Colorado is 1-4-1 in its last six games despite outshooting the Jets 43-26. Philipp Grubauer stopped 19 of 24 shots he faced.

Connor tipped his own rebound over Grubauer midway through the second and MacKinnon's one-timer at 13:47 made it 2-2. Winnipeg took a 3-2 lead into the intermission when Scheifele beat Grubauer with a slap shot.

The Avalanche again tied it when Landeskog scored his 10th of the season on a power play at 7:15 of the third.

NOTES: Sam Girard and Erik Johnson had two assists each for Colorado. ... The Jets are 5-3 on New Year's Eve since relocating to Winnipeg in 2011. The Avalanche are 4-3-2 in Dec. 31 games since moving to Colorado in 1995. ... Avalanche D Cale Makar is the team's Last Men In candidate to be part of the Central Division team in the All-Star Game. Voting starts Wednesday and goes through Jan. 10.