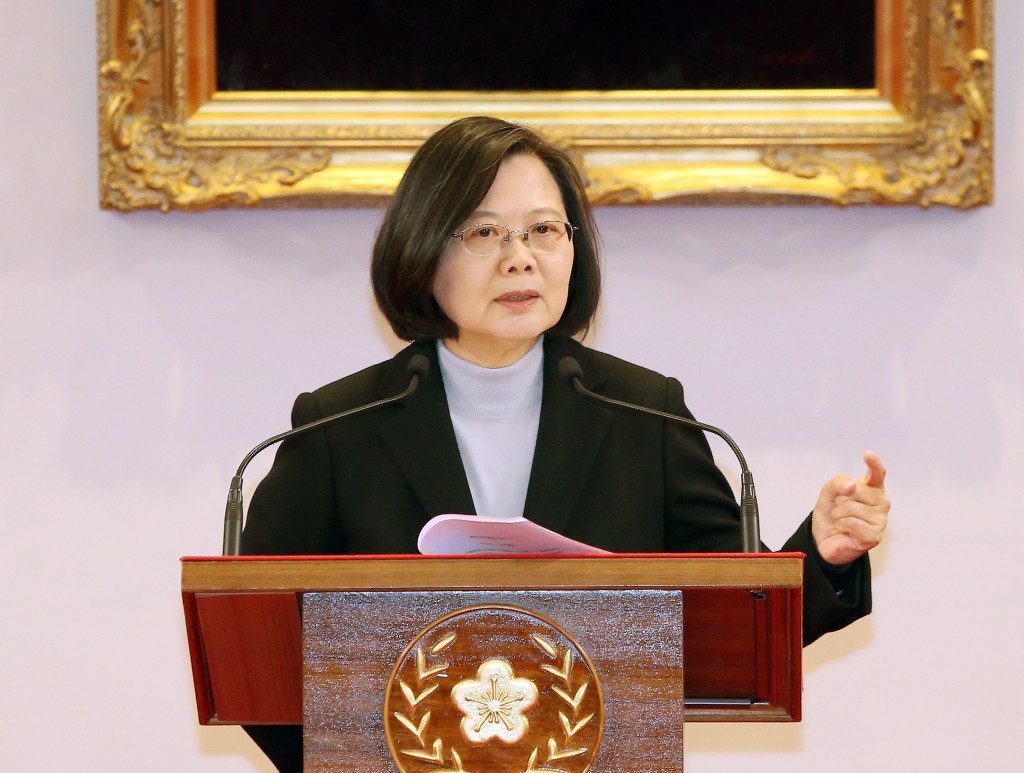 TAIPEI (Taiwan News) — President Tsai Ing-wen (蔡英文) delivered an address on New Year’s Day that highlighted how she would safeguard the sovereignty of Taiwan, as she seeks a fresh mandate from the public in the forthcoming elections.

The New Year's talk focused on the controversial Anti-Infiltration Act, which was rammed through at the Legislative Yuan on Tuesday (Dec. 31) despite fierce opposition in some quarters. The law, aimed at countering foreign interference primarily from China, has been criticized by the Kuomintang (KMT) party, which favors closer ties with China.

Tsai sought to make assurances the legislation would not infringe upon the freedoms and rights of the people, nor would it affect normal exchanges between the two sides of the Taiwan Strait. Only acts instructed, commissioned, and sponsored by Beijing that meddle in Taiwanese society would be ruled as unlawful, she stressed.

Tsai, who proposed the “four musts” in her previous New Year's talk that urged China to respect the democratic values of Taiwan, presented another “four acknowledgments” this year. The notions reflect her observations on the challenges ahead for the cross-strait relationship.

It is China that has jeopardized the status quo of the Taiwan Strait, she insisted, adding Beijing is leveraging the so-called "1992 Consensus" to “hollow out” the island nation. She also warned against trading the country’s sovereignty for short-term economic benefits, while calling upon the public to stay vigilant against China’s all-out infiltration campaign.