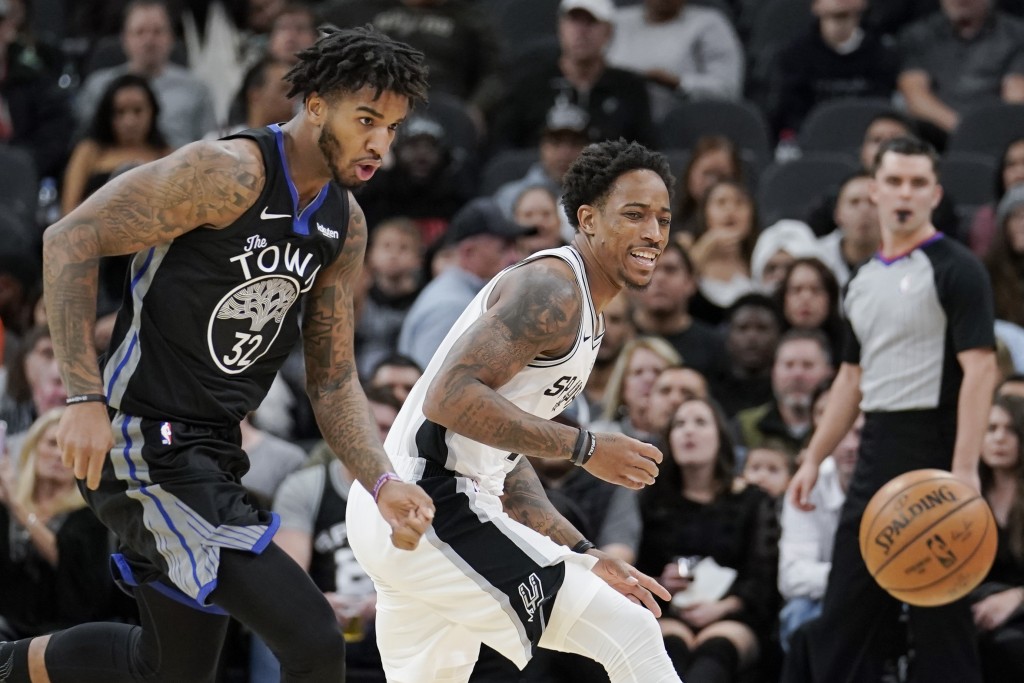 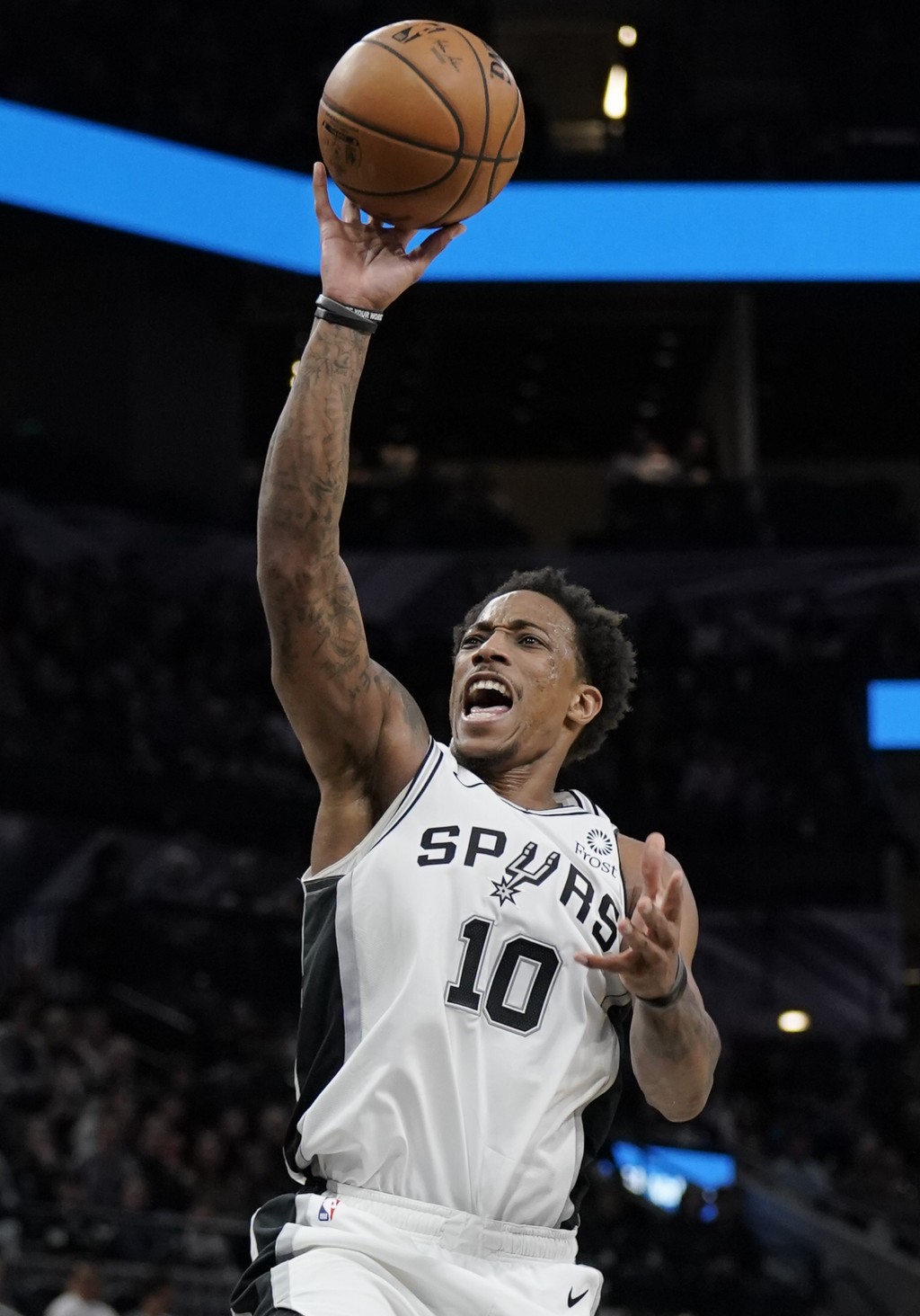 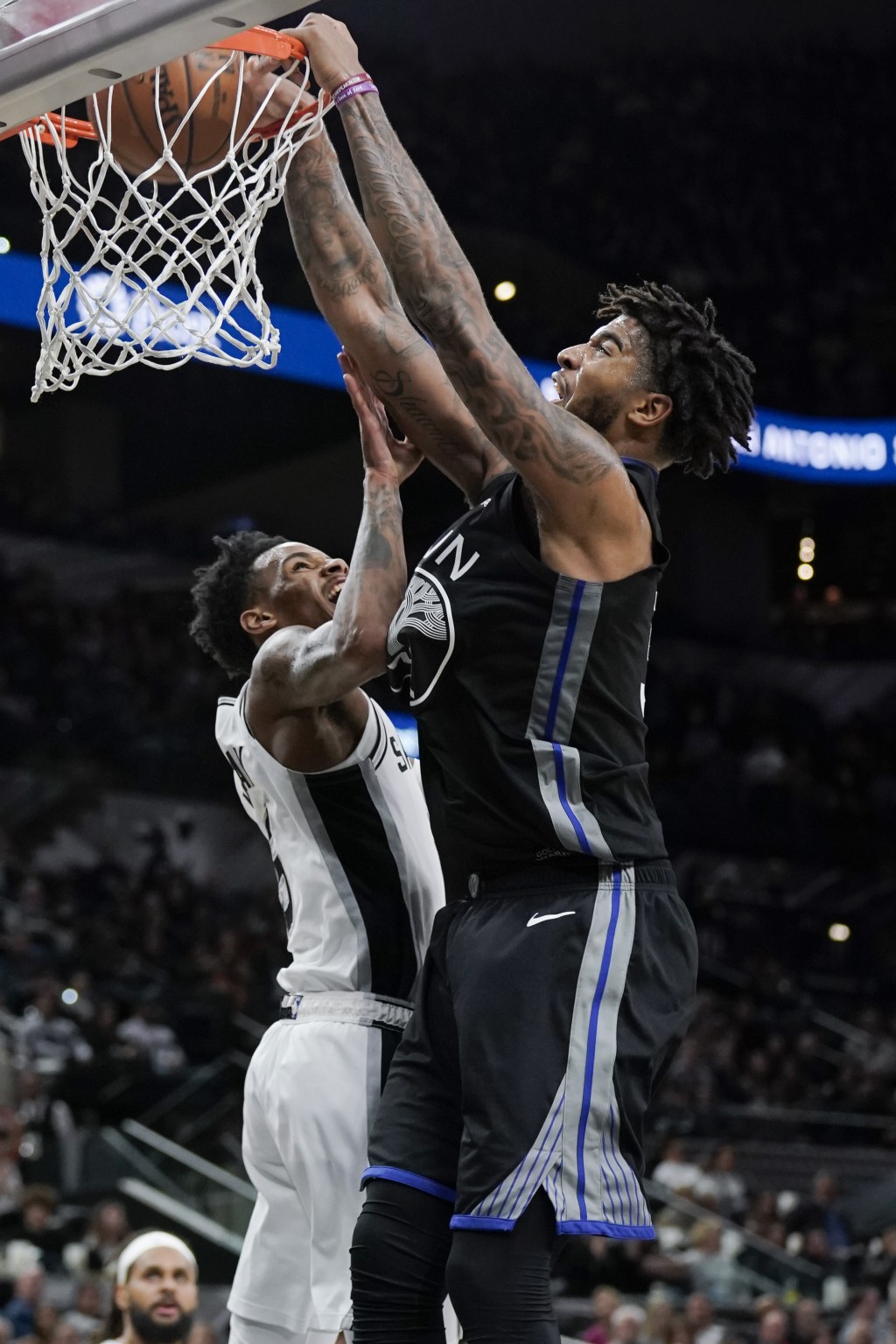 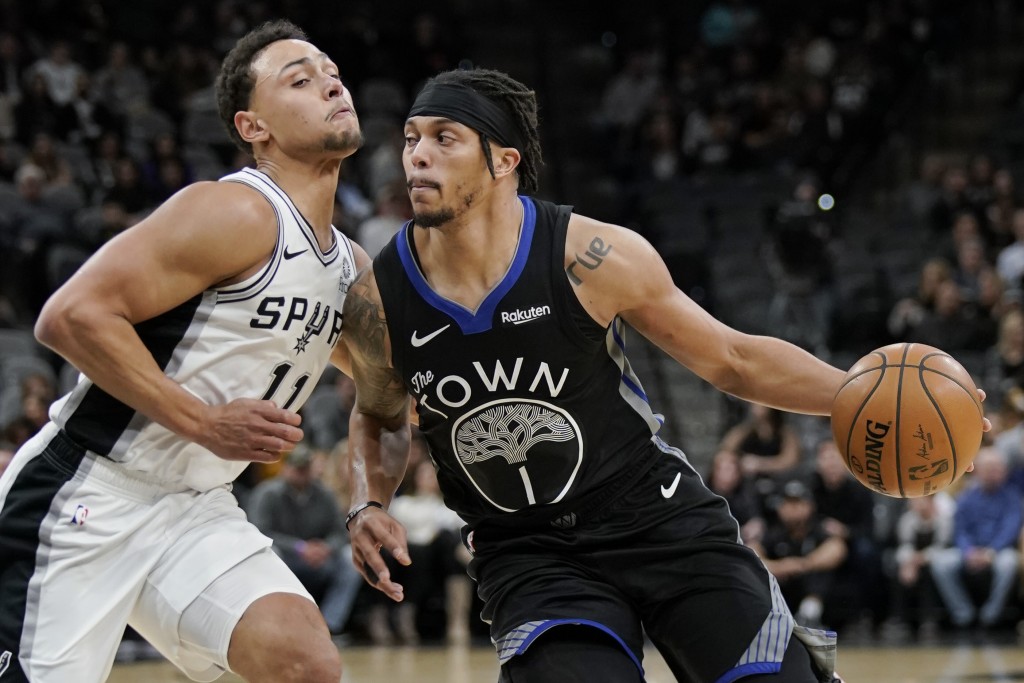 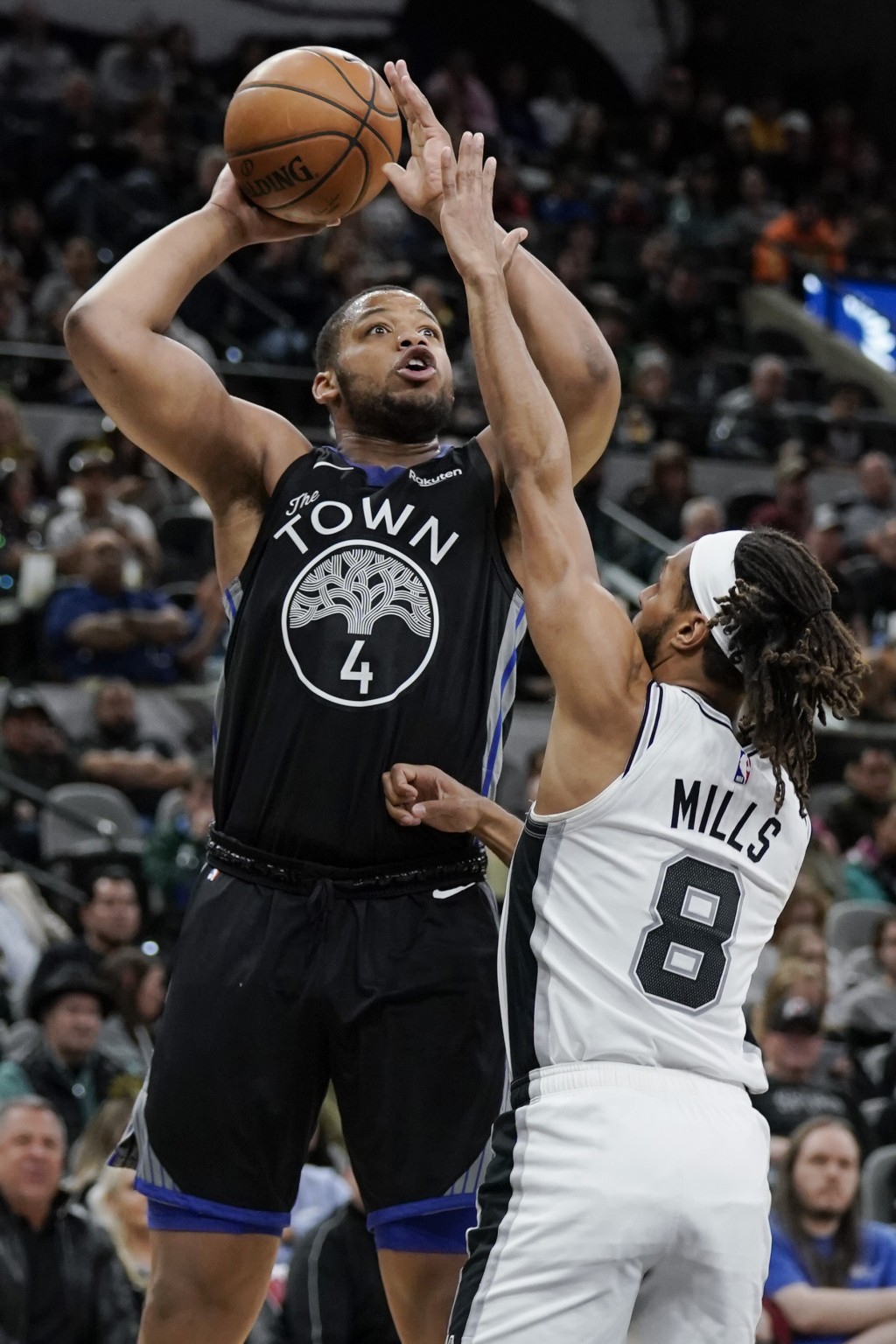 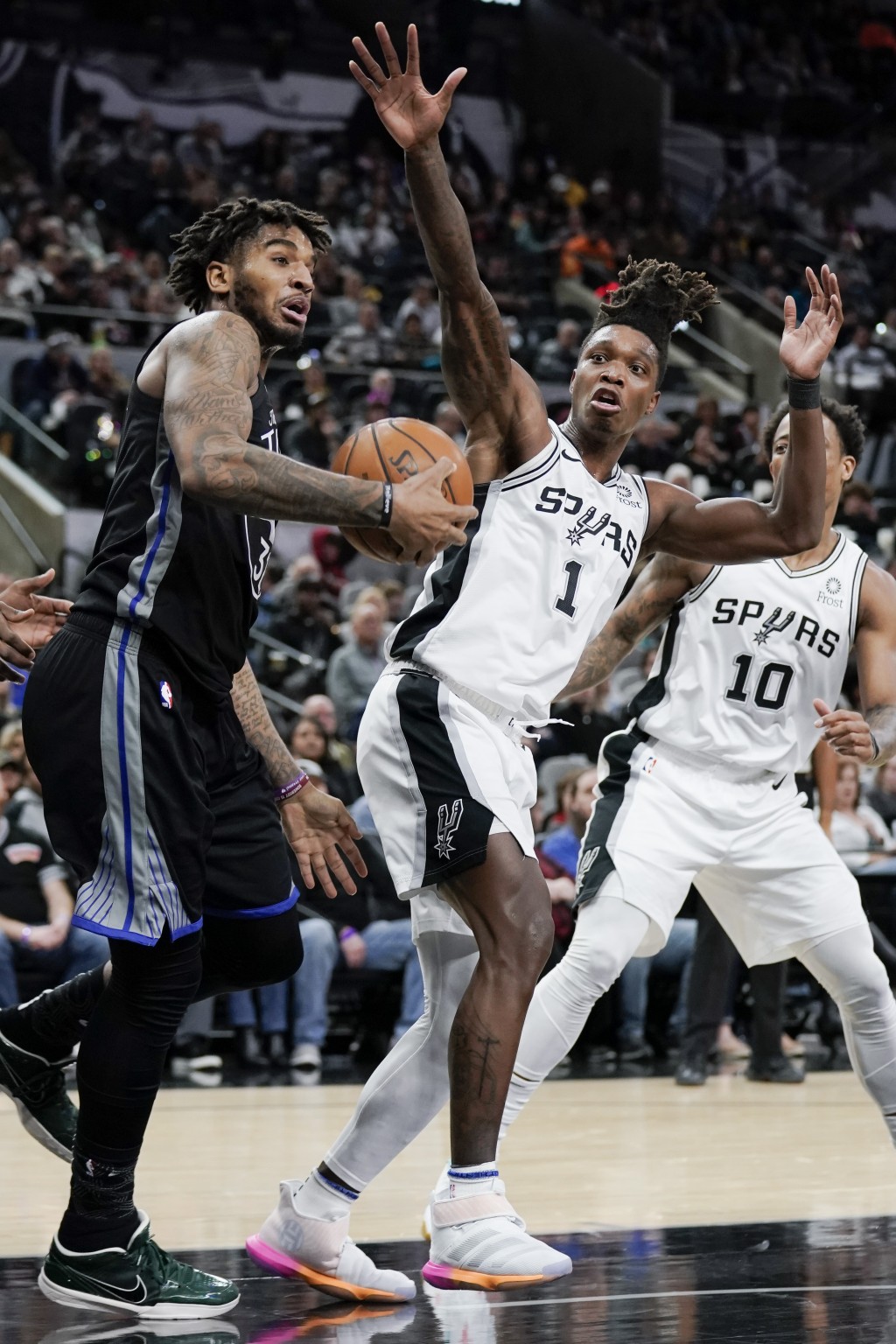 SAN ANTONIO (AP) — DeMar DeRozan had 24 points and the San Antonio Spurs escaped with a 117-113 overtime victory over the short-handed Golden State Warriors on Tuesday night.

Dejounte Murray scored seven of his 15 points in overtime, and San Antonio won its eighth in 13 games. LaMarcus Aldridge added 17 points and 12 rebounds, and Patty Mills had 18 points.

Alec Burks had 28 points and Glenn Robinson III added 25, including 15 in the first quarter, for Golden State.

The Warriors — already without stars Stephen Curry and Klay Thompson long-term — were without starters D’Angelo Russell and Willie Cauley-Stein. Draymond Green had 10 points, 10 rebounds and nine assists in 36 minutes.

The teams traded the lead four times and were tied twice in the final 3 minutes of regulation.

DeRozan’s 17-footer with 17.1 seconds left gave San Antonio a 100-98 lead, but Robinson tied it eight seconds later with a 21-footer set up by Green’s shovel pass. Aldridge missed a 15-footer at the close of regulation.

Golden State grabbed a 51-42 lead in the second quarter as San Antonio went scoreless for three minutes. Aldridge ended the drought with an off-balance, fadeaway 3-pointer as the shot clock expired.

The Warriors were 12 for 27 on 3-pointers, including consecutive 3s to open the second half and stretch their advantage to 61-53 in the third quarter.

Warriors: Golden State coach Steve Kerr said Russell, who injured his right shoulder in a collision with Dallas' Luca Doncic on Saturday, will be evaluated Wednesday. ... Golden State started its 16th different lineup in 35 games this season. ... The Warriors have had 99 players appear in at last one game since Jan. 1, 2010. ... Kerr clarified the status of Cauley-Stein, who was listed as “doubtful” due to an undisclosed illness. “Willie is not in San Antonio, so he’s beyond doubtful,” Kerr joked.

Spurs: San Antonio coach Gregg Popovich and the Spurs closed the decade with 554 victories, the most by any coach and franchise in the league. Oklahoma City was second with 514 wins and Golden State third with 505. Clippers coach Doc Rivers, who previously coached in Boston, is second to Popovich with 493 victories.

Warriors: At Minnesota on Thursday night.