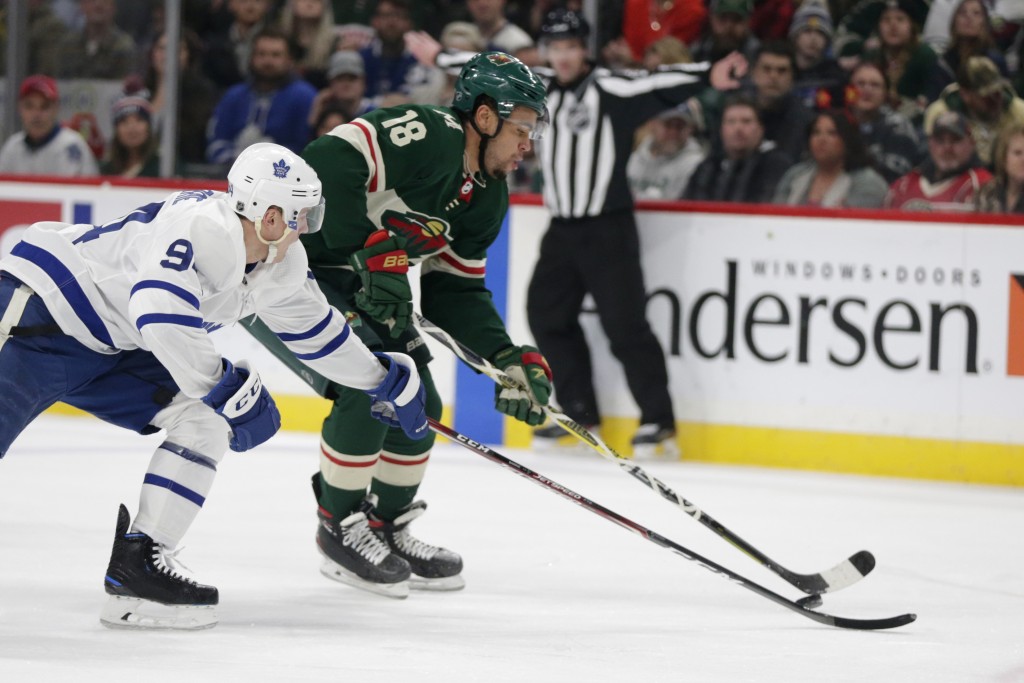 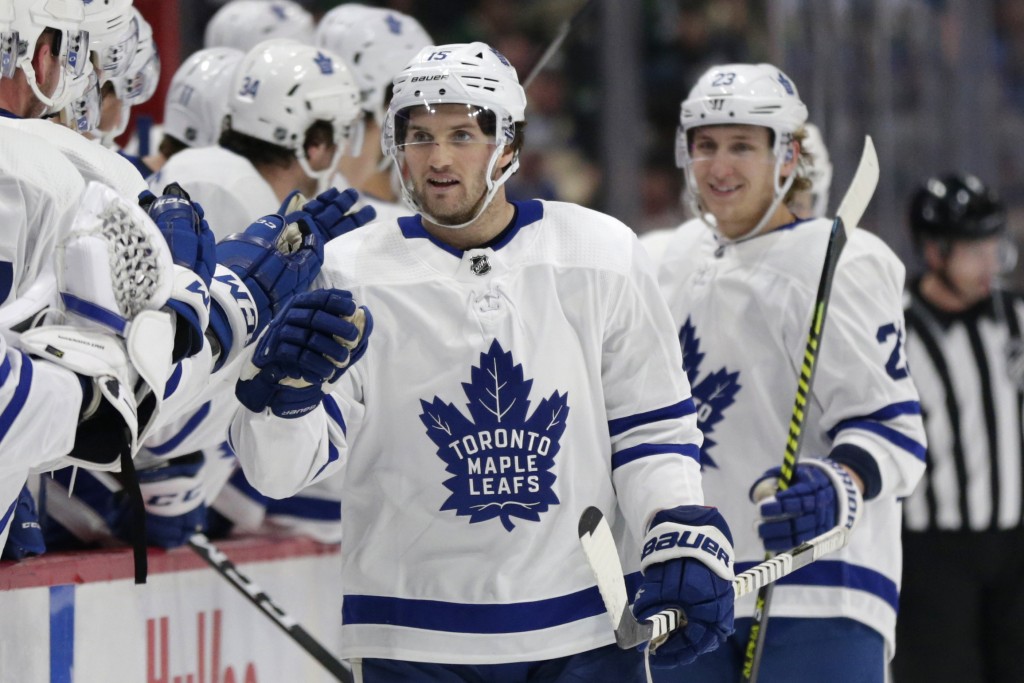 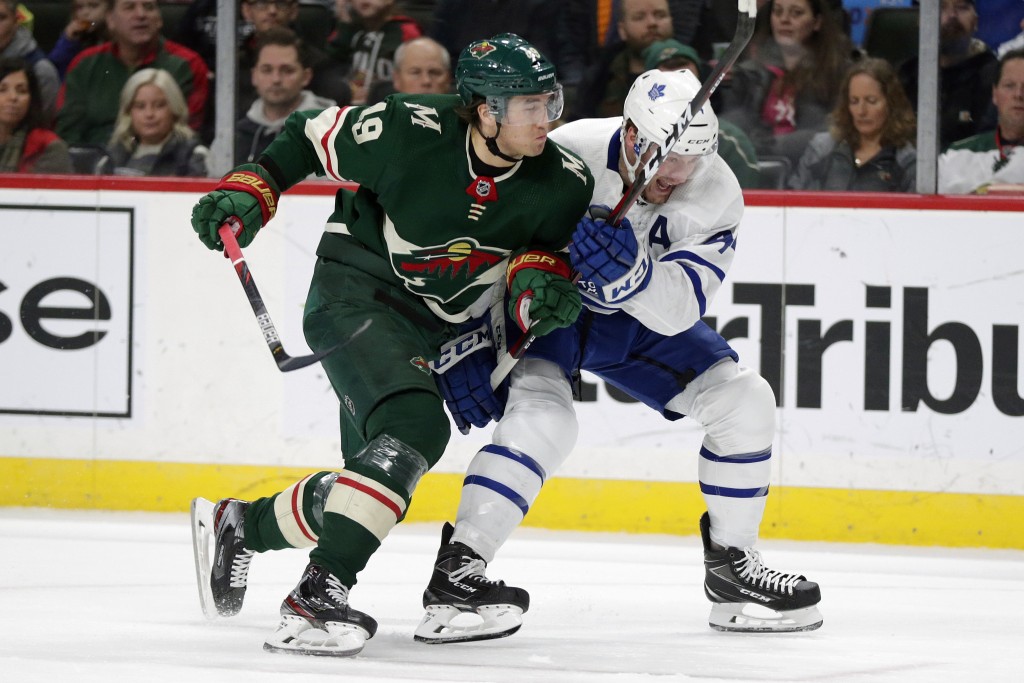 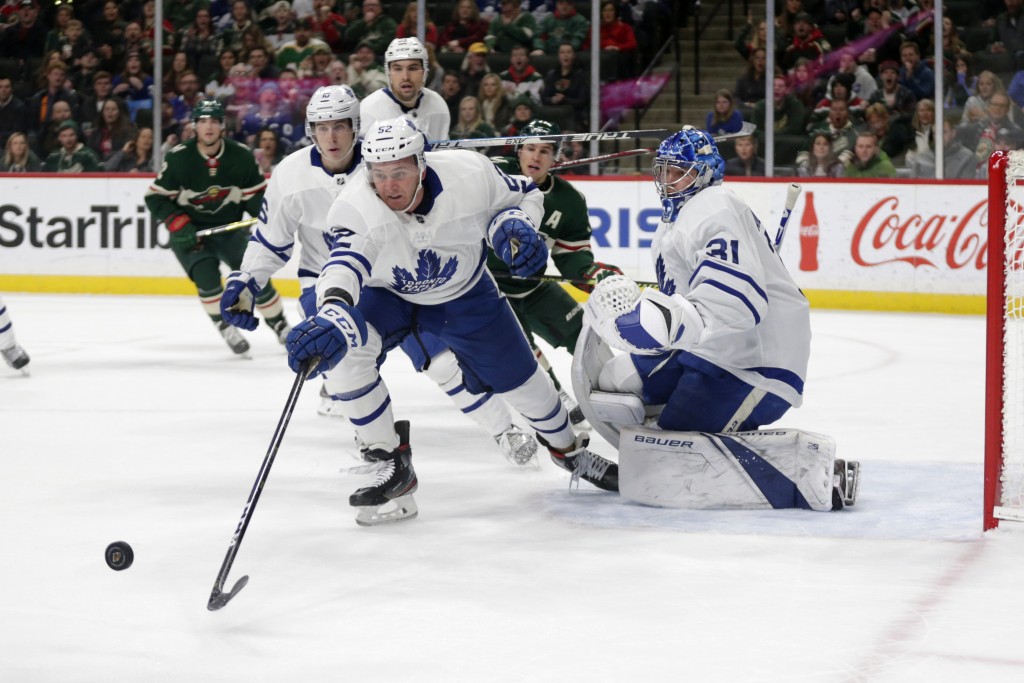 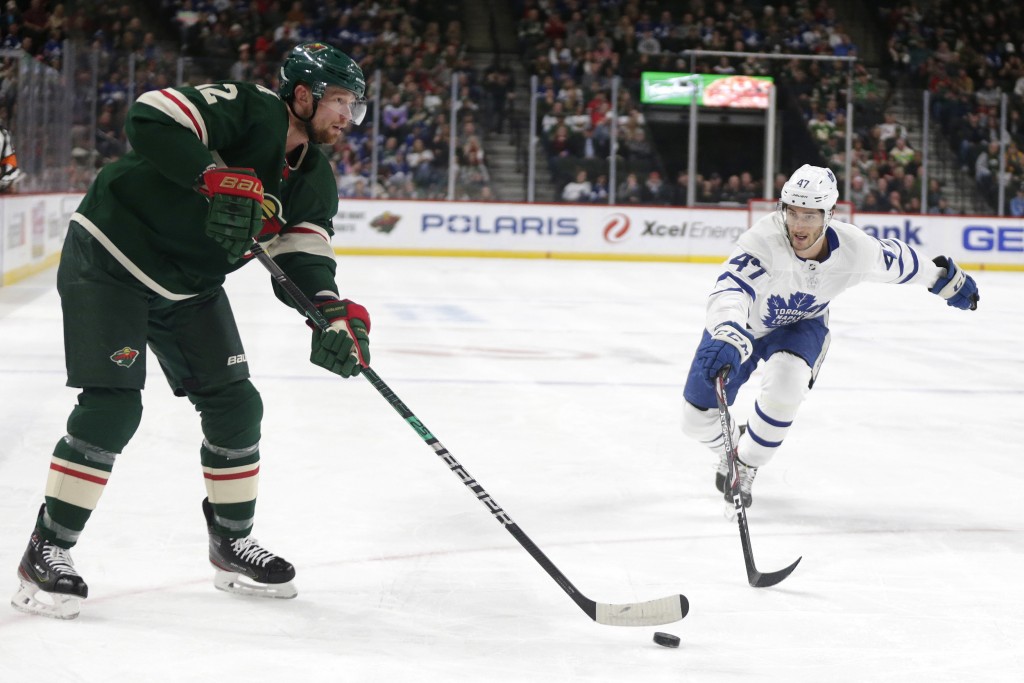 ST. PAUL, Minn. (AP) — Auston Matthews and William Nylander each had a goal and an assist and the Toronto Maple Leafs beat the Minnesota Wild 4-1 Tuesday night.

Alexander Kerfoot also scored and John Tavares added an empty-net goal for Toronto, which improved to 7-0-1 in its last eight games. Toronto has won 13 of 18 games since Sheldon Keefe took over as coach.

Ryan Suter had a goal and Devan Dubnyk made 25 saves for Minnesota. The Wild, 10-4-3 at home, lost the first two games of a stretch in which they play 16 of 19 games at Xcel Energy Center.

Moments after a “Let’s Go Wild!” chant began to offset a loud “Go Leafs Go!” from fans supporting the visitors, Matthews completed a perfect tic-tac-toe passing play with Nylander and Mitchell Marner to make it 3-0 on the power-play midway through the second period.

Matthews has eight goals and six assists in his last seven games. His 27 goals are second in the league; Boston’s David Pastrnak has 29.

Suter scored on the power play to get the Wild within 3-1 later in the second period. Andersen was screened by Mikko Koivu, who returned to the lineup after missing 12 games with a lower-body injury.

Kerfoot scored off a pass from Tavares less than 6 minutes into the game for a 1-0 lead. Toronto made it 2-0 with 30.2 seconds left in the opening period when Matthews jammed at the puck at the right post before it trickled out to Nylander, who swept it in from inside the blue paint.

Nylander has goals in four straight games and six in his past seven. He also has five assists in that seven-game span.

NOTES: Toronto D Justin Holl signed a three-year contract extension with an average value of $2 million per season. The Minnesota native has established career highs with 10 assists and 11 points in 39 games this season. … Minnesota has scored 41 second-period goals in its last 28 games, tops in the league since Nov. 2. … The Wild is 1-12-1 when trailing after two periods.