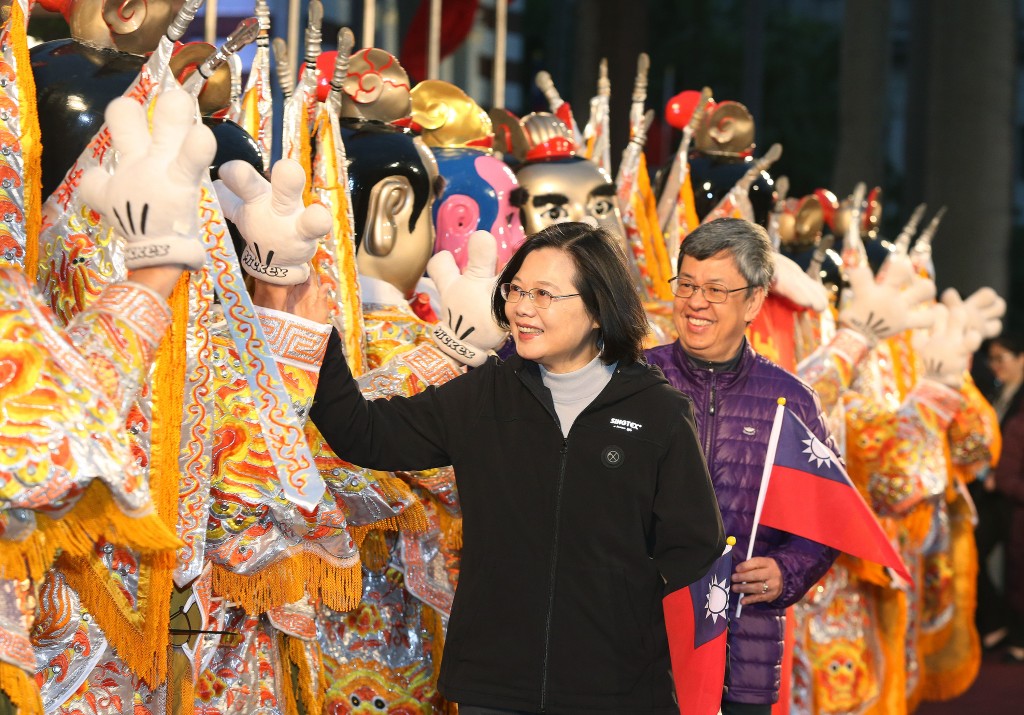 TAIPEI (Taiwan News) — A political flavor was added to the New Year's Day flag-raising ceremony held in front of the Presidential Office, as Taiwan gears up for the presidential and legislative elections 10 days away.

President Tsai Ing-wen (蔡英文), dressed in gray and black, sang the national anthem while holding a Taiwan flag, reported Liberty Times. She had previously come under fire for refusing to sing along on public occasions because the lyrics of the anthem are said to be associated with the opposition Kuomintang (KMT) party.

Media attention was drawn to the interaction between Taipei Mayor Ko Wen-je (柯文哲) and Presidential Office Secretary-General Chen Chu (陳菊), who were both present at the event. In the run-up to the Jan. 11 elections, Ko has more than once castigated the former Kaohsiung mayor for leaving the southern harbor city in debt, and the two appeared to avoid direct contact, wrote CNA.

The ceremony was also marked by sporadic political disturbances. KMT legislator Wang Zhi-bing (汪志冰) was prevented from entering the venue for wearing a jacket designed for the KMT’s presidential nominee Han Kuo-yu (韓國瑜).

An individual at the event who burst out, “Han Kuo-yu the liar!” was whisked away by security personnel. There was also an episode of shouting when supporters of presidential candidates started shouting campaign slogans, reported CNA.