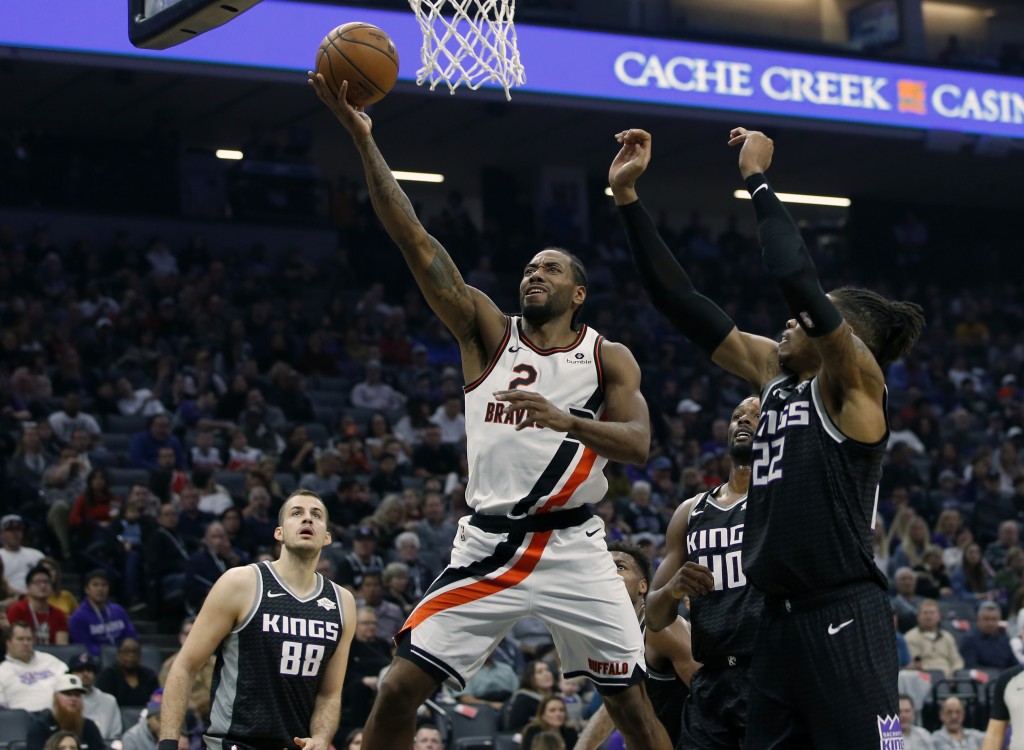 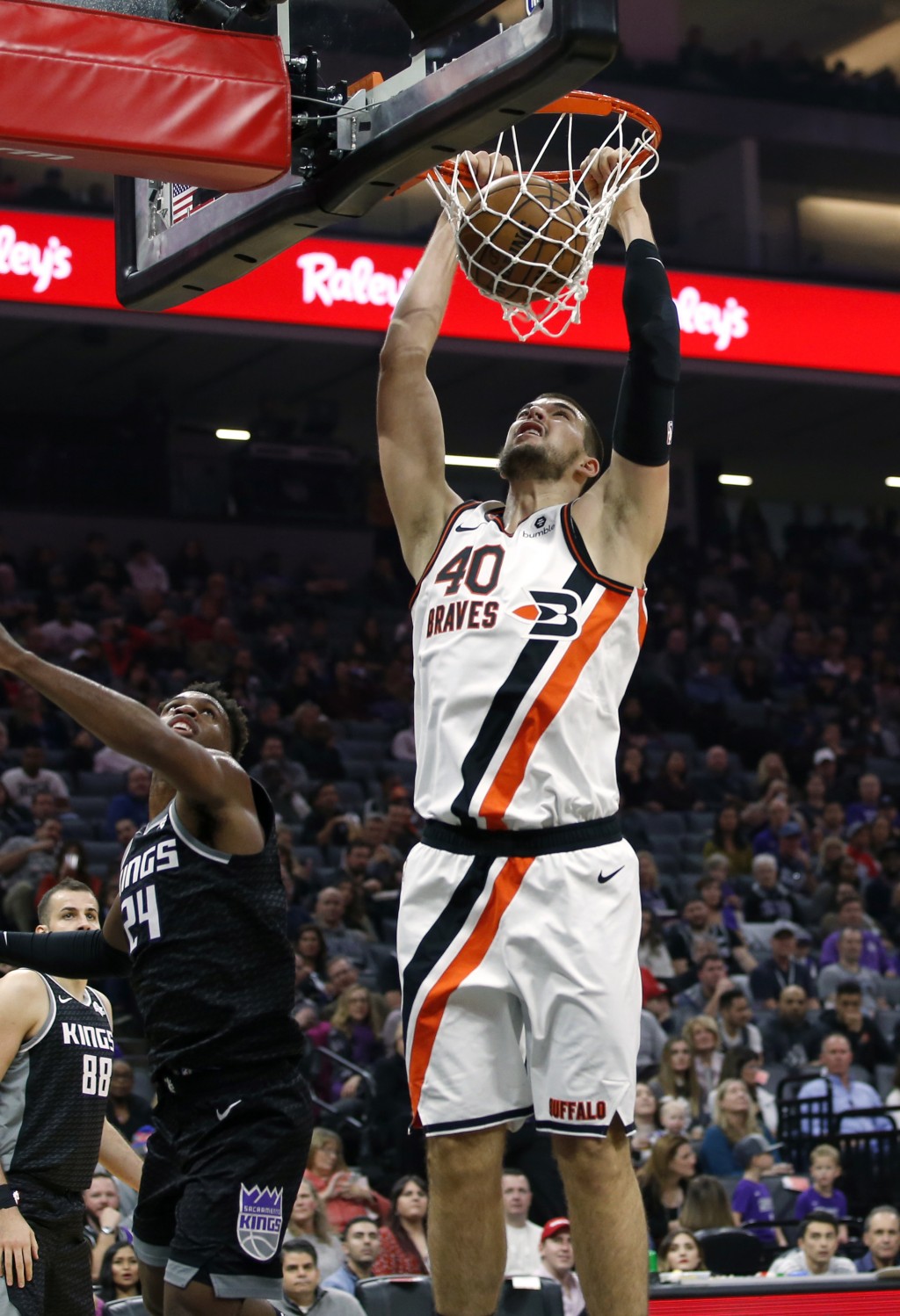 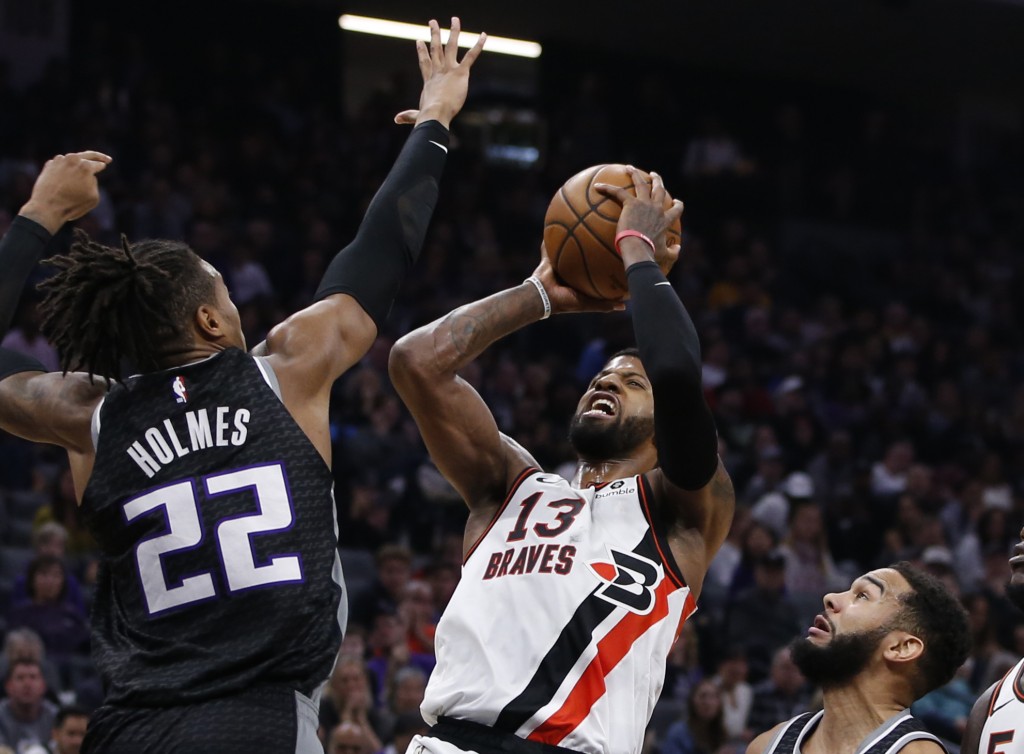 SACRAMENTO, Calif. (AP) — Paul George had 21 points with season highs of 11 rebounds and nine assists to shake off a slow start, and the short-handed Los Angeles Clippers thumped the Sacramento Kings 105-87 on Tuesday.

Kawhi Leonard scored 14 of his 24 points in the third quarter to help the Clippers to their 14th consecutive win in Sacramento dating to 2013. Ivica Zubac added eight points and 13 rebounds, and Maurice Harkless scored 12 points.

The Clippers played without Patrick Beverley and sixth man Lou Williams. Beverely is nursing a sprained right wrist he injured during Saturday night’s loss in Utah, while Williams missed the game because of personal reasons.

Richaun Holmes had 22 points and 10 rebounds for Sacramento. The Kings have lost eight straight.

Three days after a 13-point loss to Utah, Los Angeles took control in the first half despite both George and Leonard struggling offensively. The All-Stars missed 17 of their first 24 shots combined.

Both got going after the break.

Leonard made five of seven shots in the third quarter, and George – who missed eight of his first nine shots beyond the arc – made a 3 to open the fourth. George added another 3-pointer later that put the Clippers ahead 103-86.

Even with Leonard and George struggling most of the first half, the Clippers still built a big lead on the slumping Kings late in the second quarter. Landry Shamet’s 3-pointer gave Los Angeles a 57-40 halftime lead.

Leonard got going in the third and the Clippers went on a 9-2 run to extend their lead to 19. Montrezl Harrell tipped in an offensive rebound then made a pair of free throws that made it 85-66.

Clippers: Beverley was injured Saturday against Utah. Although X-rays taken on his wrist were negative, Beverley is expected to miss a handful of games.

Kings: De’Aaron Fox had nine points and six assists after sitting out most of two games because of back spasms.

Clippers: Return to Los Angeles to play Detroit on Thursday.

Kings: Host Memphis on Thursday. Sacramento has won two straight home games against the Grizzlies but was beaten 119-115 on Dec. 21 in Memphis.