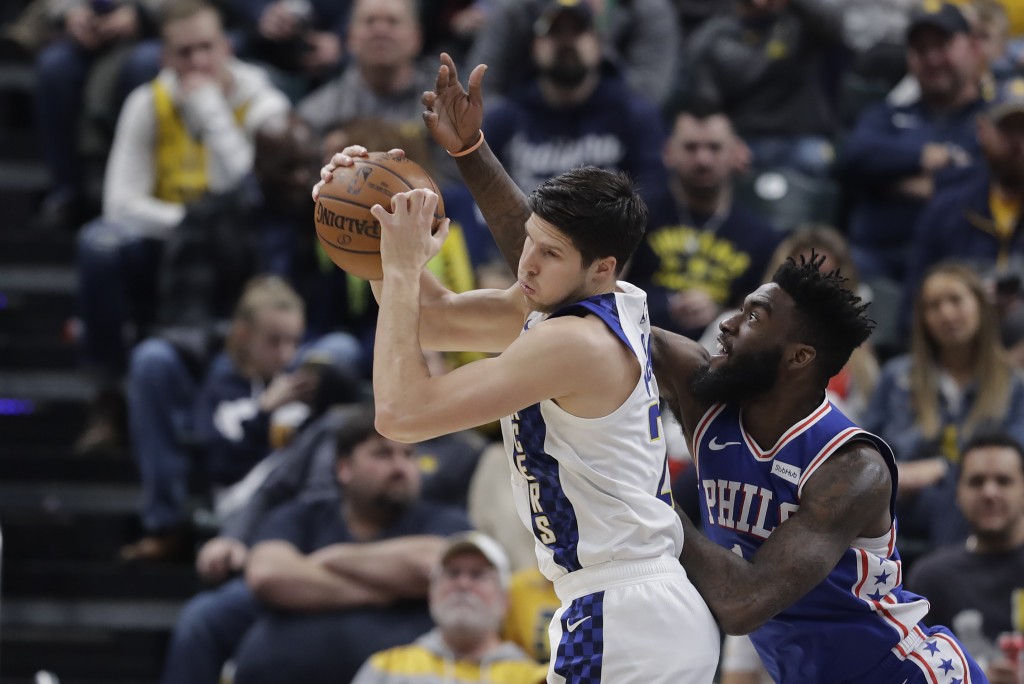 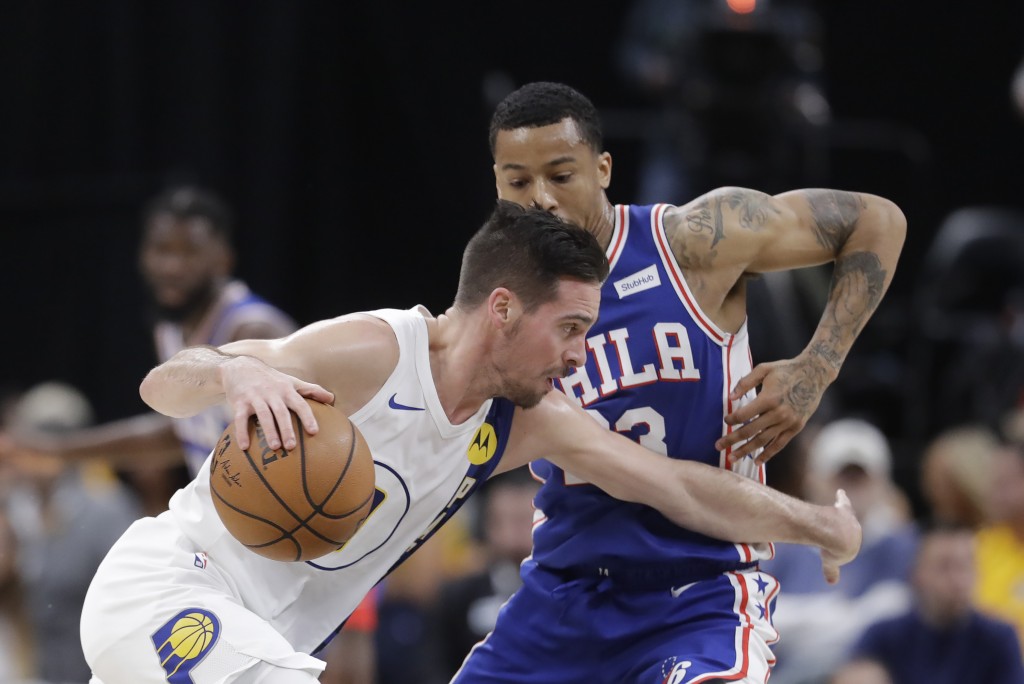 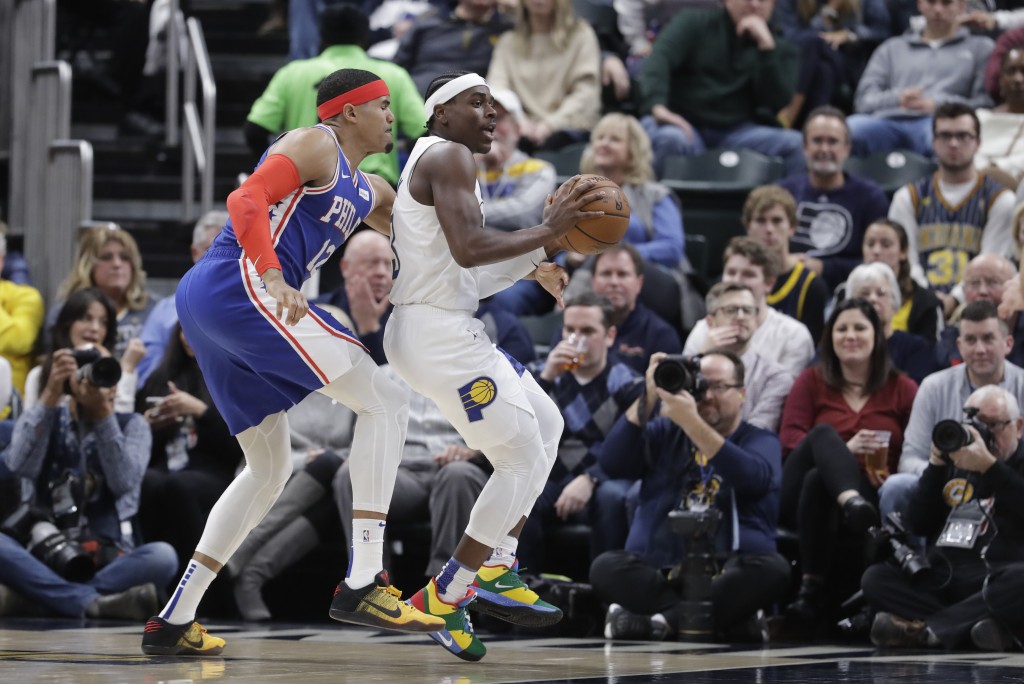 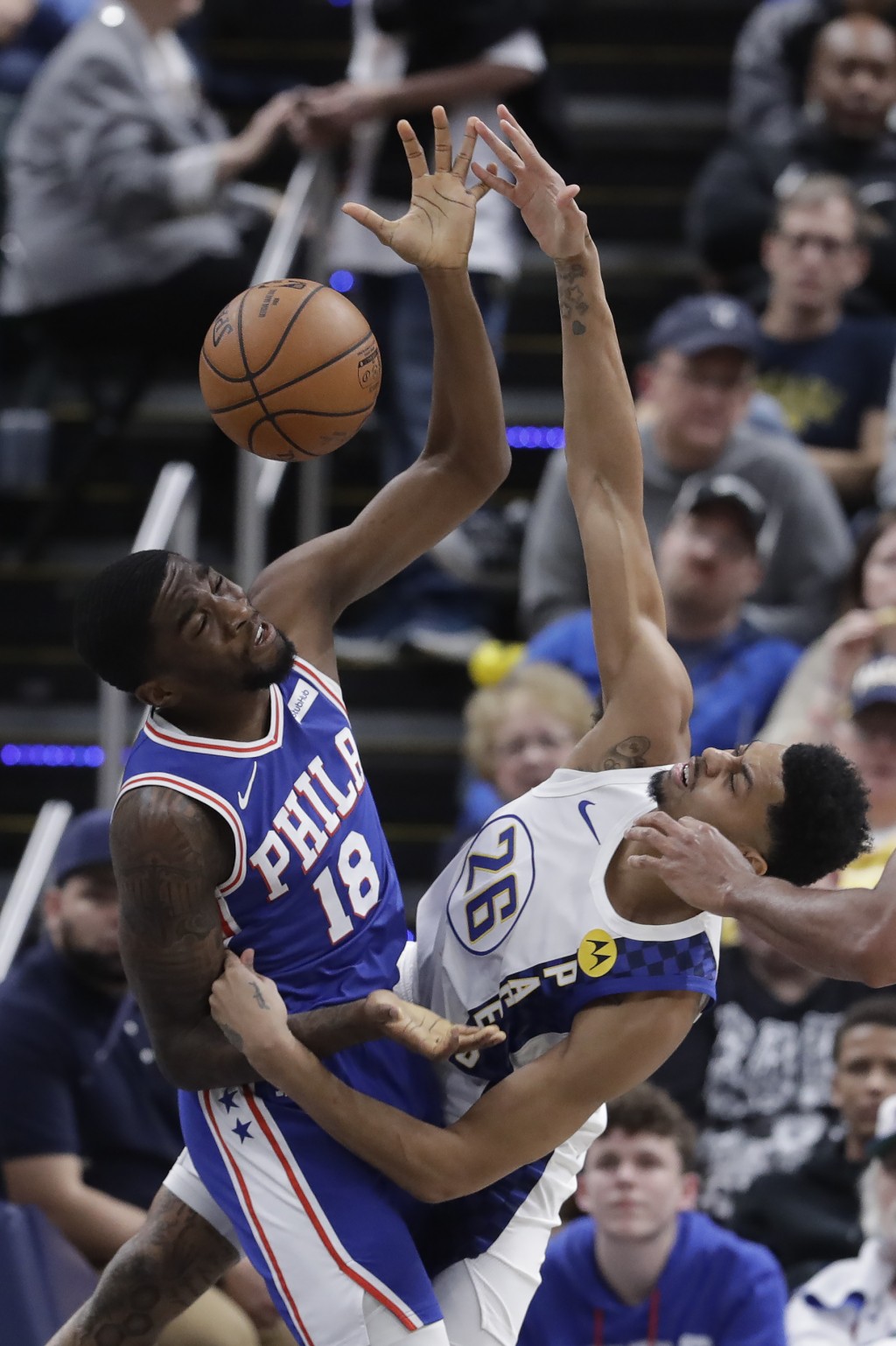 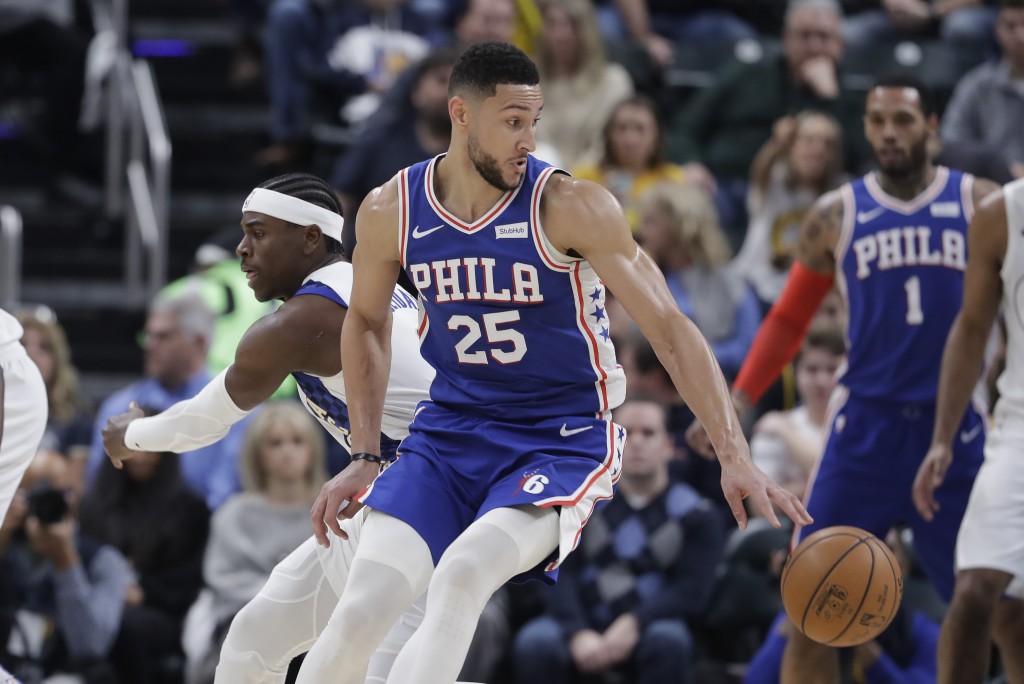 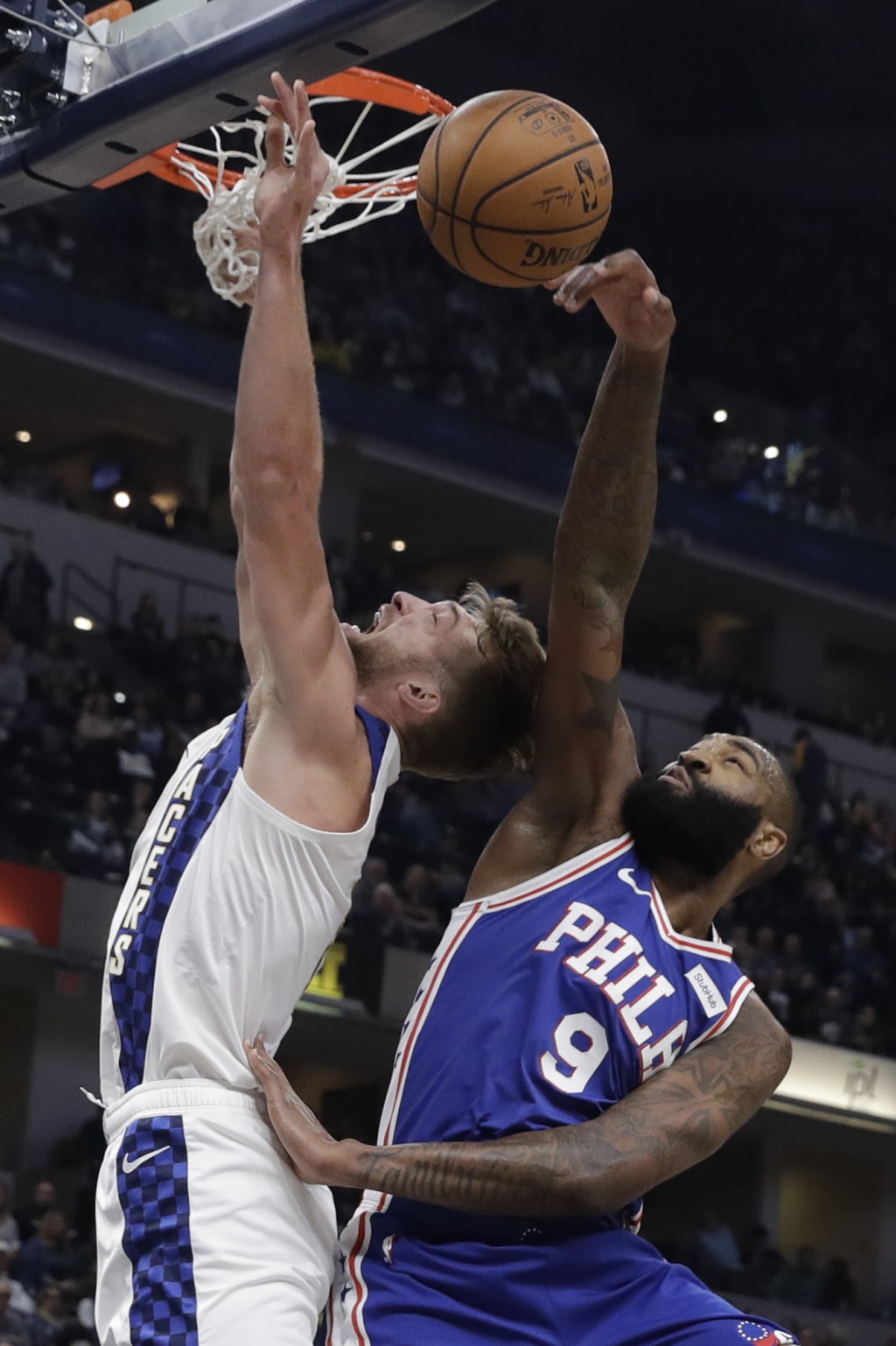 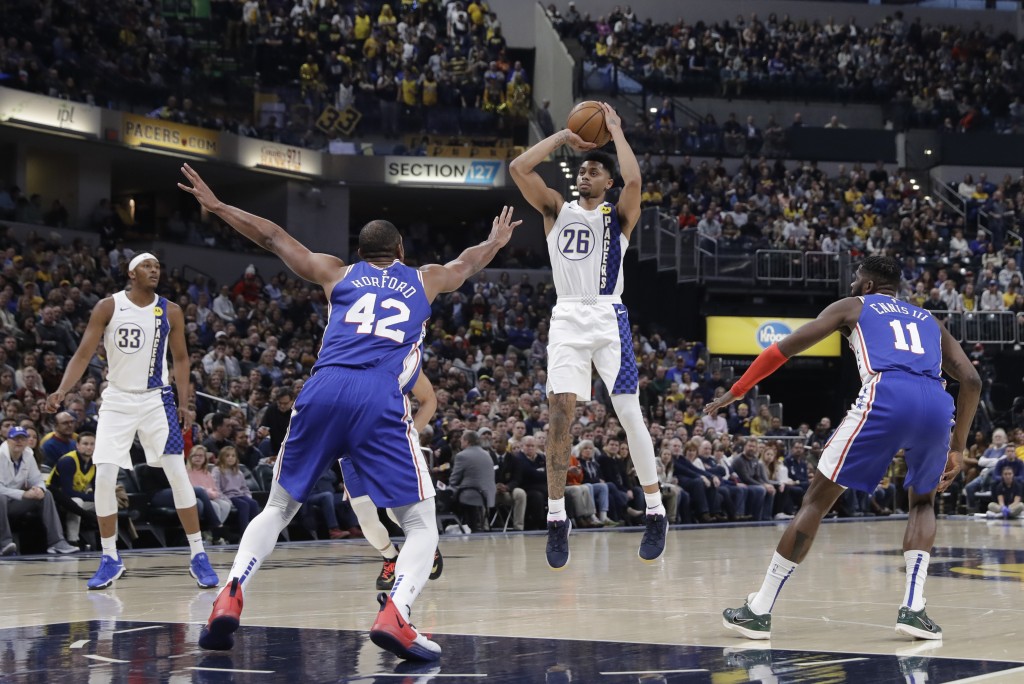 INDIANAPOLIS (AP) — Domantas Sabonis had 23 points, 10 rebounds and five assists to lead the Indiana Pacers over the Philadelphia 76ers 115-97 Tuesday.

T.J. Warren had 21 points and Myles Turner added 14 for the Pacers, who ended a three-game losing streak in the series and improved to 22-12 overall.

Josh Richardson had 20 points and Ben Simmons had 18 points and 10 rebounds for the 76ers, who have lost three straight with a game remaining in a four-game road trip. Philadelphia dropped to 23-13.

Philadelphia was without center Joel Embiid. The two-time All-Star, who leads the team 23.7 points and 12.4 rebounds per game, was out with a sore left knee.

The Pacers used a big second quarter to put the game away, outscoring Philadelphia 38-16 in the period to take a 67-43 halftime lead.

Indiana guard Malcolm Brogdon returned to the starting lineup for the first time after missing the last three games with a sore left hamstring. He went to the bench in the first half with a sore lower back and didn't return.

The Pacers went on a 15-2 run to start the second quarter and took a 46-29 lead with Warren's layup with 6:24 to go. Indiana went ahead by 26 points at one point. Doug McDermott scored to put the Pacers ahead 65-39 with 1:02 remaining in the quarter.

Indiana led by 36 after another big run that came in the third quarter.

Sabonis made a 3-pointer and two other baskets in a 14-2 spurt. He capped off the string with a layup on an alley-oop pass from Jeremy Lamb to make it 87-51 with 6:29 remaining in the third.

76ers: Philadelphia shot just 20% (5 of 20) from the field in the second quarter. ... Richardson also finished with five assists. ... G Matisse Thybulle was out with a right knee sprain.