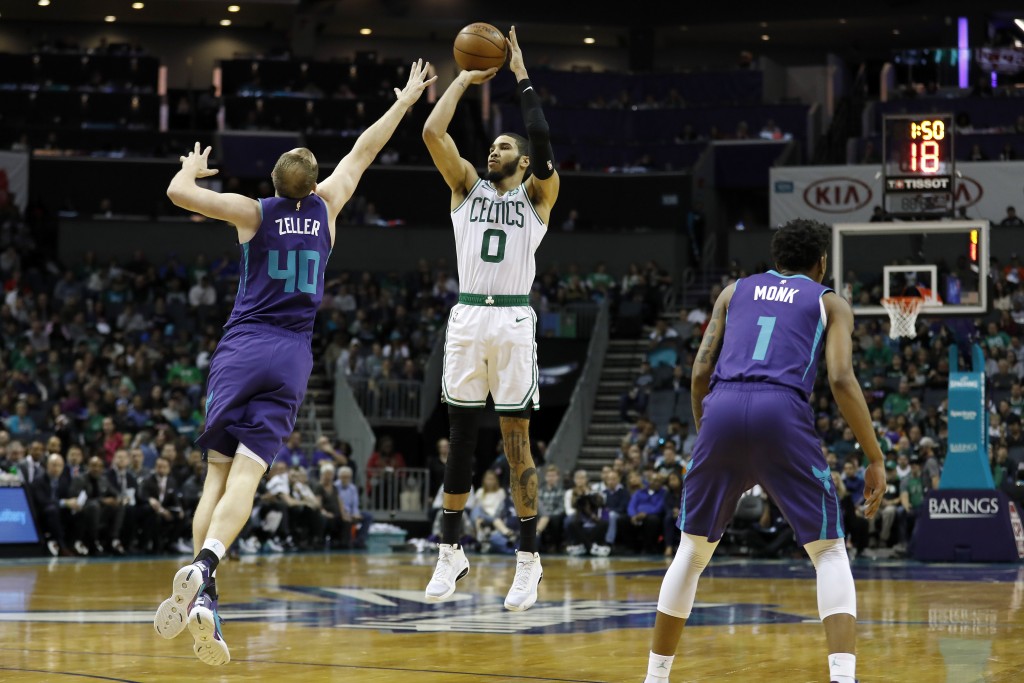 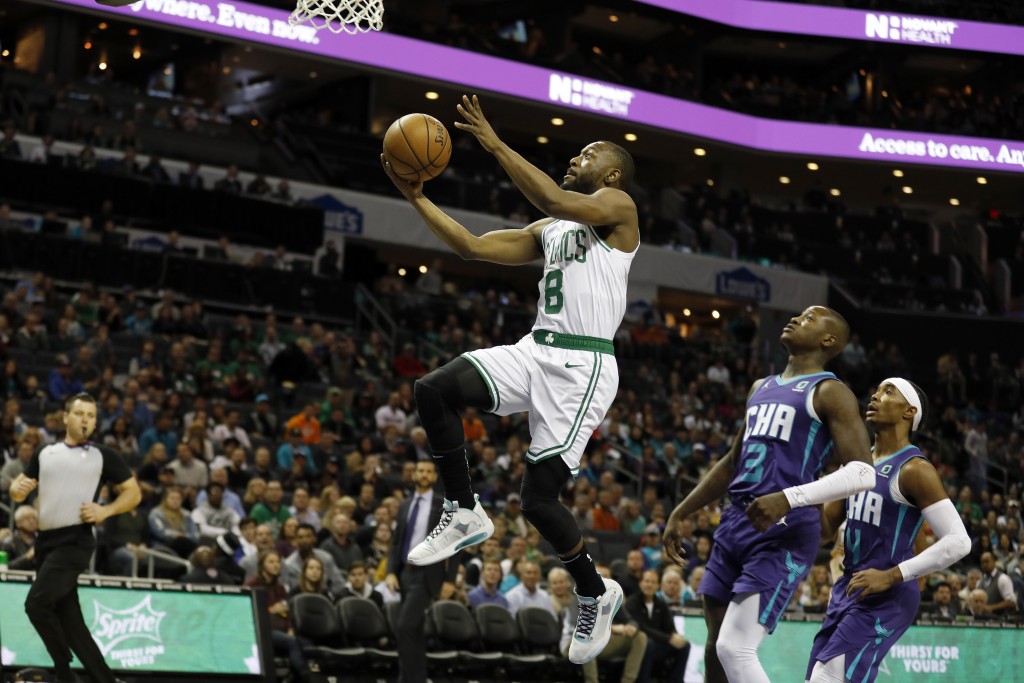 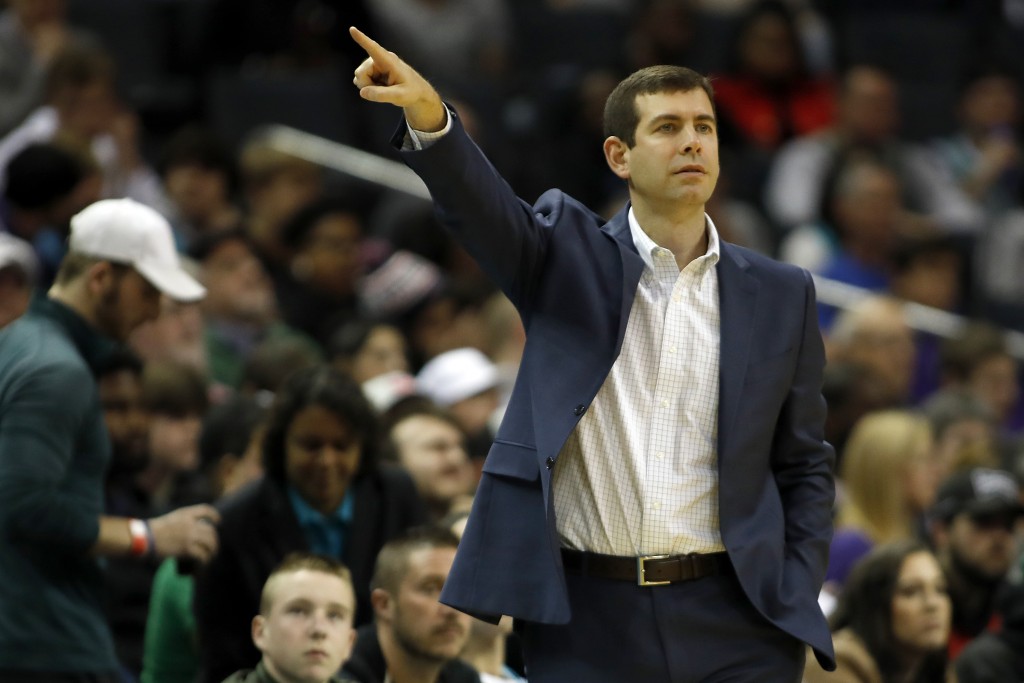 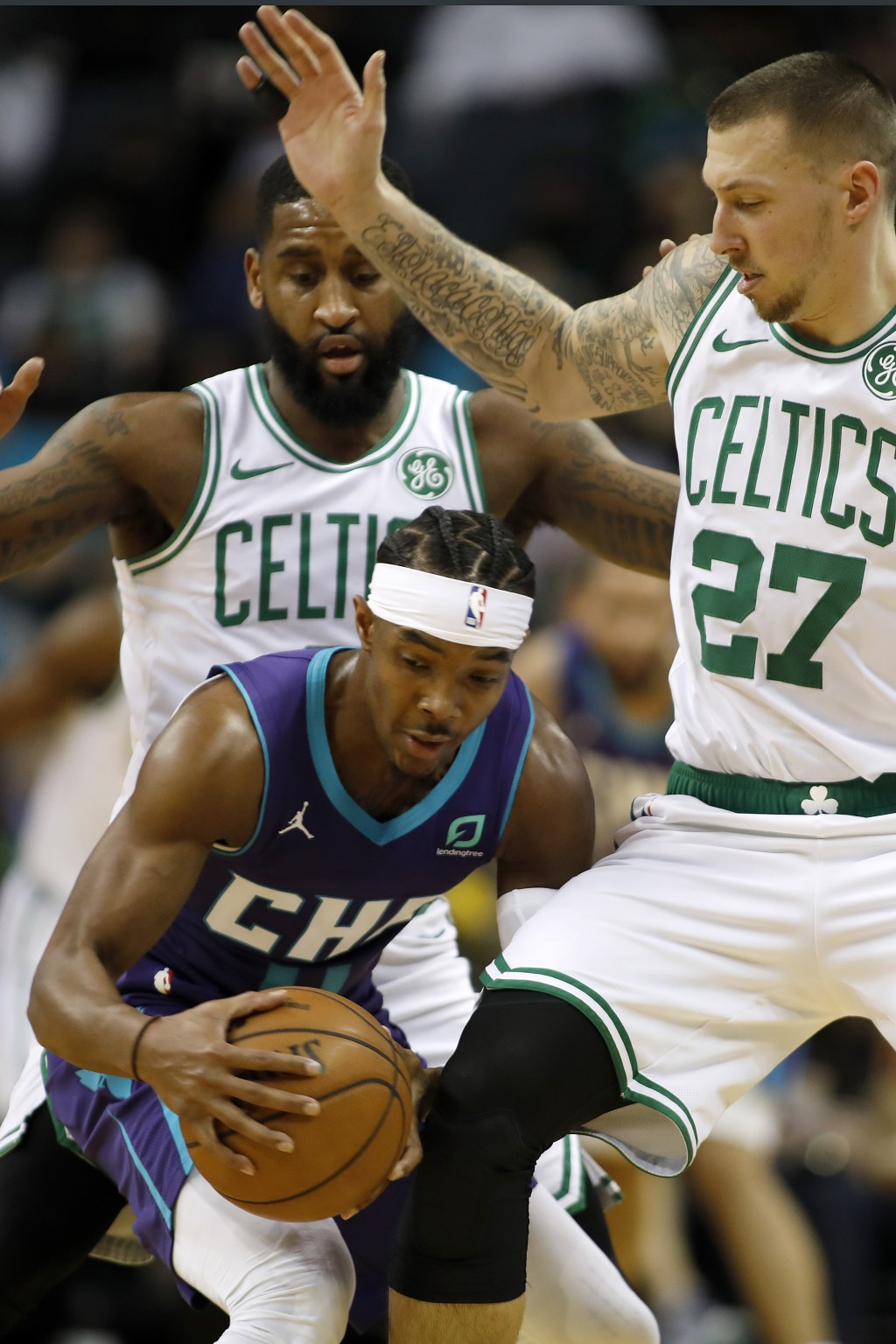 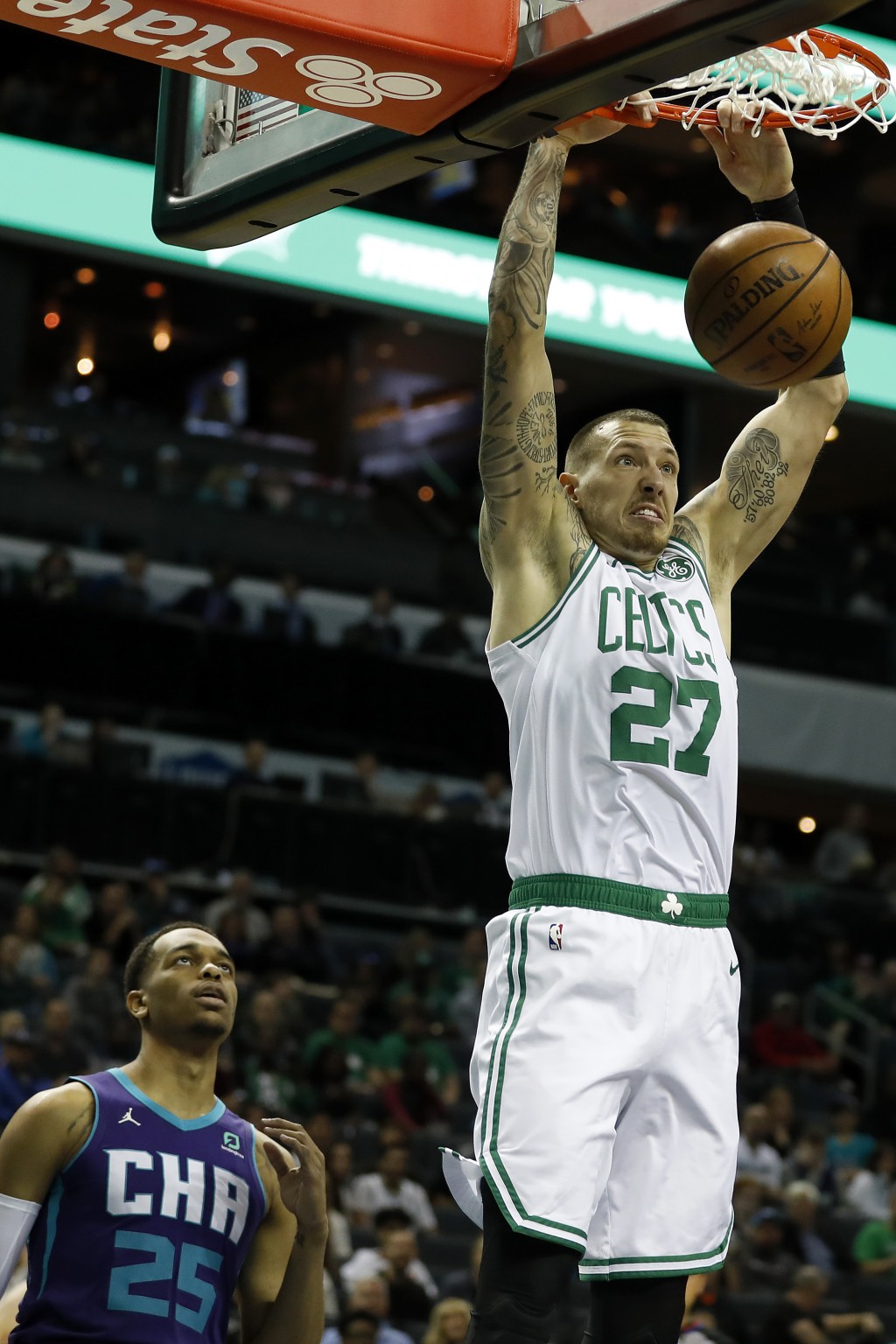 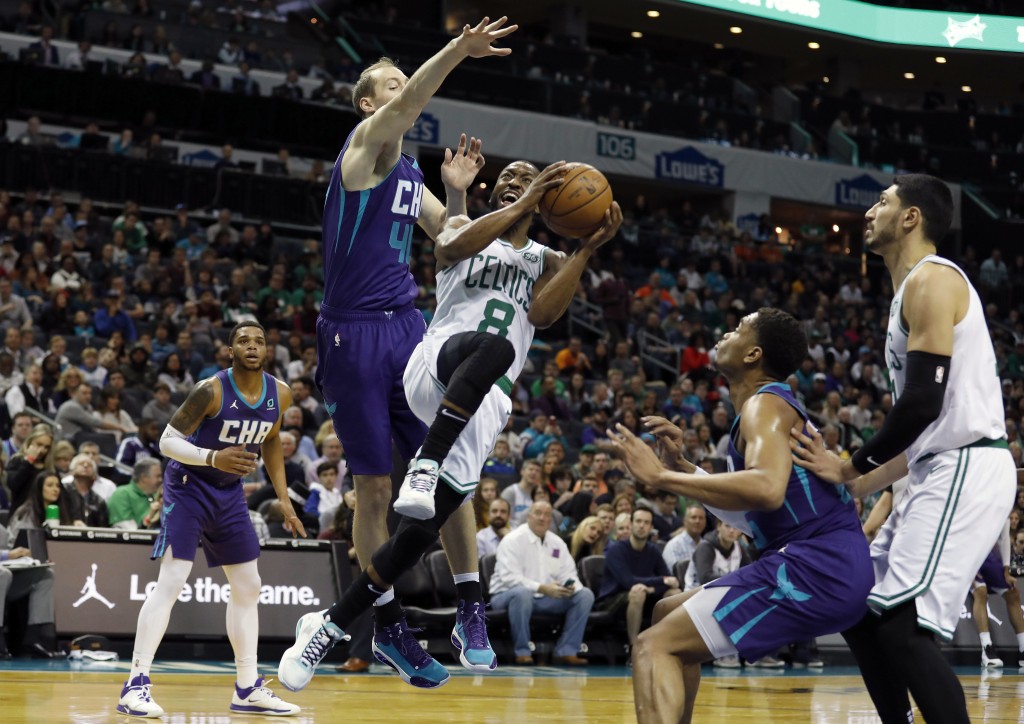 Boston has won six of seven and improved to 23-8.

PJ Washington led Charlotte with 15 points, and Miles Bridges had 14 points and 10 rebounds. The Hornets have lost six straight.

Hayward scored 10 points in the second quarter as Boston stretched the lead to 14 before taking a 50-43 edge into halftime.

Charlotte surged within four points late in the third quarter before the Celtics responded with a 16-6 spurt to make it 89-75 with 9:55 left. They led by at least 10 the rest of the way.

Walker, the Hornets franchise leader in scoring, was making his second appearance in Charlotte since he was sent to Boston in a sign-and-trade deal last July. Walker added four rebounds and seven assists.4Enes Kanter had 13 points and 13 rebounds for Boston.

Celtics: One day after being named Eastern Conference player of the week, Jaylen Brown sat out with a sinus infection. Celtics coach Brad Stevens said Brown is day-to-day. Brown averaged 27.0 points, 6.7 rebounds and 2.3 assists while shooting 62.2% from the field and 57.9% on 3-pointers in three games last week.

Hornets: Charlotte is on its longest losing streak since dropping six straight from Nov. 3-17 during the 2017-18 season.