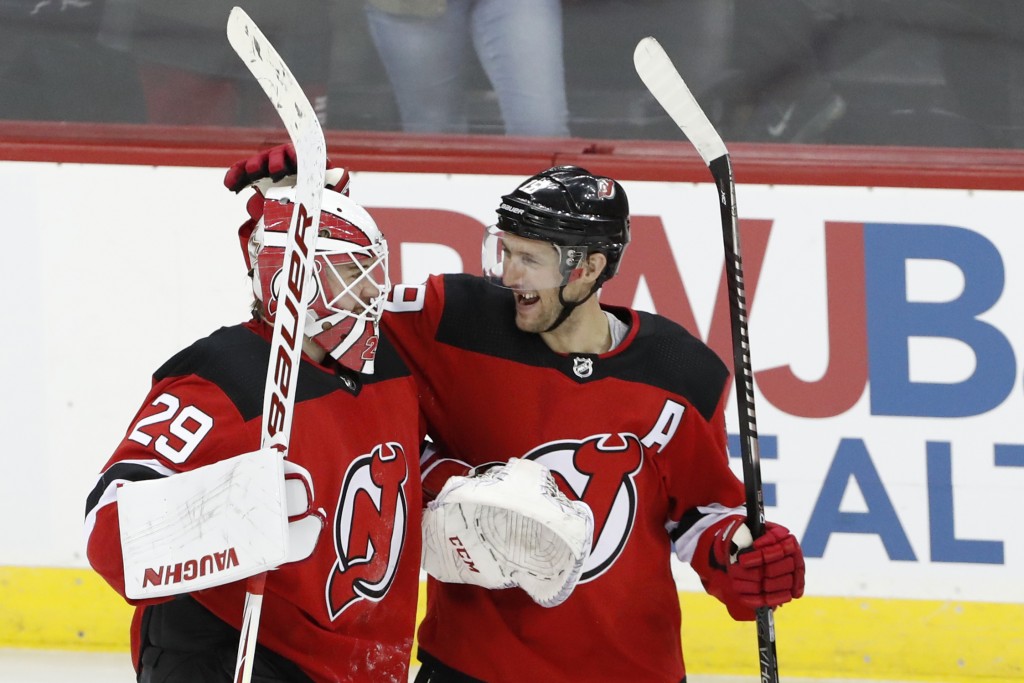 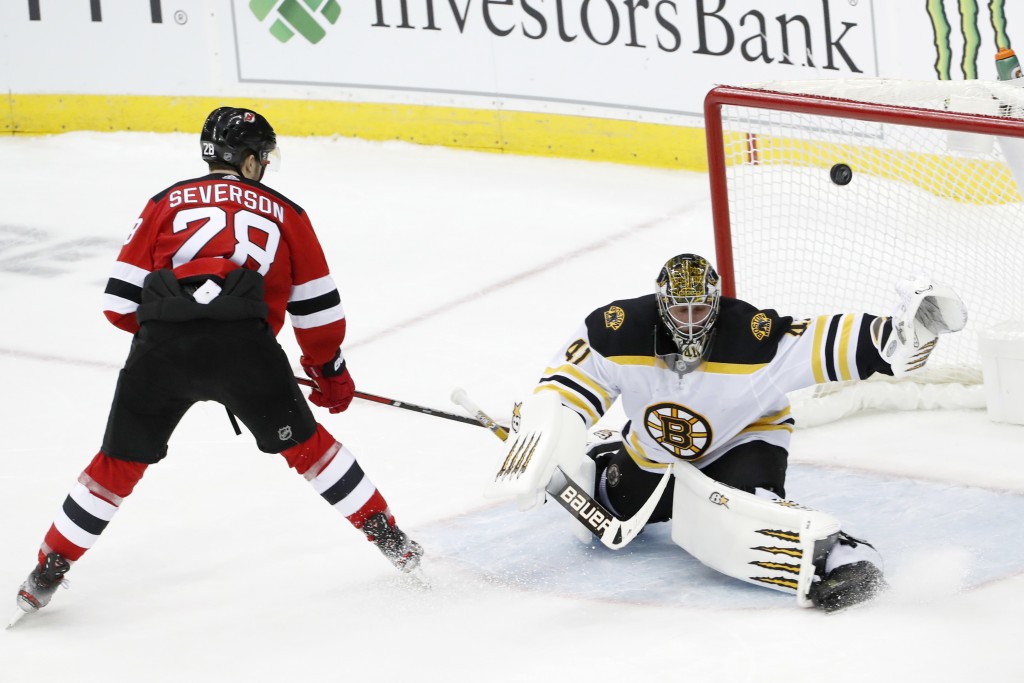 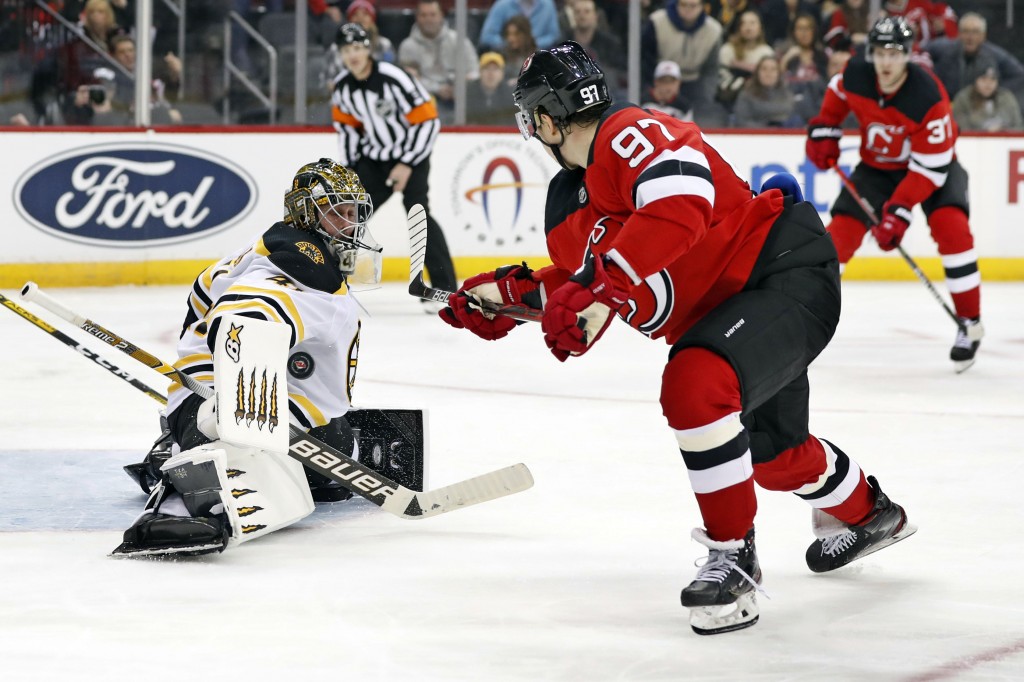 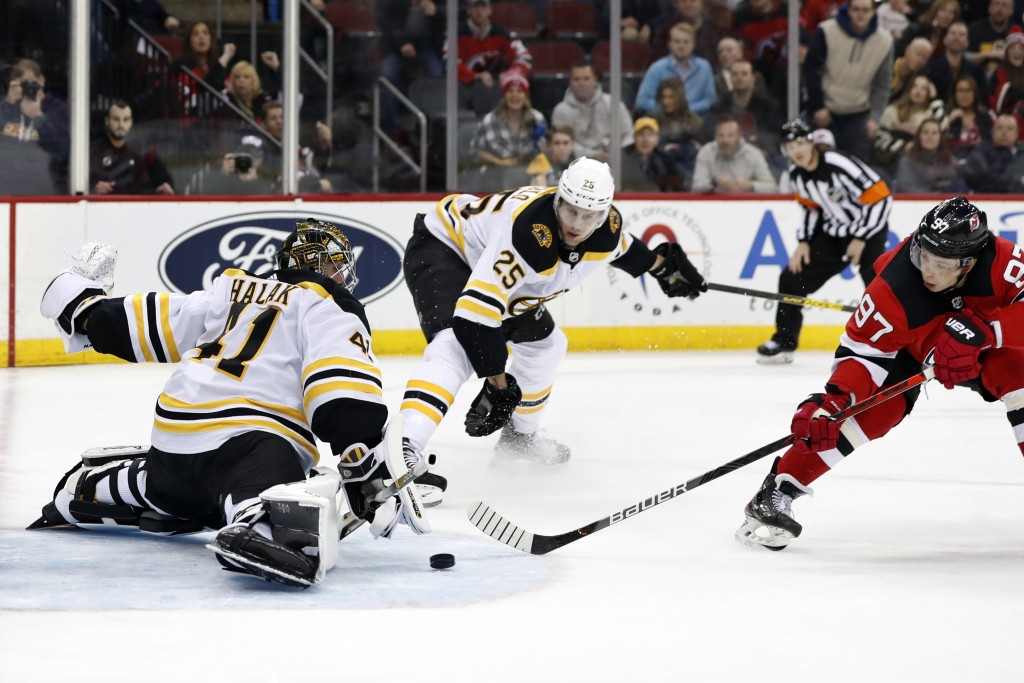 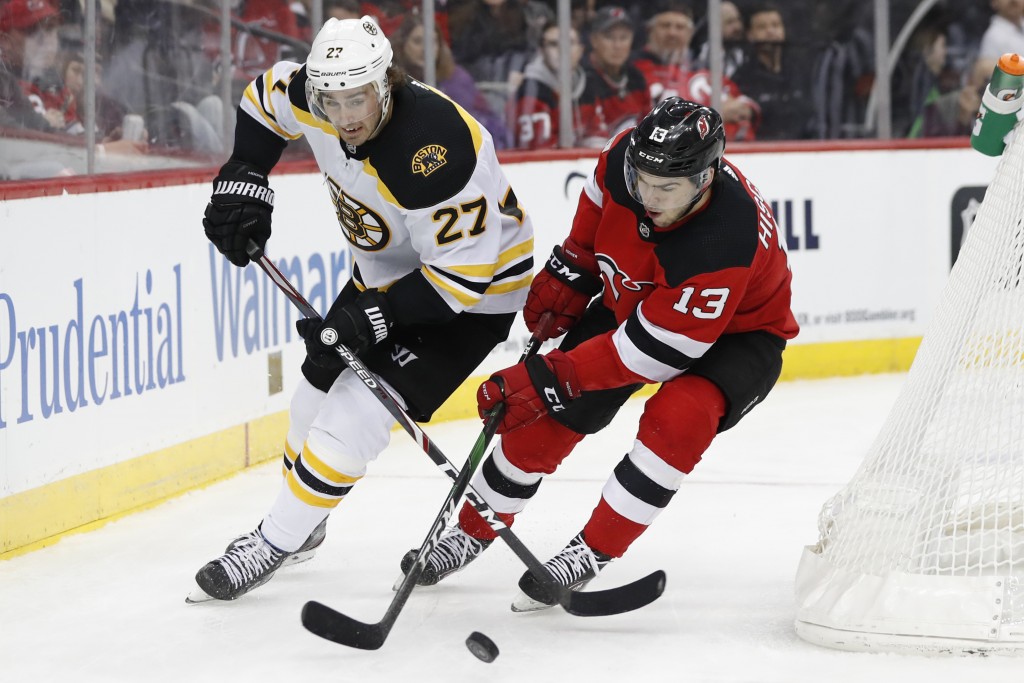 NEWARK, N.J. (AP) — Damon Severson scored in the sixth round of the shootout Tuesday to give the New Jersey Devils a 3-2 victory over the Boston Bruins.

After the first eight shooters were stopped, Jack Hughes for New Jersey and Chris Wagner of Boston both scored in round 5 to set the stage for Severson.

Blake Coleman and Jesper Bratt scored for the Devils in regulation and Blackwood stopped 28 shots as New Jersey earned its second straight win.

Brad Marchand and Joakim Nordstrom scored for Boston and Jaroslav Halak stopped 42 shots. The loss snapped the Bruins' winning streak at three but they did extend their points streak to eight games (4-0-4).

The Bruins took advantage of an early opportunity when Devils defenseman P.K. Subban was whistled for interference 1:17 into the game.

David Pastrnak unloaded a heavy shot from the left dot that Blackwood partially blocked. Marchand cleaned up the rebound in the crease at 2:03 for his 20th goal.

That lone tally of the opening period extended Pastrnak’s point scoring streak to eight games with three goals and 10 assists.

Boston extended the lead to 2-0 at 4:27 of the second as Nordstrom jammed the puck past Blackwood in a goal-mouth scramble.

Falling behind by two goals seemed to spark the Devils, who matched the Bruins chance for chance the rest of the period.

The renewed energy paid off as Coleman, polishing off a give and go with Nikita Gusev, scored at 8:58 to cut the deficit to one.

The Devils had several other good chances in the middle period, especially a shot by Sami Vatanen that rang off the post. They continued to push hard into the third and it paid off.

Bratt pulled New Jersey even at 13:11, deflecting Subban’s wrist shot from the point to tie the score at 2-2.

The Devils outshot the Bruins 19-5 in the third.

Boston defenseman Matt Grzelcyk fired a shot off the crossbar, the best opportunity for either side in the overtime.