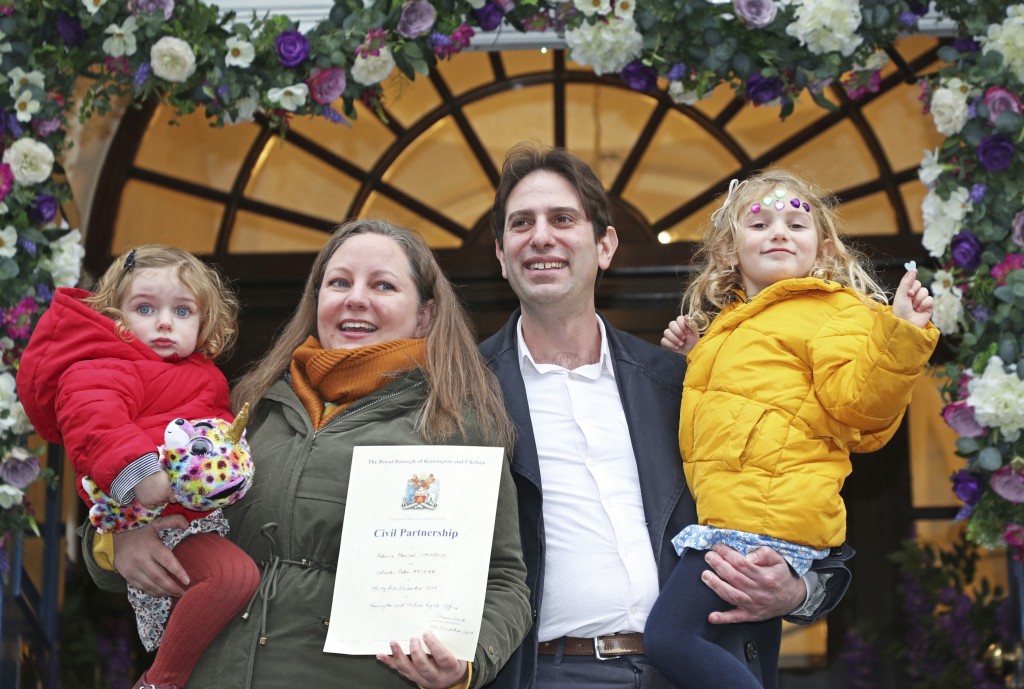 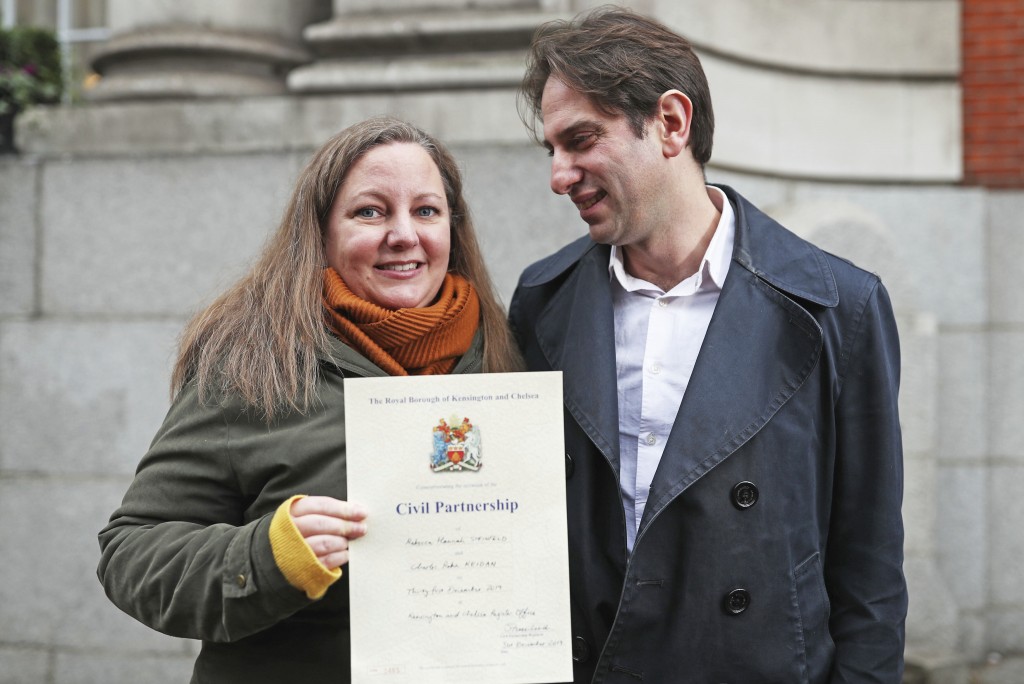 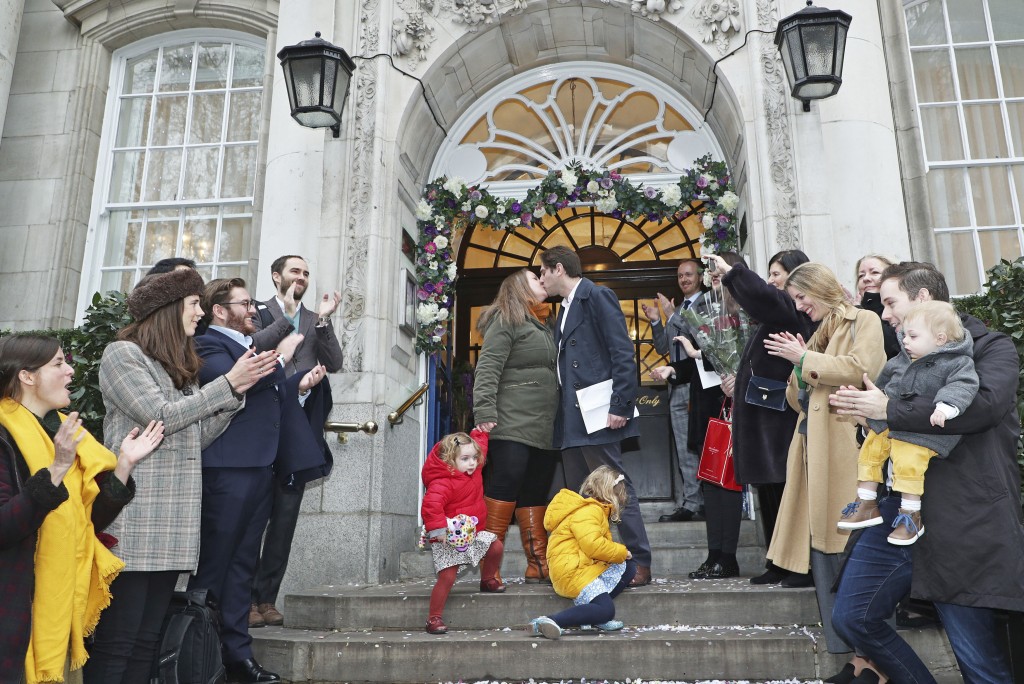 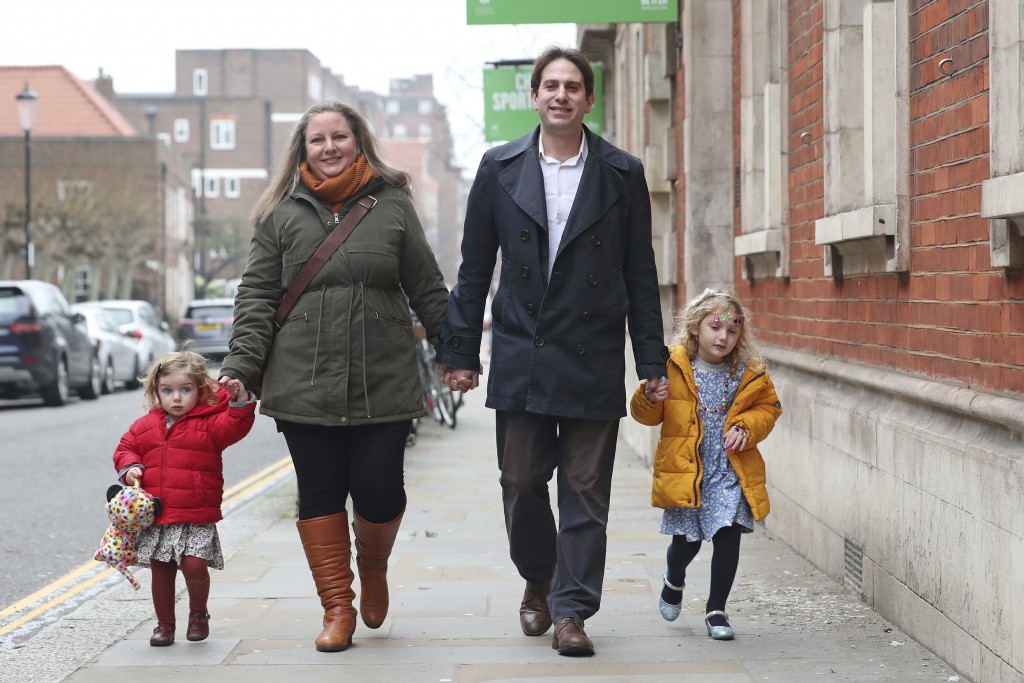 LONDON (AP) — England and Wales have marked a new era in which heterosexual couples can choose to have a civil partnership instead of a marriage.

The change, mandated by Britain's Supreme Court last year, took effect Tuesday. The groundbreaking case had been brought by Rebecca Steinfeld and Charles Keidan, who were among the first to form a civil partnership under the new rules.

They were joined by their two children for the partnership formed at the Kensington and Chelsea Register Office in central London.

Steinfeld called it “a unique, special and personal moment for us” that had been “rooted in our desire to formalize our relationship in a more modern way, focus on equality and mutual respect."

The new rules means that mixed-sex couples can opt for a civil partnership that will give them similar rights as married couples, including marriage allowance tax relief, inheritance tax exemption, and joint parental responsibility for children.

It is expected to be an attractive option for couples who believe marriage gives men the upper hand and also by couples who don't want any religious element in their union.

The Supreme Court ruling means that civil partnerships, which have been available to same-sex couples since 2005, will be available to everyone.

Same-sex couples have been allowed to marry in England, Scotland and Wales since 2014. Same-sex marriages will be allowed for the first time in Northern Ireland early next year.