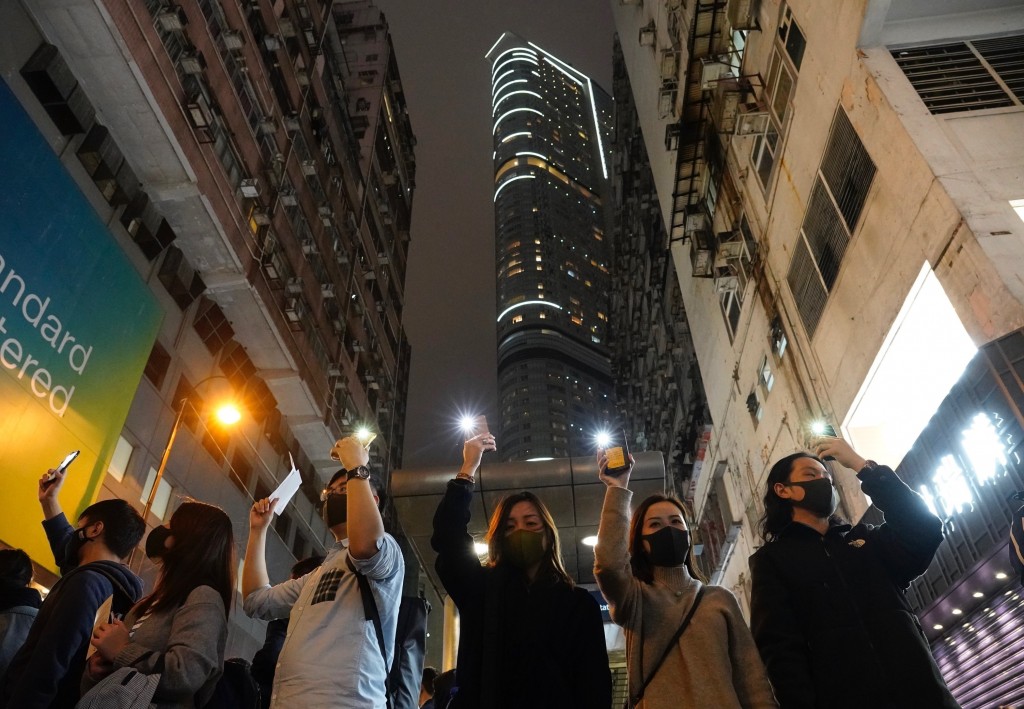 HONG KONG (AP) — New Year's revelers and pro-democracy protesters were flocking to sites across Hong Kong on Tuesday to see out 2019.

The semi-autonomous Chinese city has toned down the usually raucous celebrations this year amid continuing demonstrations that began in June in opposition to proposed extradition legislation.

A fireworks display that traditionally lights up famed Victoria Harbor was canceled amid safety concerns, while some roads have been closed and barriers set up in the Lan Kwai Fong nightlife district for crowd control.

Demonstrators converged on shopping areas on both Halloween and Christmas Eve, and there were calls circulating online for human chains to be formed in malls along with other protest actions.

The demonstrations that have repeatedly sparked pitched battles with police have taken their toll on Hong Kong's nightlife and travel industries. Government figures showed tourist arrivals were down 56 percent in November compared to the same month a year before.

Hong Kong's New Year's revelries largely reflect the city's international character and heritage as a former British colony. Celebrations are more muted on the Chinese mainland, where the Lunar New Year is far and away the most important annual holiday.