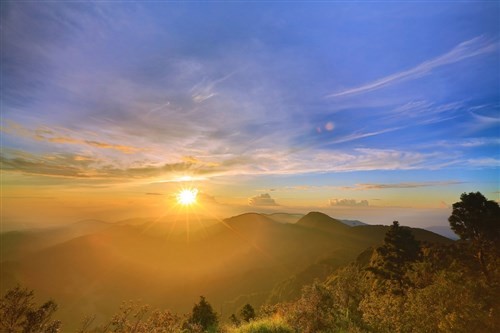 People who are planning to view the first sunrise of the New Year should consider the mountains in central and southern Taiwan, such as Alishan and Hehuanshan, which are some of the best locations for that type of activity, the Central Weather Bureau (CWB) said Tuesday.

In northern and northeastern Taiwan, the chances of seeing the sun rise above the horizon on Wednesday will be slim, as the weather is forecast to be cloudy, with chances of rain in Keelung City, and Yilan and Hualien counties, according to the CWB.

Also, due to the effects of a continental cold air mass, temperatures are likely to remain chilly at around 13-15 degrees in northern Taiwan Wednesday, while other parts of the country can expect 21-25 degrees, the bureau said.