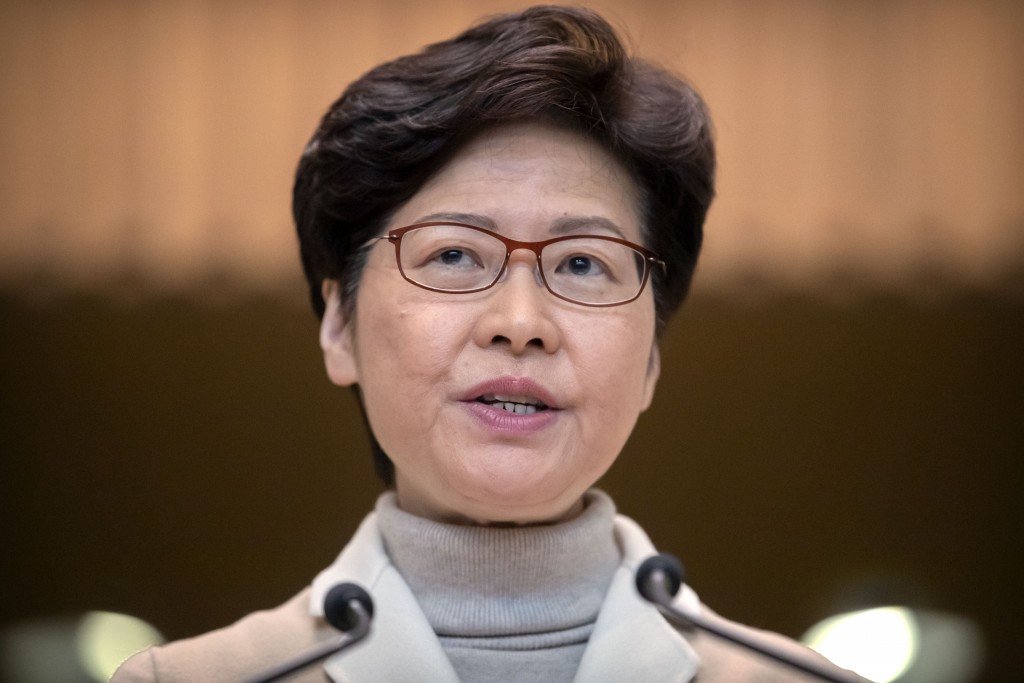 In a News Year's address, Carrie Lam said that 2019 brought “challenges not seen before,” and that she would “listen humbly" to help bring an end to the protests, which have featured pitched battles between demonstrators and police.

However, Lam also reinforced the importance of the “one country, two systems" framework under which the former British colony has been ruled by Beijing since 1997, and which brooks no challenge to the ruling Communist Party's ultimate authority.

“We all want to see an end to this predicament," Lam said. “The situation has caused sadness, anxiety, disappointment and even rage."

The protests began in June over a proposed law that would have allowed extraditions to China, but have since adopted demands for universal suffrage and an investigation into alleged police brutality. Many demonstrators complain that Beijing and Lam’s government are eroding the autonomy and Western-style civil liberties the city enjoys, in contrast to the party's strict authoritarian rule in mainland China.

The extradition bill was withdrawn and the scale of protests has diminished since opposition candidates won a majority of posts in December elections for district representatives, the lowest level of government in Hong Kong.