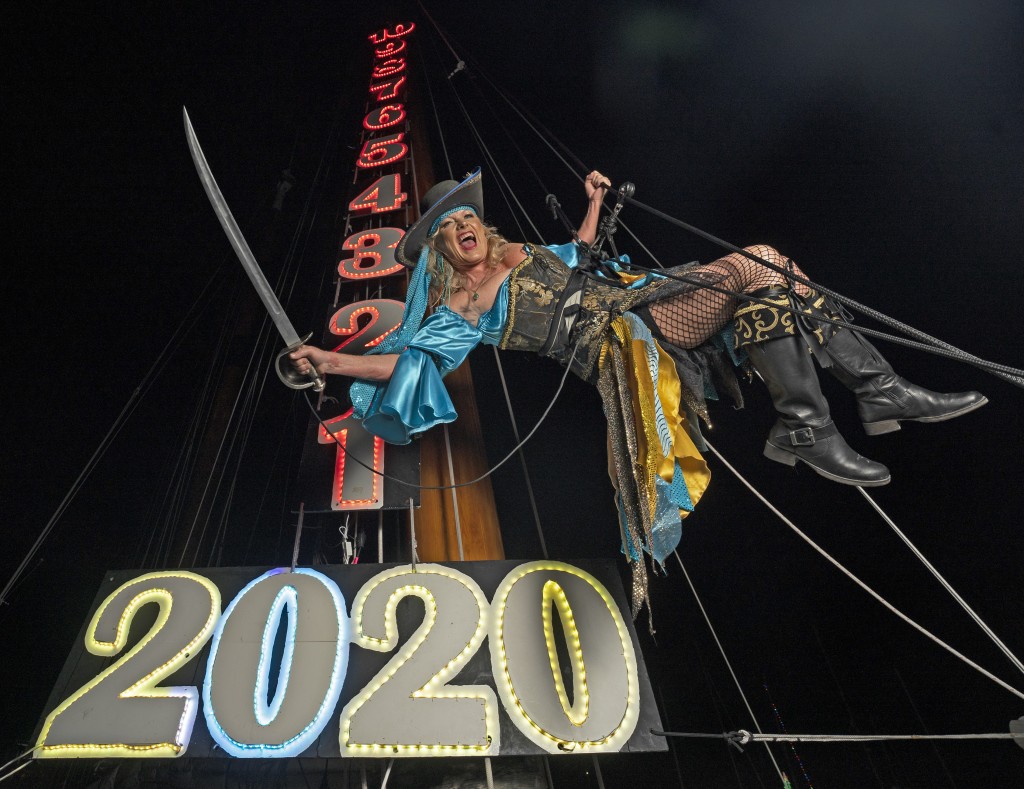 There are going to be plenty of things dropping for New Year's Eve in Key West, Florida.

Among them is Gary Marion, known as the drag queen Sushi, who will be lowered in a huge facsimile of a woman’s high heel at a bar on Duval Street.

Outside Sloppy Joe’s Bar, famous for being a hangout of writer Ernest Hemingway, thousands of revelers are expected to watch the drop of a gigantic man-made conch shell, the symbol of the Florida Keys.

Celebrants can see a huge replica of a Key lime wedge splashing down into a larger-than-life margarita glass at a harbor-side resort.

There also will be a “landing” of a flight attendant in a section of a replica aircraft at First Flight Island Restaurant & Brewery, billed as the birthplace of Pan American World Airways.

Also on the bill are a faux “tuna drop” and a “pirate wench” who will be lowered from the top of a tall ship's mast.