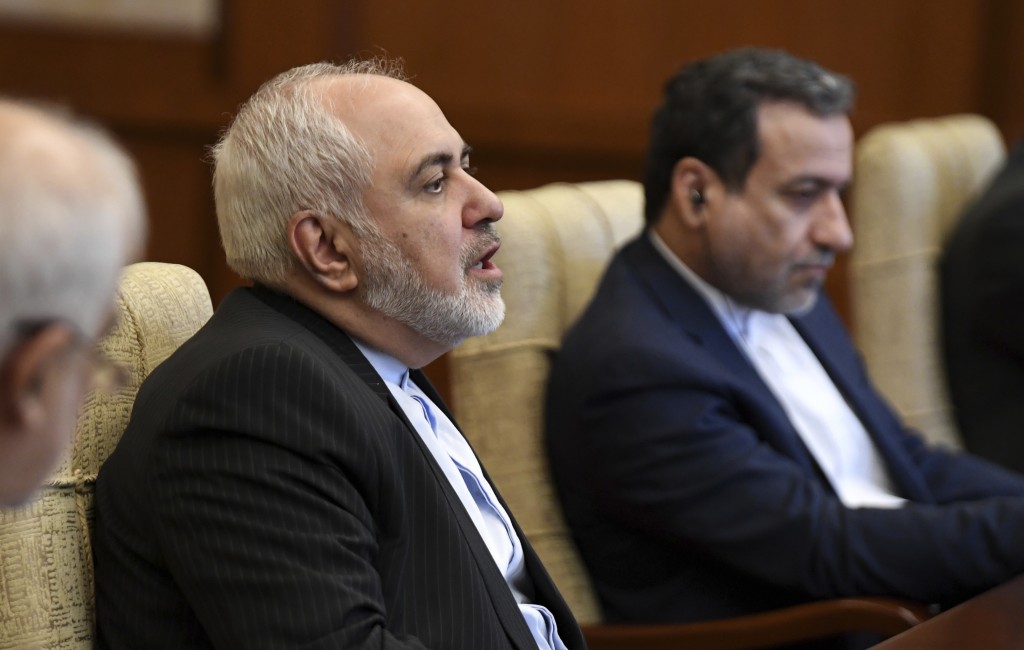 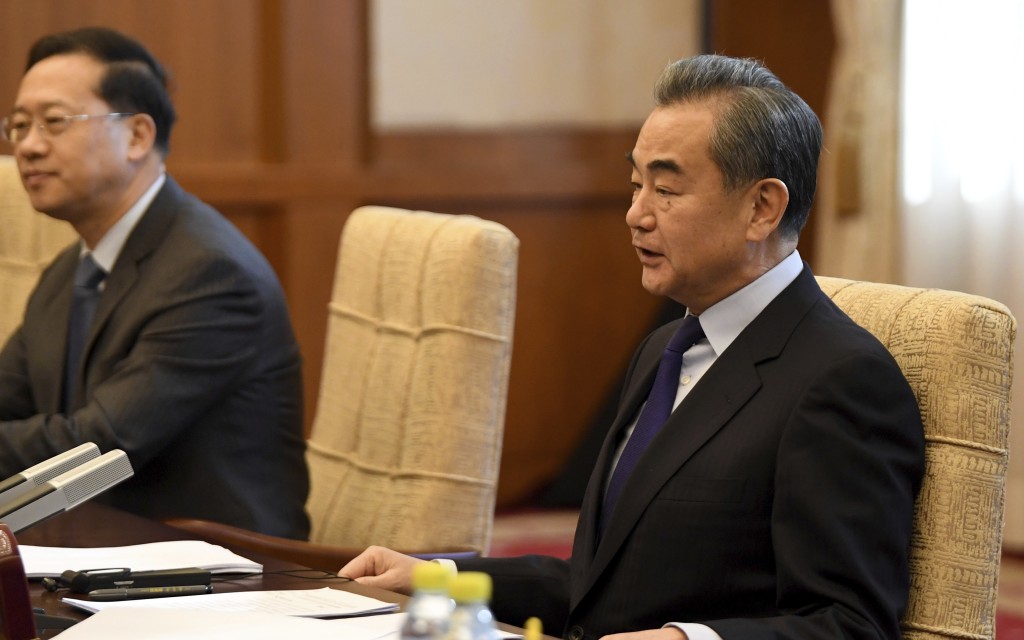 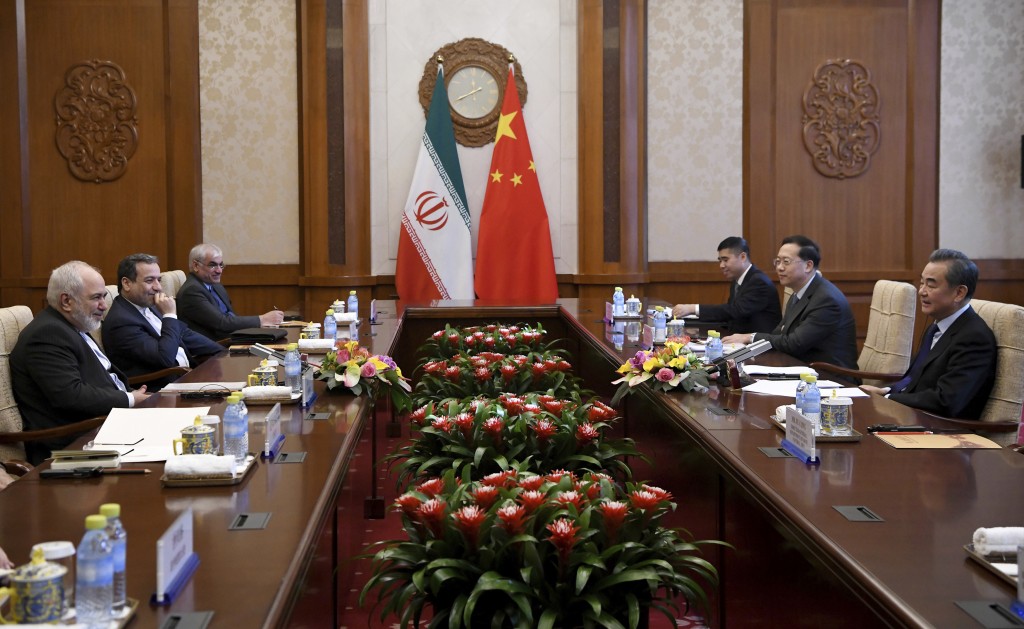 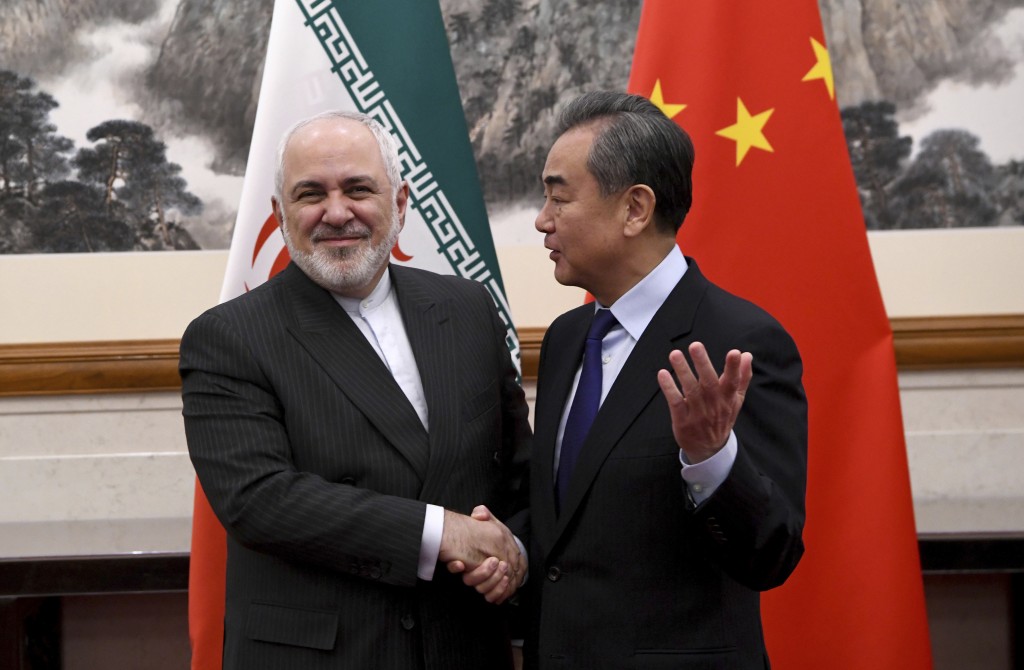 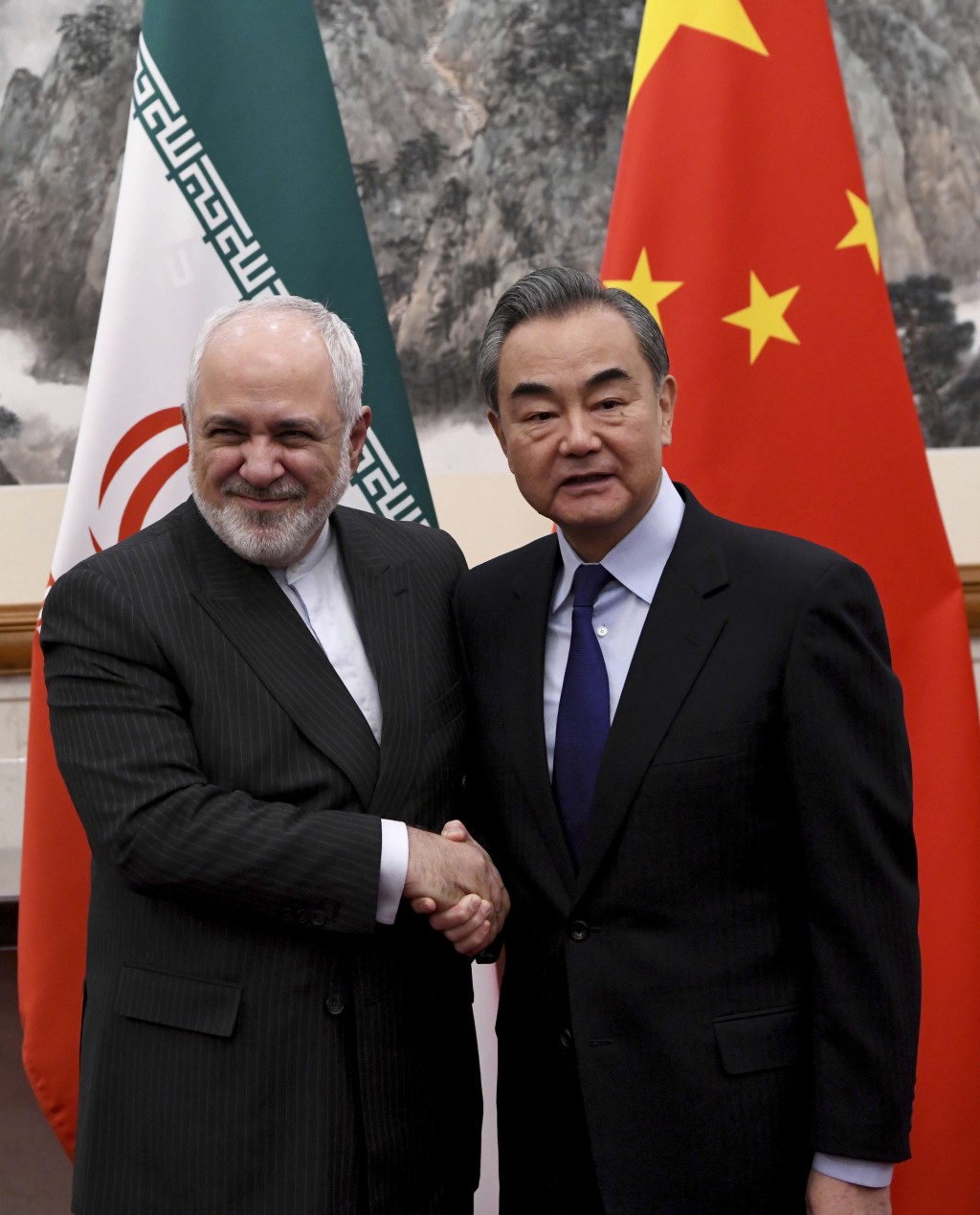 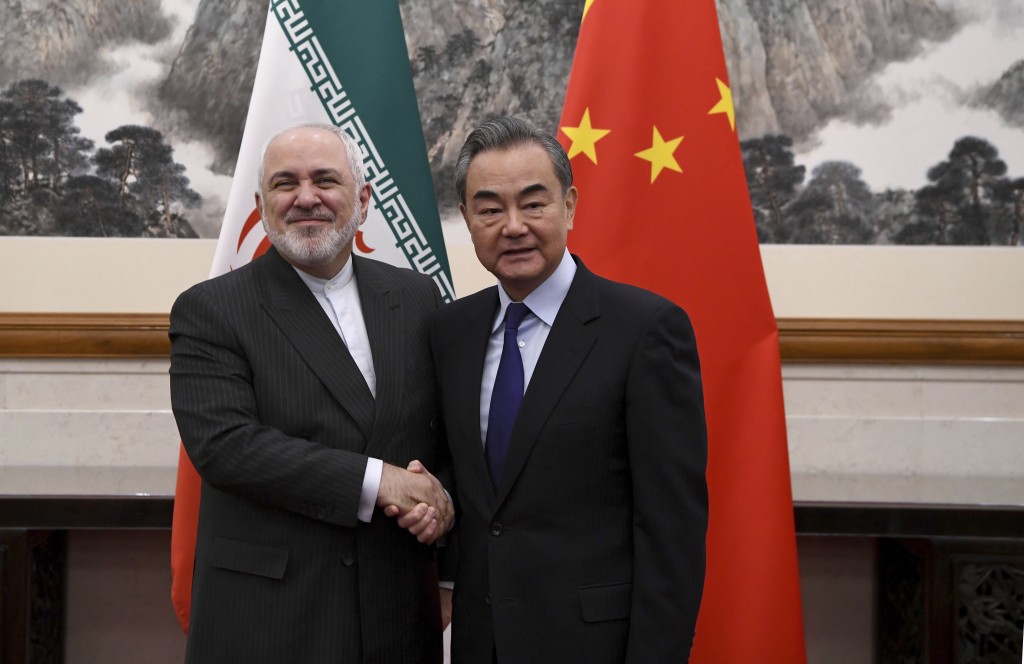 BEIJING (AP) — China's foreign minister has decried international "bullying practices" while meeting with his Iranian counterpart Tuesday, in the country's latest criticism of American foreign policy under the Trump administration.

Wang Yi reaffirmed the strength of bilateral relations in opening remarks at the beginning of talks with Mohammad Javad Zarif.

The Iranian minister's visit follows a trip to close ally Russia and comes just after the first-ever drills among the navies of the three countries in the northern part of the Indian Ocean.

“We need to stand together against unilateralism and bullying practices," Wang said.

China was a signatory to the 2015 nuclear deal with Iran and has strongly criticized the U.S. for abandoning it in favor of a campaign of heightened diplomatic and economic pressure.

Without directly mentioning the U.S., Wang said China and Iran would stand up for their national interests as well as “uphold multilateralism and norms governing international relations."

Zarif responded that the two countries were united in, “our common effort to fight unilateralism and to promote multilateralism" in 2020.

The 2015 deal between Iran and Britain, China, France, Germany, Russia and the United States lifted sanctions on Iran in exchange for limits on its nuclear program. The U.S. withdrew from the accord in 2018 and imposed crippling economic sanctions that block Iran from selling crude oil abroad.

Since then, Tehran has slowly inched toward ceasing its own compliance with the terms of the deal, including launching new operations at a heavy water nuclear reactor.

Iran's moves have been condemned by Western governments as unwelcome and escalating tensions in the region, while Russia and China have repeatedly blamed the U.S. China has also sharpened its rhetoric against Washington amid an ongoing trade war between the sides and U.S. criticisms of China's human rights record and policies in Hong Kong and the traditionally Muslim northwestern region of Xinjiang.

The four-day naval exercise, launched from the southeastern port city of Chahbahar in the Gulf of Oman on Friday, underscores the informal alliance among China, Iran and Russia in the face of Trump's moves to withdraw the U.S. from international agreements.