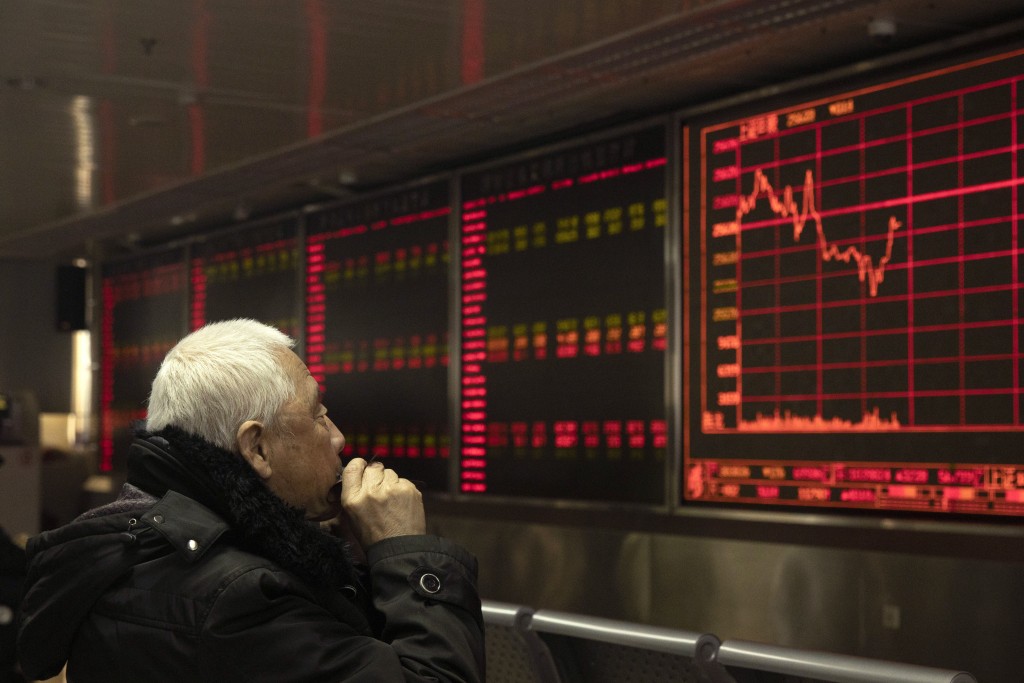 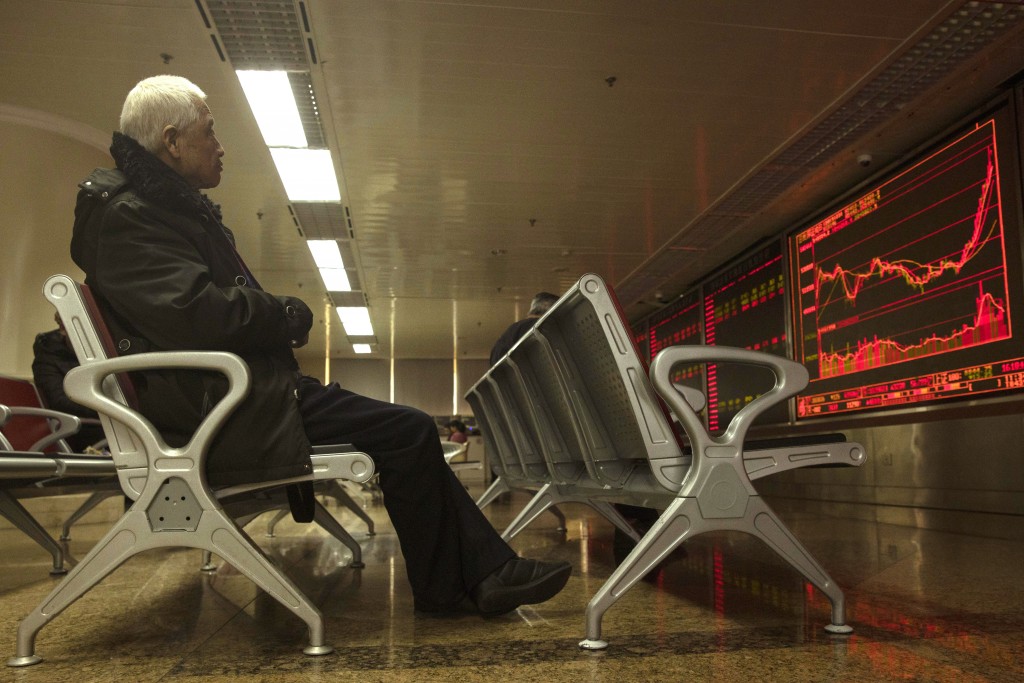 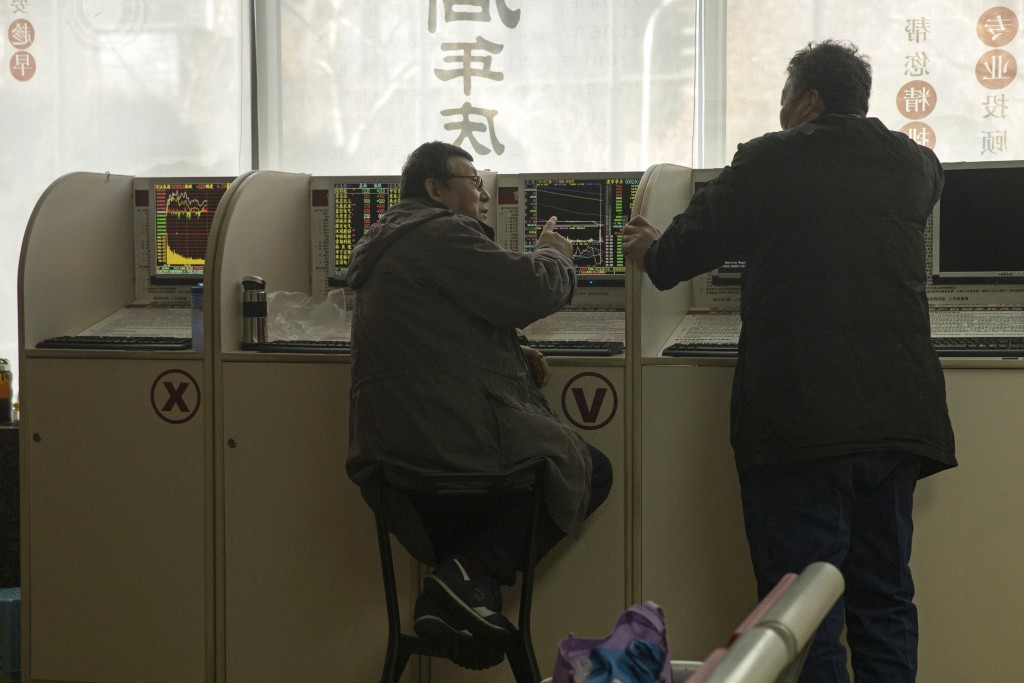 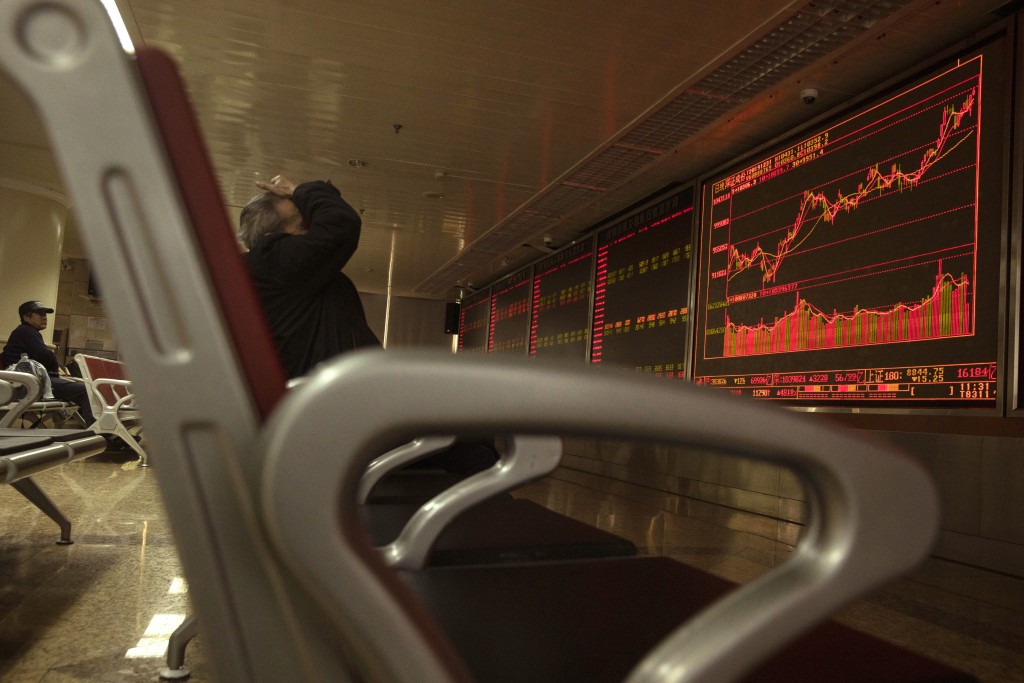 TOKYO (AP) — Asian shares were lower in quiet New Year's Eve trading on Tuesday, with many markets closed. The declines tracked a broad retreat overnight on Wall Street that erased some of the major indexes’ recent gains, though the market remains on track to end the year with its best performance since 2013.

Many markets, including those in Tokyo and Seoul, have already ended trading for 2019. Markets will be closed on Wednesday.

Strong manufacturing data from China appeared not to do much to counter the prevailing selling sentiment. The official purchasing manager's index for December held steady at 50.2, even with the month before, and the second straight month of expansion on the scale where below 50 indicates a contraction.

In U.S. trading, the benchmark S&P 500 has risen five straight weeks, notching multiple all-time highs along the way. It’s on track to end December with its fourth consecutive monthly gain.

Technology, communication services and health care stocks accounted for much of the selling Monday. Retailers and other companies that rely on consumer spending also fell.

Homebuilders fell after a report on pending U.S. home sales in November came in below analysts' expectations. Shares in utilities and real estate sector companies fared the best, ending with only tiny losses, as investors shifted assets to high-dividend stocks and other bond proxies.

“There could be a few big institutions out there that are taking some profits,” said Randy Frederick, vice president of trading & derivatives at Charles Schwab. “Big players can have a bigger influence on the market when the volumes are low.”

Despite the downbeat start to the holiday shortened week, the S&P 500 is on pace to finish the year 28.5% higher, which would make it the strongest annual gain for the market since 2013.

Still, as the market prepares to close out a strong year of gains, uncertainty remains over the final details of a “Phase 1” trade deal between Washington and Beijing, which U.S. officials say will be signed in early January. Details of the agreement have not been disclosed, and it's unclear how much impact it will have if the two sides are unable to resolve their remaining differences.

A couple of potentially market-moving economic reports are scheduled for release this week.

Investors will get to mull over new data on U.S. consumer confidence and home prices Tuesday, and the latest snapshot of manufacturing on Friday. Meanwhile, the minutes of the Federal Reserve’s latest interest rate policy meeting are also due out on Friday.

Frederick said the latest data on manufacturing is probably the one that investors should pay attention to the most.

“While (manufacturing) only represents about 12% of the economy, it tends to be much more of a leading indicator versus the services sector,” he said. “And it’s been one of the things that’s been causing those out there who think we still might be seeing a recession at some point soon to worry.”

Benchmark U.S. crude oil lost 12 cents to $61.56 per barrel in electronic trading on the New York Mercantile Exchange. Coming off a four-week winning streak, it slipped 4 cents to $61.68 per barrel on Monday. Brent crude, the international standard, gave up 9 cents to $66.58 per barrel.