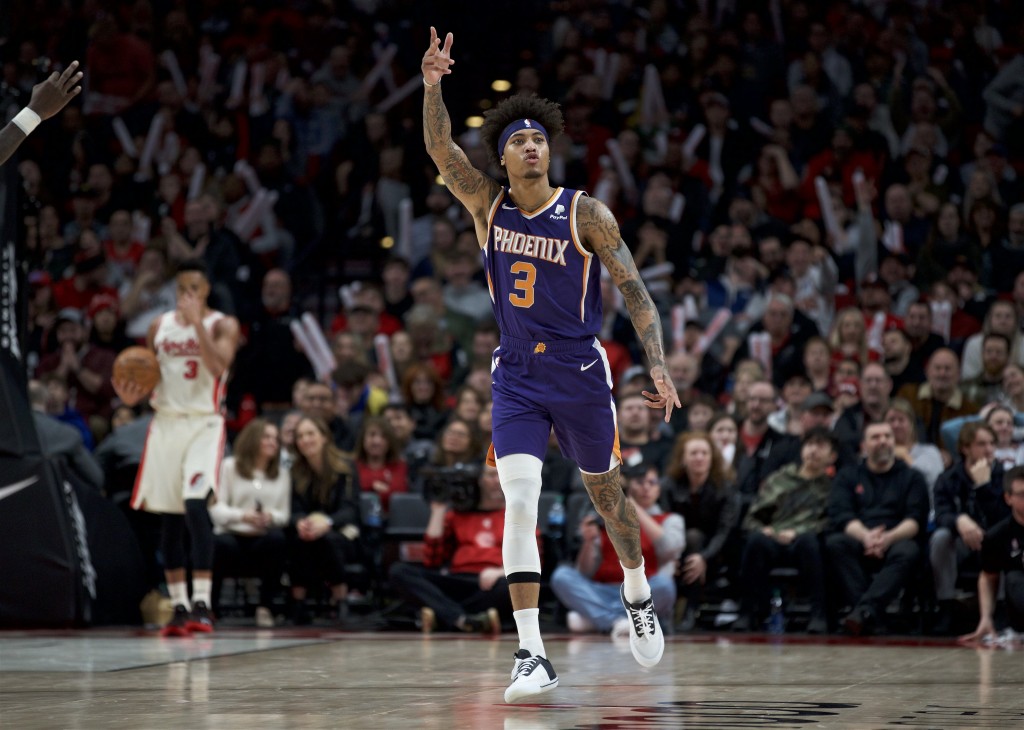 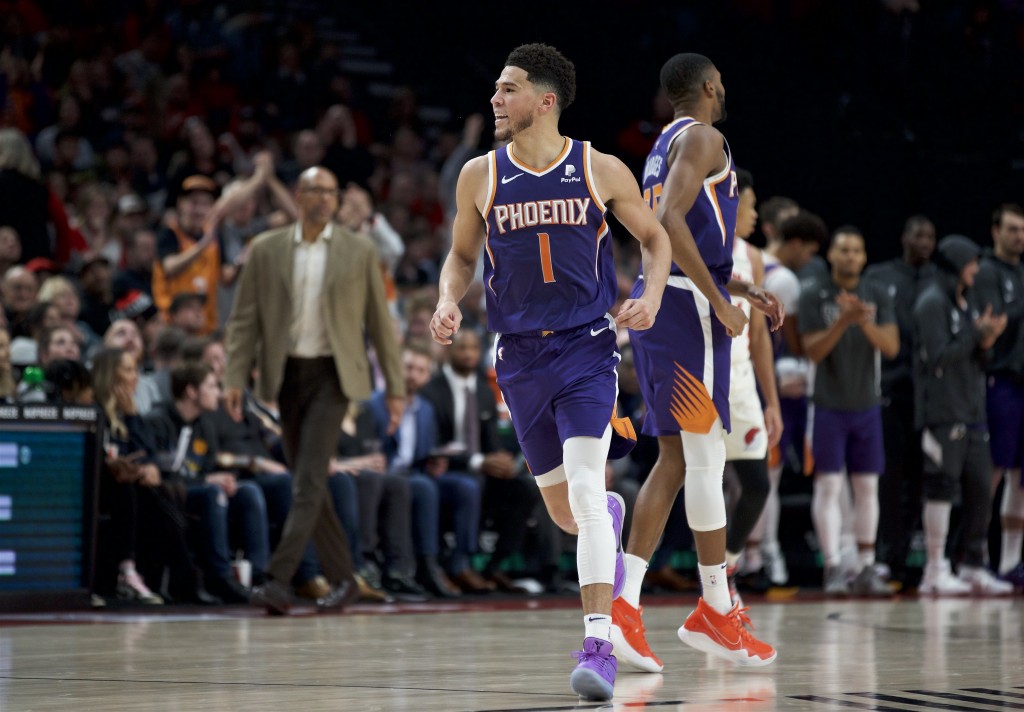 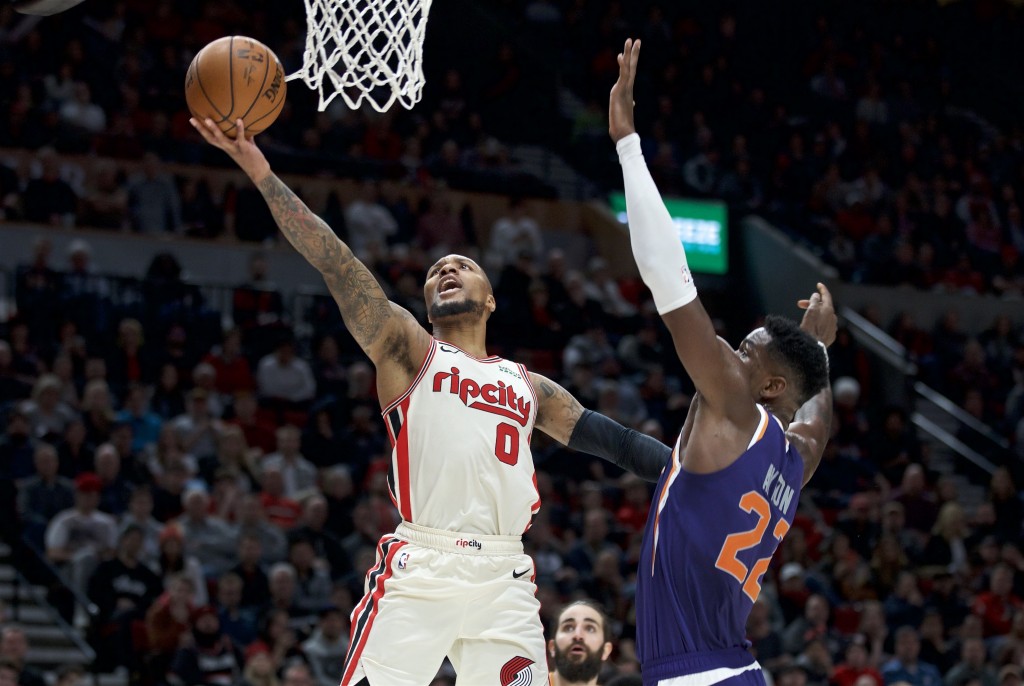 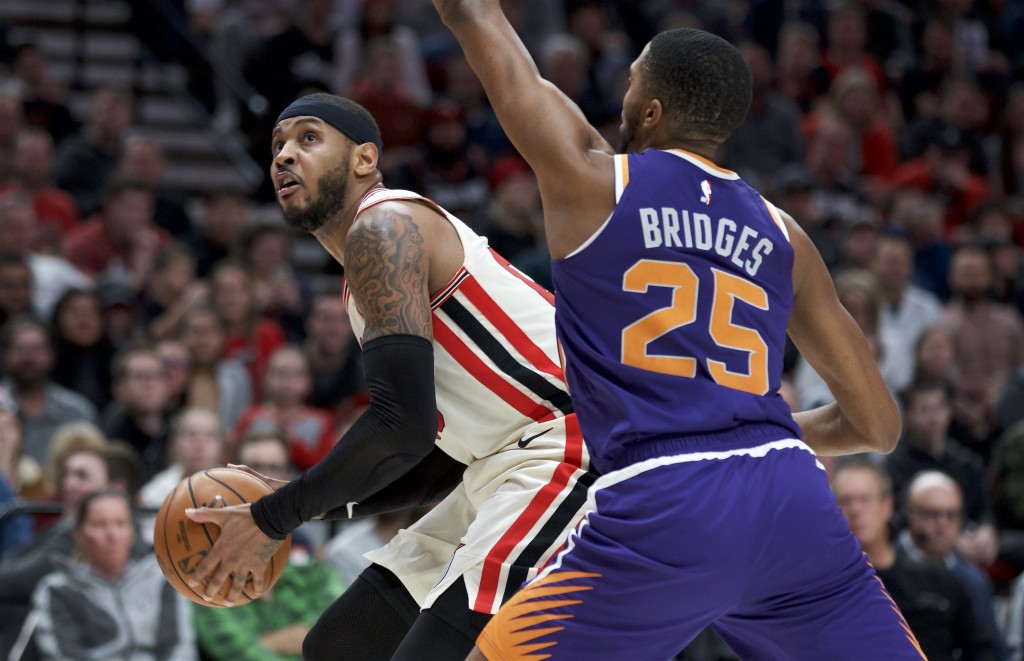 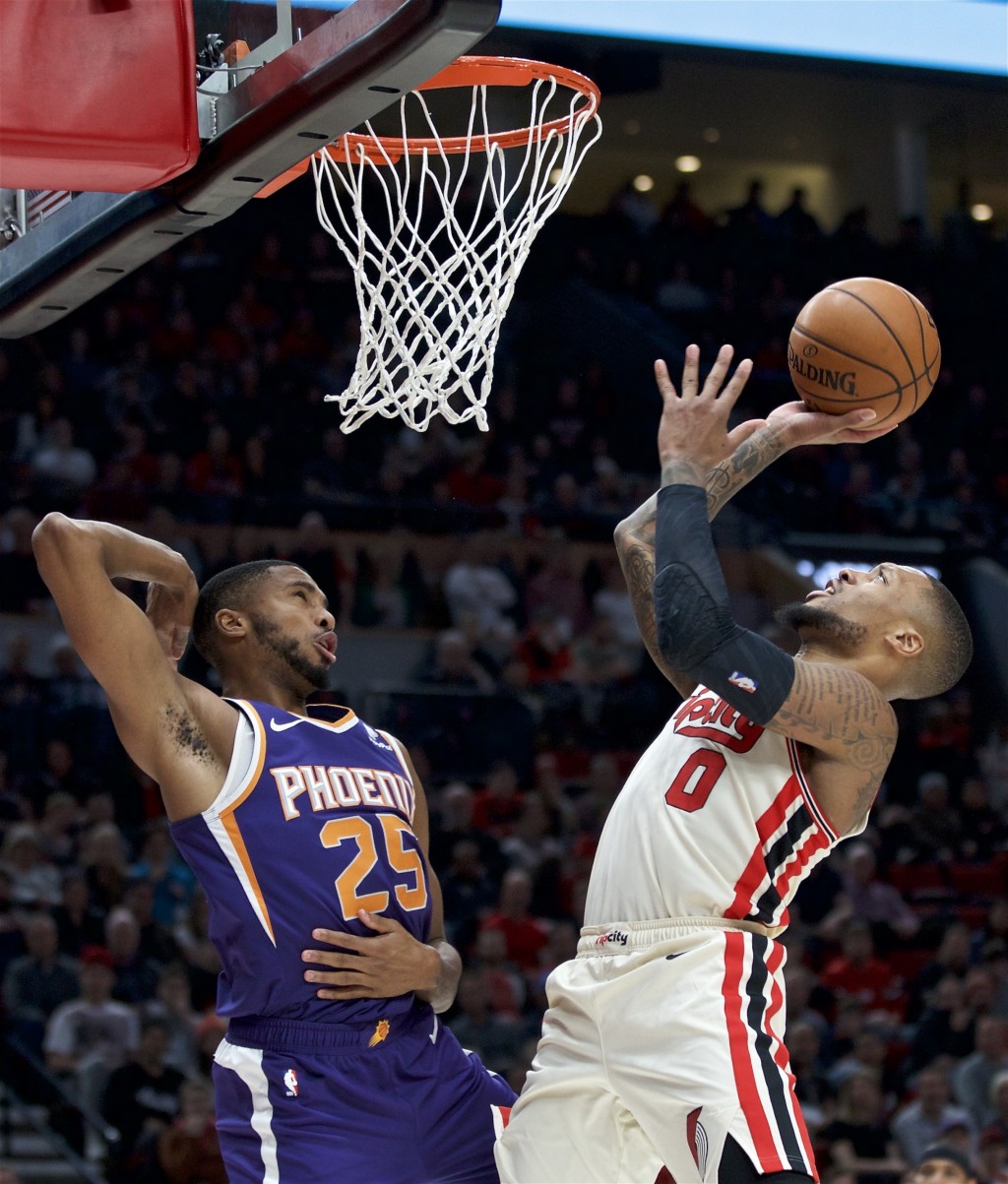 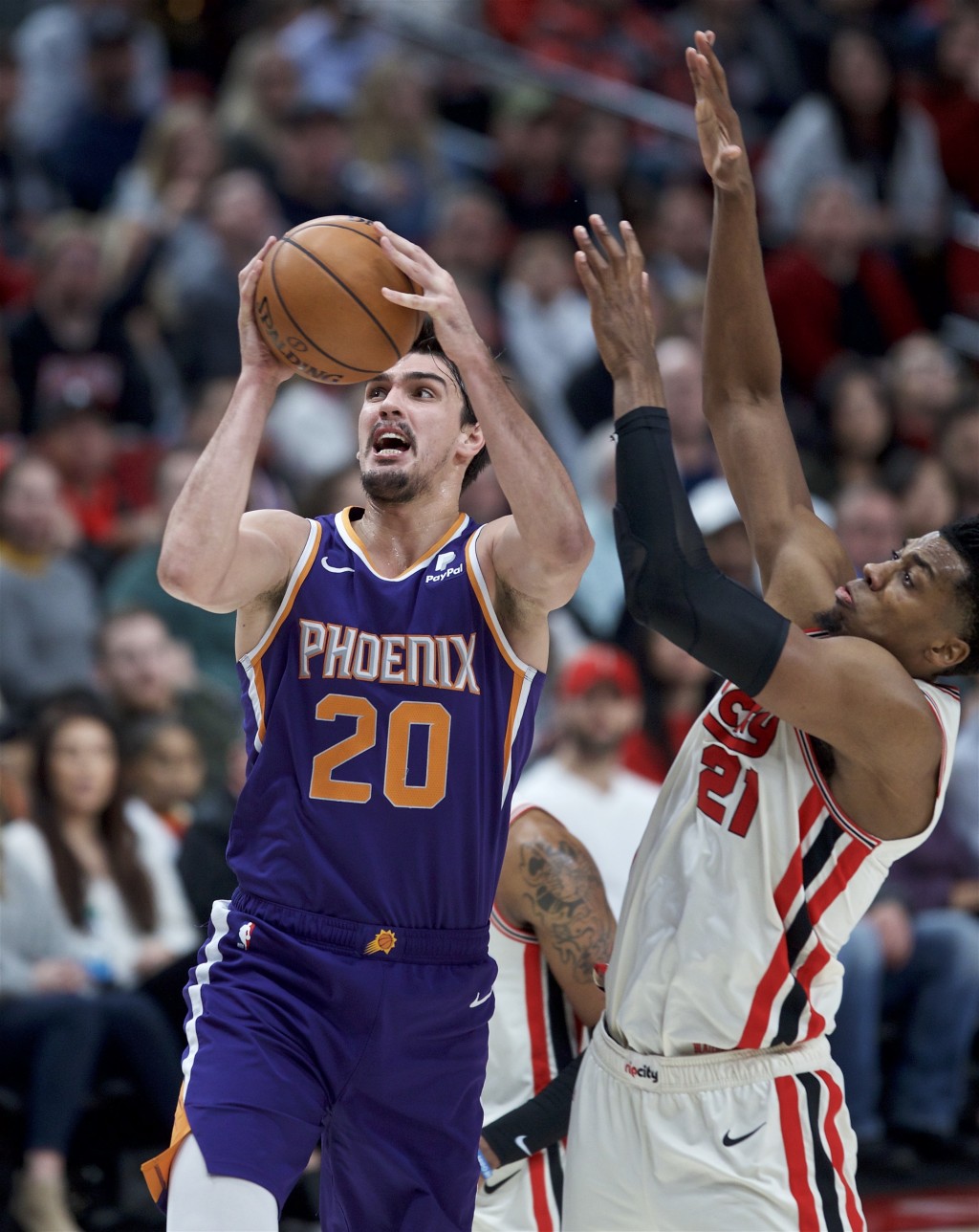 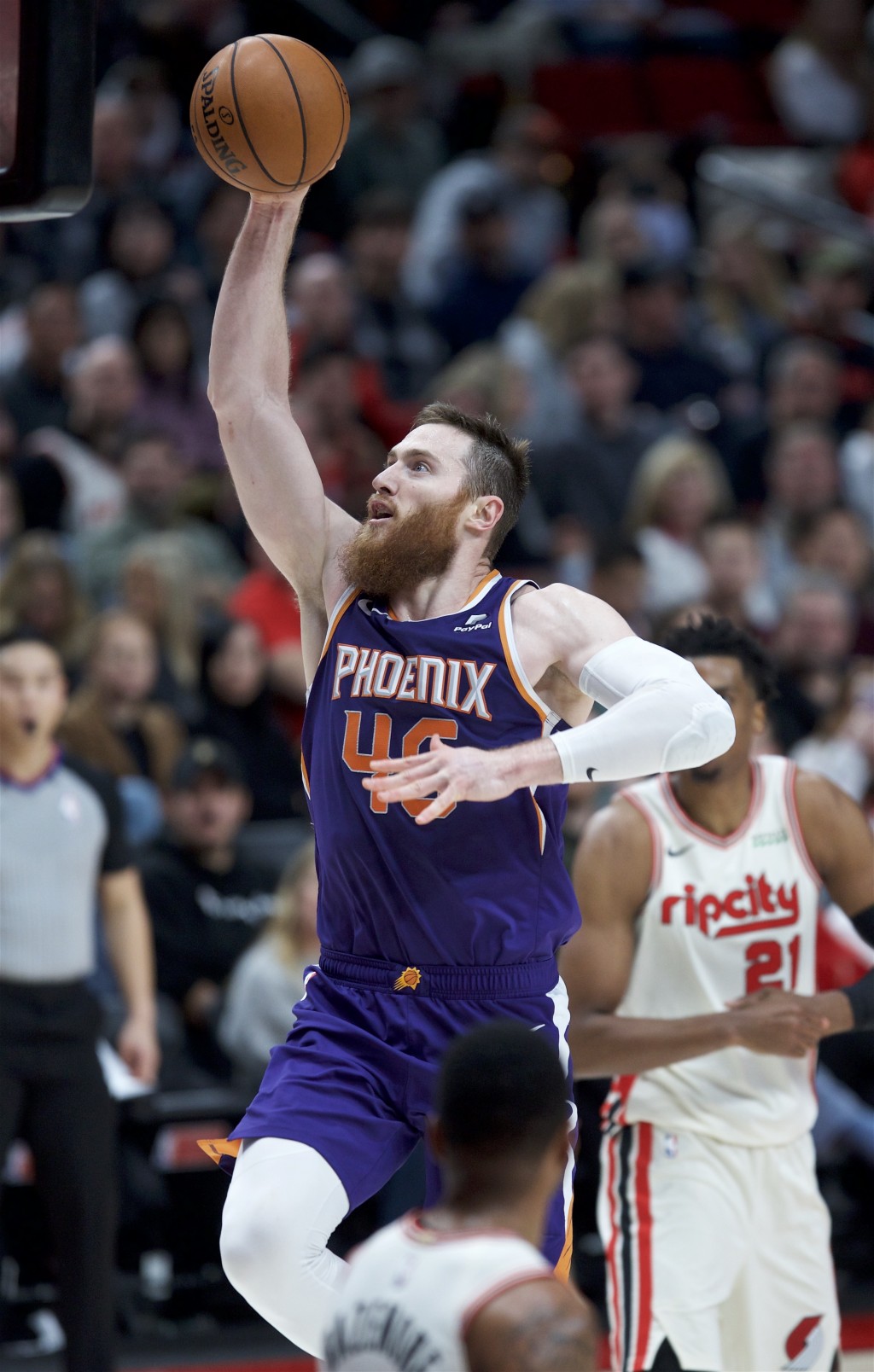 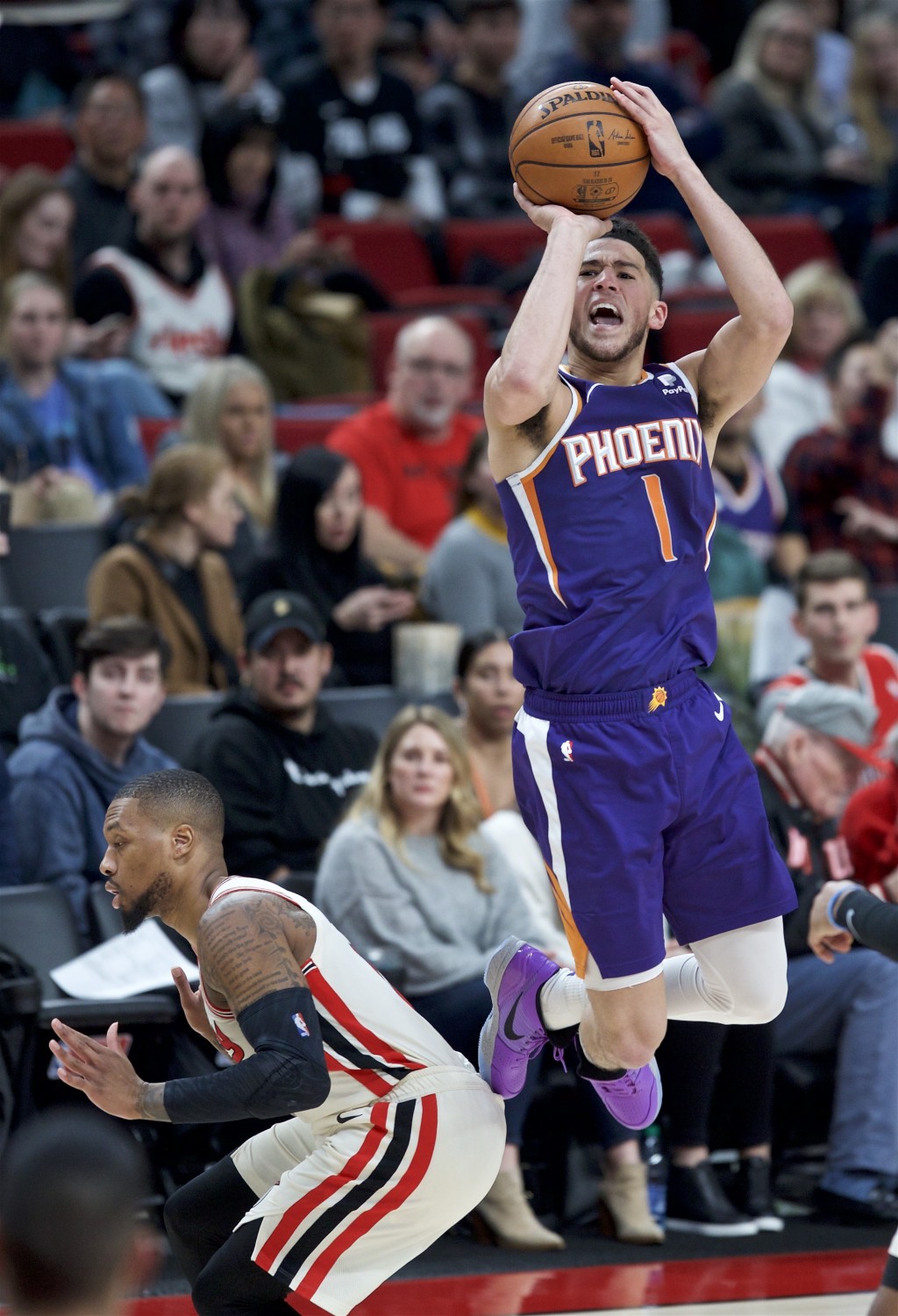 After trailing by 19, the Suns roared back to win their second consecutive game and hand Portland its fourth straight defeat.

A 3-pointer by Oubre gave Phoenix a 120-114 lead with 43.8 seconds left. After the shot, Oubre blew kisses to the Blazers crowd.

Ricky Rubio added 18 points and 13 assists for the Suns.

Damian Lillard had 33 points and CJ McCollum scored 25 for Portland. Hassan Whiteside had 16 points and 22 rebounds.

Lillard’s four-point play gave the Blazers a 24-13 lead with 4:37 left in the first quarter. Lillard hit his first five 3s and scored 16 points in the opening period.

Oubre’s 3-pointer cut Portland’s advantage to 108-107 with 3:31 left, and a tip-in by Deandre Ayton gave Phoenix its first lead since the opening quarter with 2:48 remaining. Booker’s jumper put Phoenix up 115-110.

Suns: After missing the previous five games with an ankle injury, Ayton was in the lineup for just the third time this season. After serving a 25-game suspension, Ayton got hurt. But after consecutive workouts, the Suns decided to let the former No. 1 pick loose.

“It’s just part of our season so far. We’re just thankful to have him back. He’s progressed well in his treatment and workouts on the floor,” coach Monty Williams said. “He’s been working his butt off in simulations of games. He felt really good yesterday and this morning and after shootaround. So we just thought it best to get him out there. We’ll watch his minutes obviously.”

Aron Baynes remained the starting center for Phoenix as Ayton came off the bench.

Trail Blazers: Second-year wing Gary Trent Jr. scored all 11 of his points in the first half, including three 3-pointers. Anfernee Simons also gave Portland a boost off the bench with 12 points. ... The Blazers sustained yet another injury to their frontcourt when Skal Labissiere injured his right knee against the Los Angeles Lakers on Saturday. Results of an MRI on Labissiere were inconclusive, but the Blazers have ruled him out for their upcoming five-game road trip. The Blazers called up two-way player Moses Brown from the G-League. Portland coach Terry Stotts expects 3-point specialist Anthony Tolliver to play more at center as the team is already without starting center Jusuf Nurkic and starting power forward Zach Collins. “I think we kind of have to rethink some things because of what he can do on both ends,” Stotts said.

Trail Blazers: At the New York Knicks on Wednesday night.