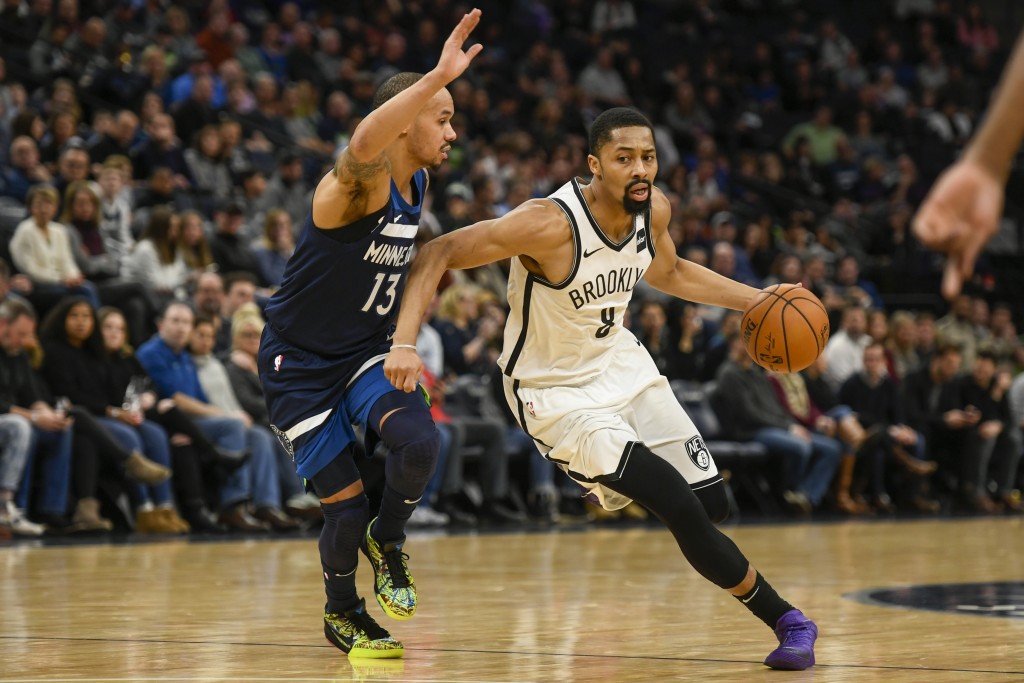 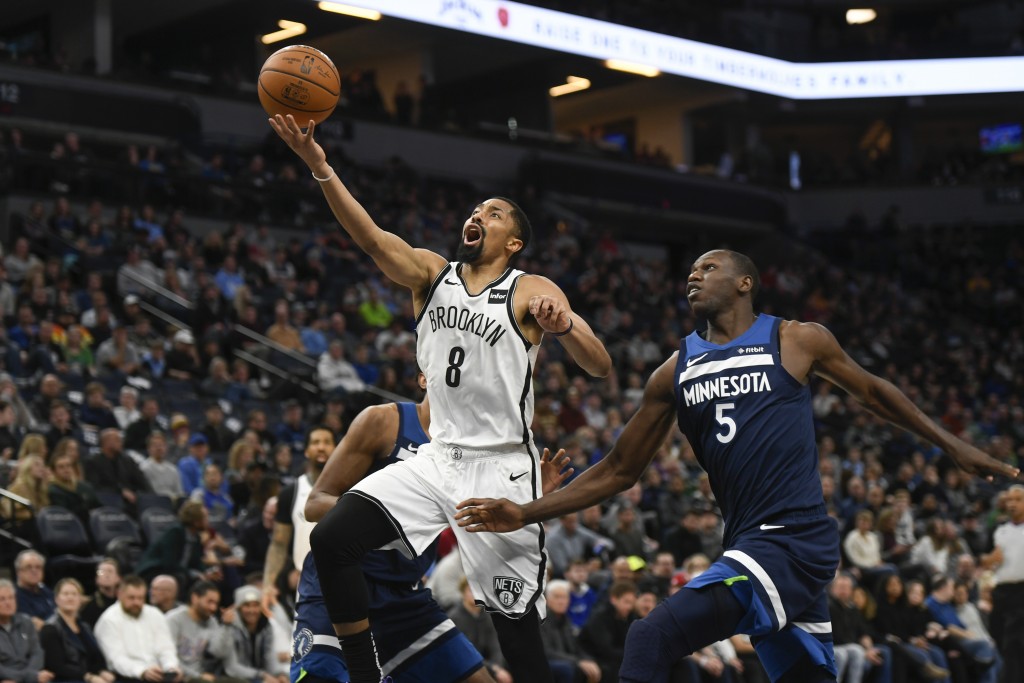 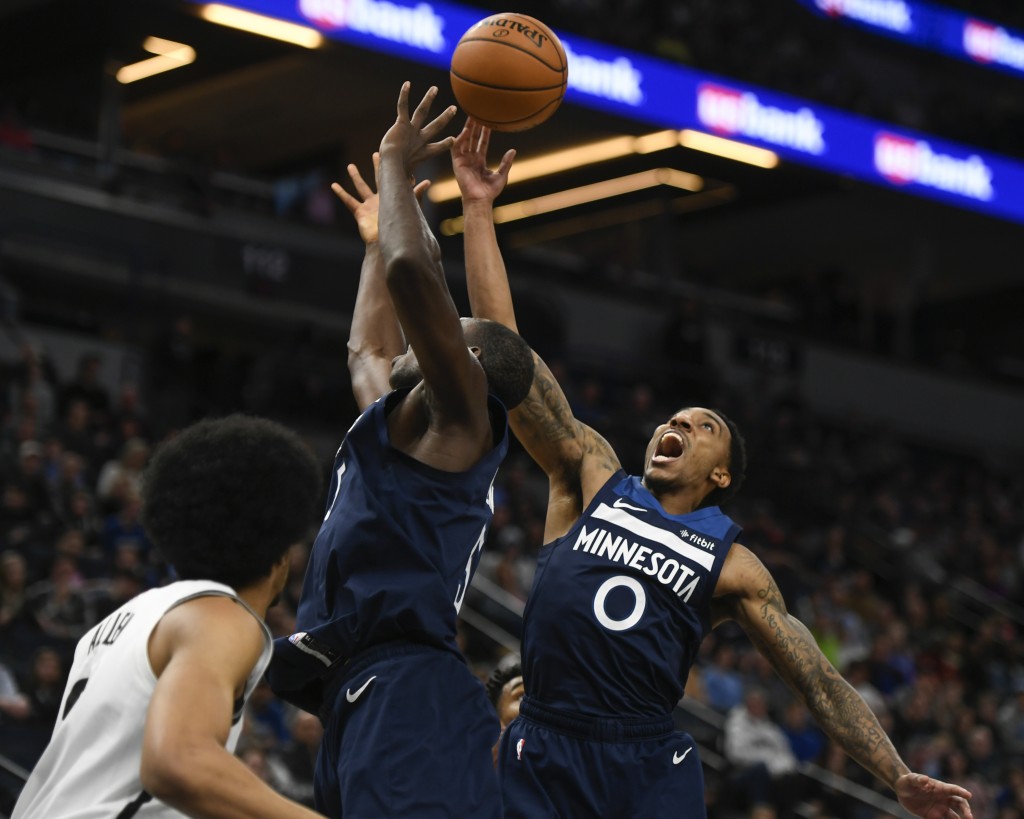 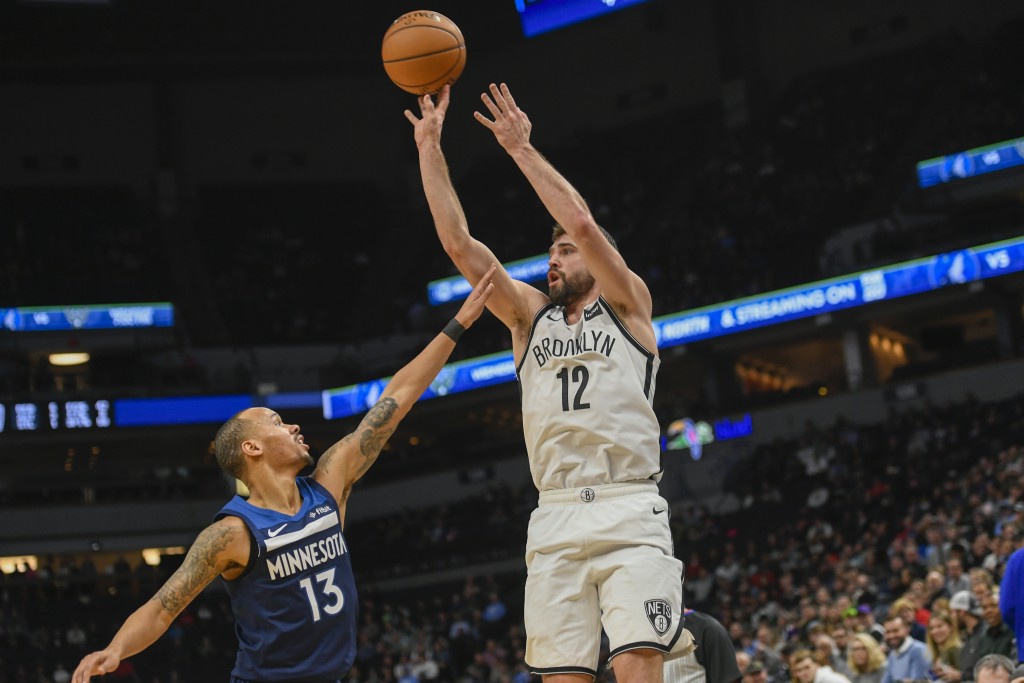 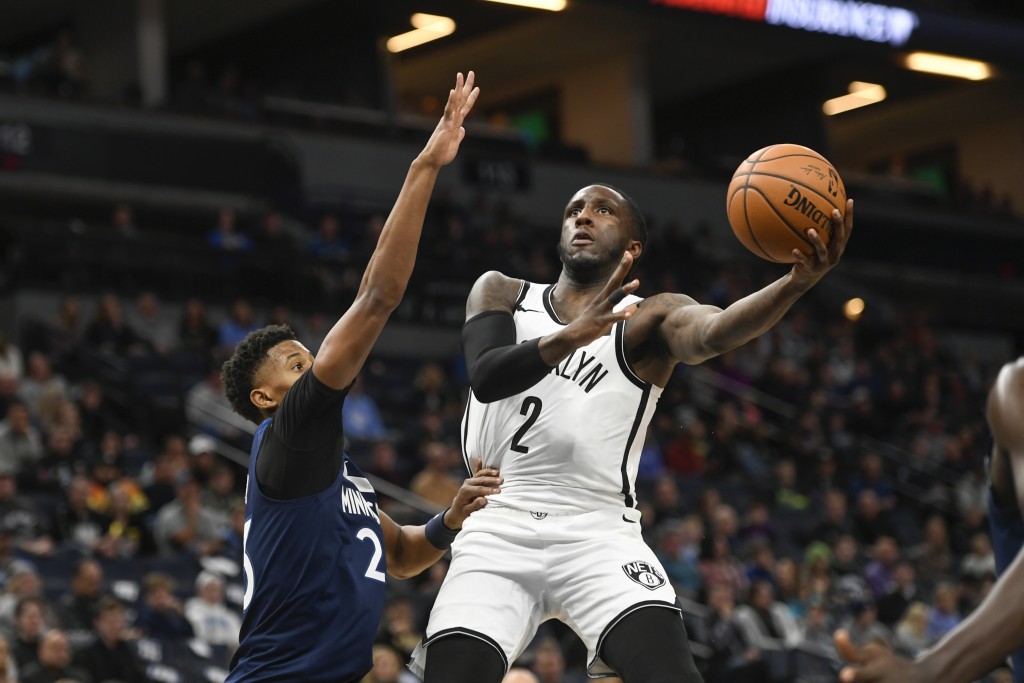 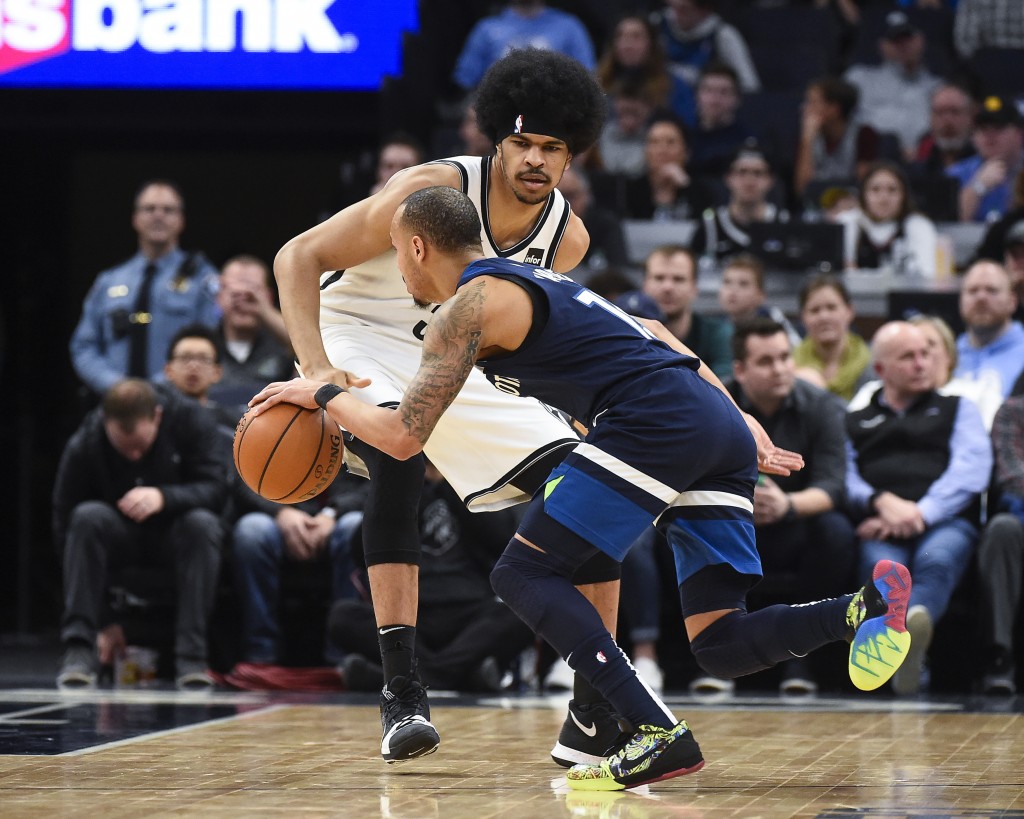 The Timberwolves had lost 12 of 13 and were again without injured Karl-Anthony Towns and ill Andrew Wiggins. Gorgui Dieng started in Towns' place and had 11 points and 20 rebounds. It was Minnesota's first home win since Nov. 13.

Dinwiddie has scored at least 20 points in 18 of the 21 games he's started in place of injured Kyrie Irving.

The Wolves led only once in the first three quarters. A 7-0 run in the closing minutes was capped by Dieng's 3-pointer from the corner that gave them the lead at 103-101 with 36.3 seconds remaining in regulation.

Taurean Prince's basket tied it at 103-103 with 26.9 seconds left and set up the overtime finish.

Robert Covington and Kelan Martin hit key 3-pointers in overtime for the Timberwolves. Covington's 3 with 3:15 to play gave them the lead for good. Napier scored eight points in overtime.

Naz Reid scored 11 of his 13 points in the first half for Minnesota. The rookie set career highs in points and minutes (20) in his third career game.

Nets: At Dallas on Thursday. It's the first meeting of the two teams this season.

Timberwolves: At Milwaukee on Wednesday. The Bucks have won eight of the past 10 meetings.