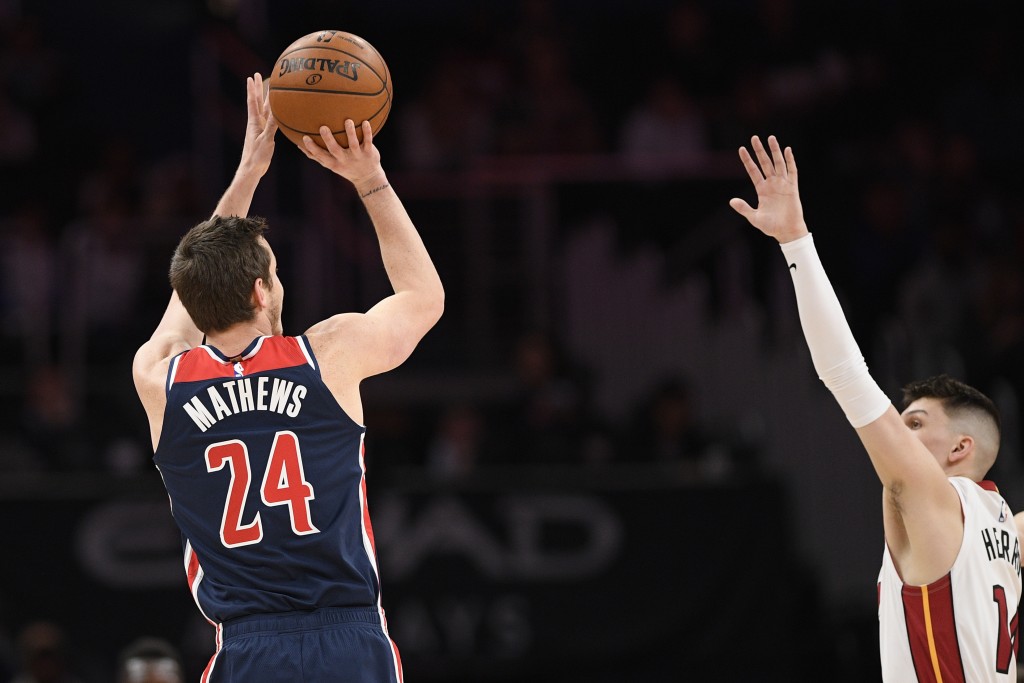 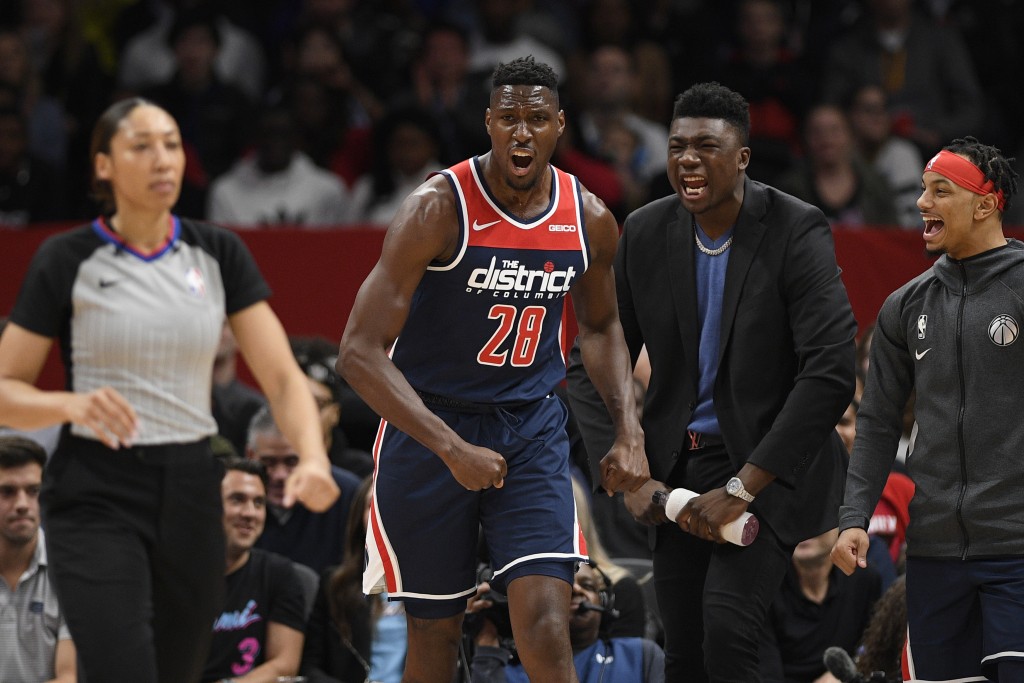 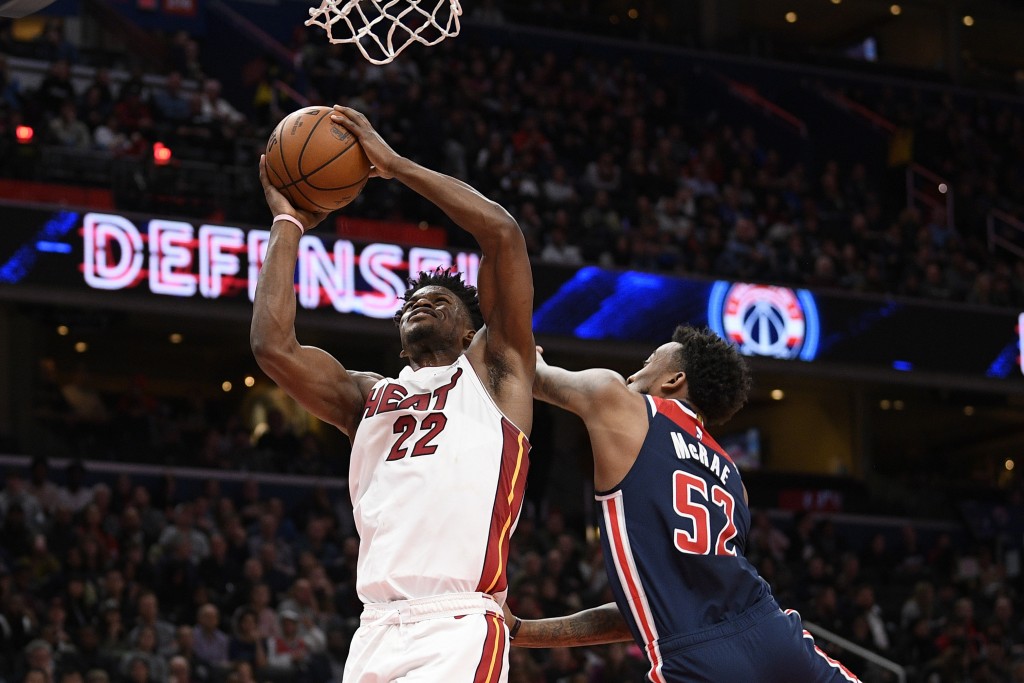 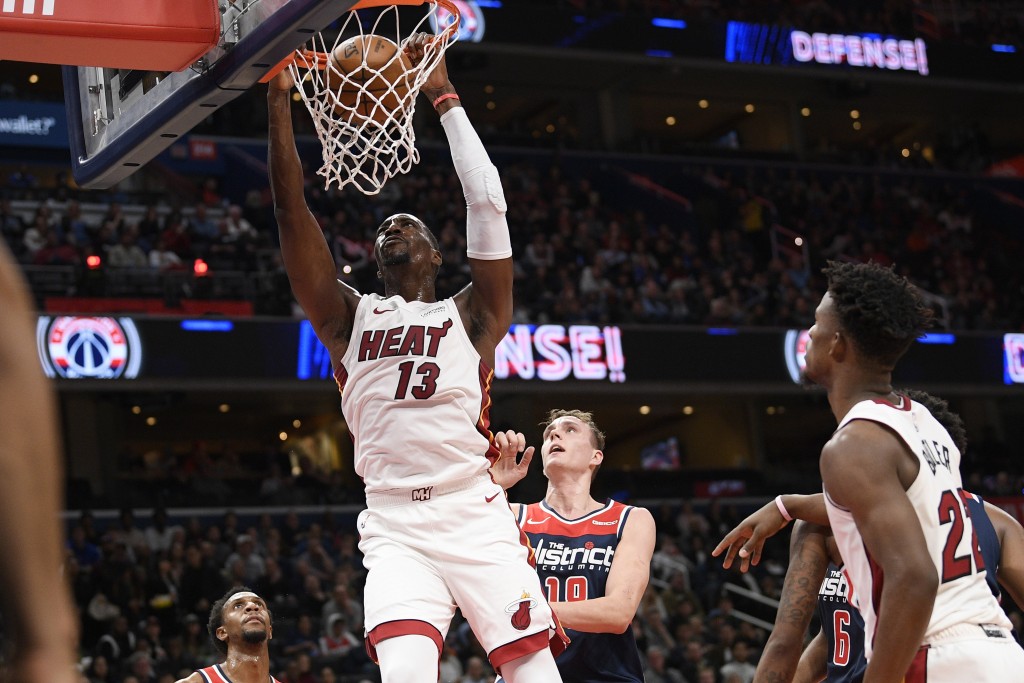 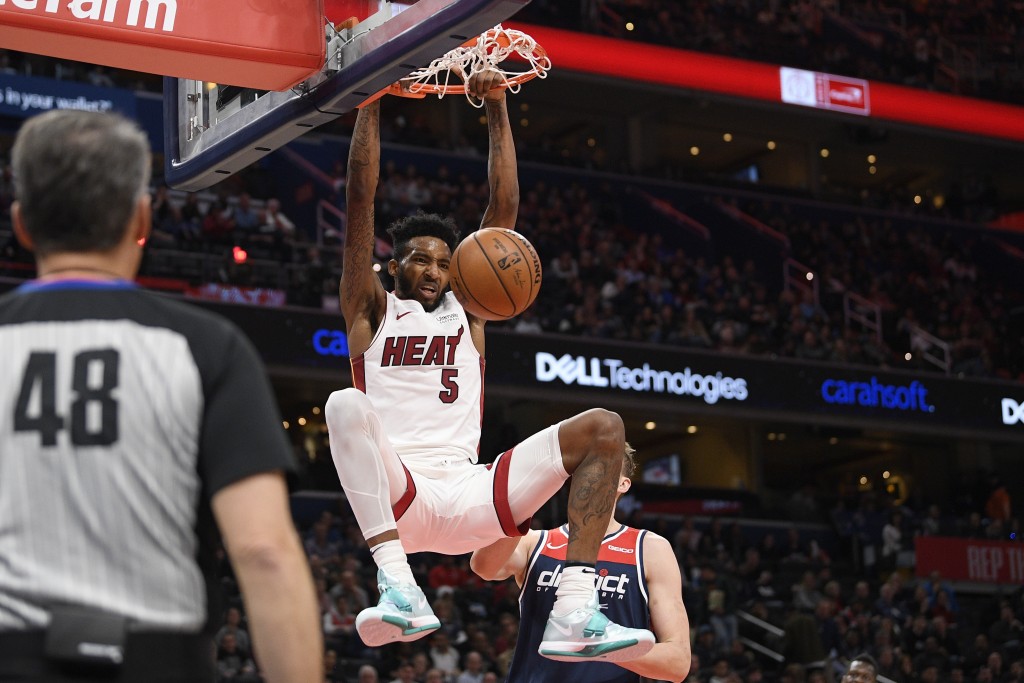 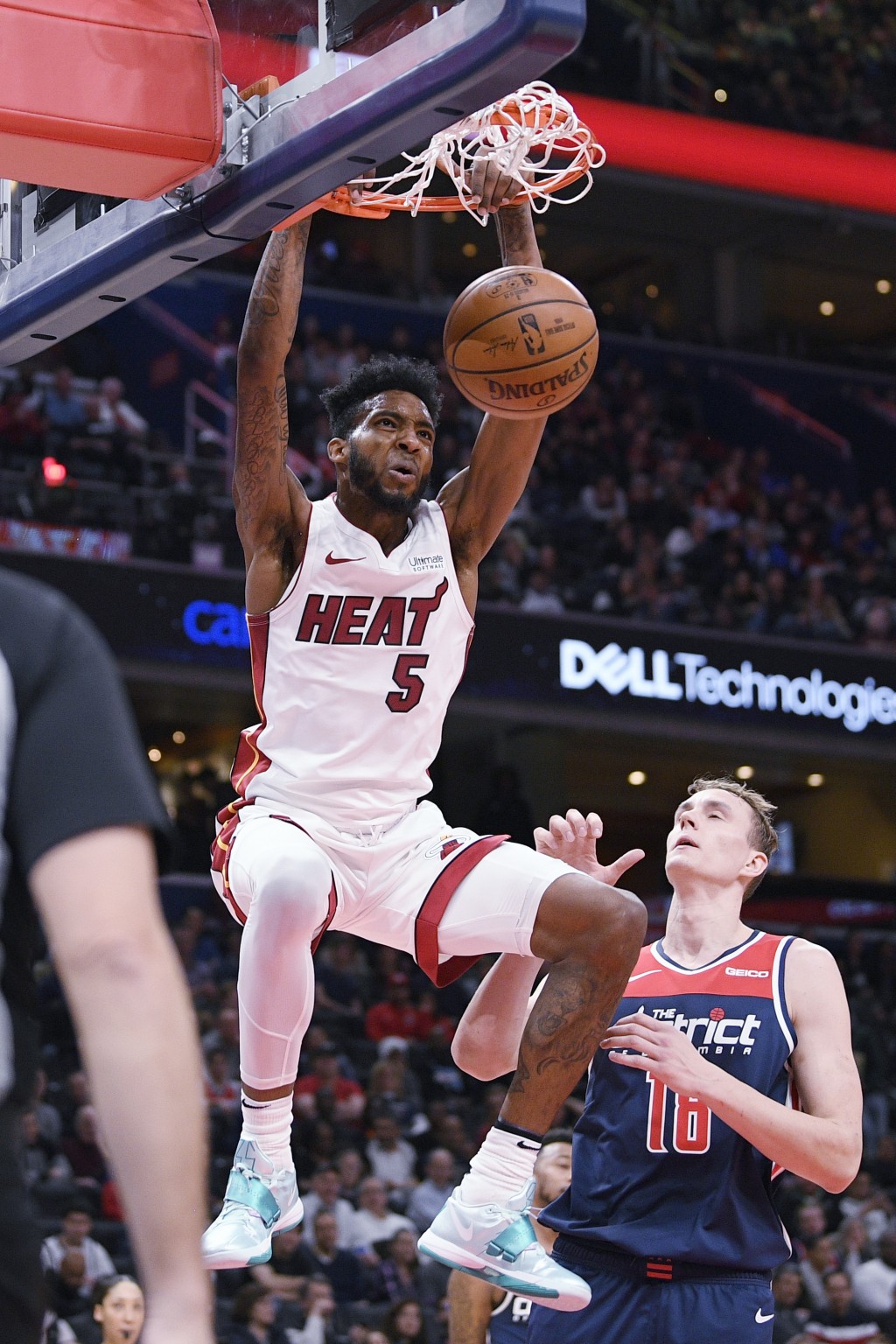 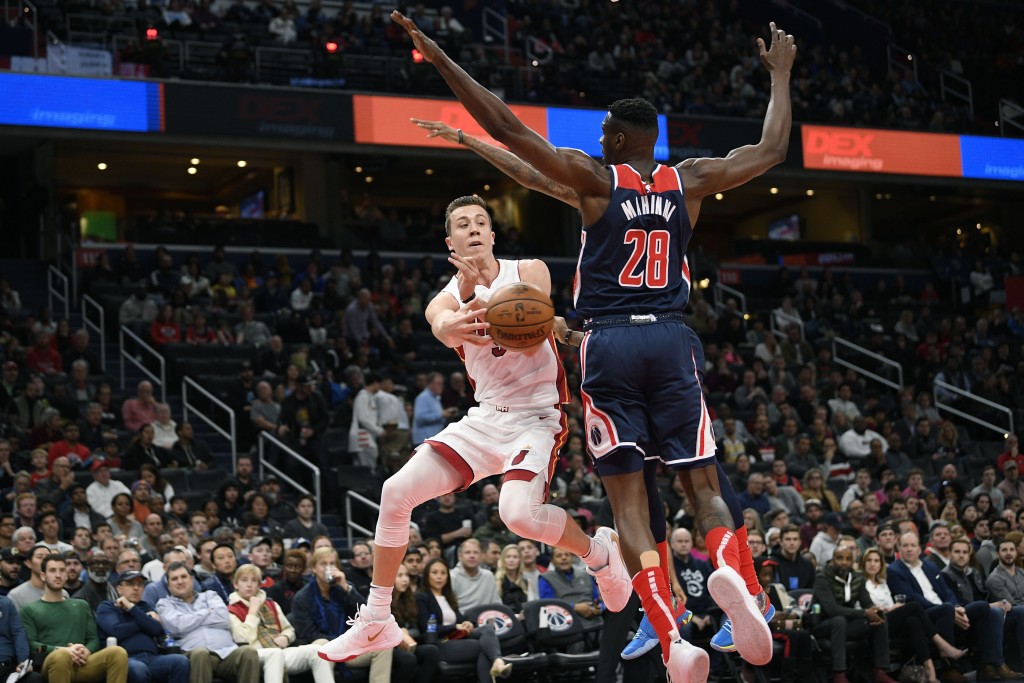 With the Wizards minus All-Star shooting guard Bradley Beal and five other key members of their rotation, they got huge contributions from an unexpected trio. McRae, a third-year player, Mathews, in his 11th NBA game, and Mahinmi, a 13-year veteran, enjoyed nights to remember against Miami (24-9), which had its five-game winning streak snapped. The Heat entered with the second-best record in the East and lost for just the third time in 20 games against conference opponents.

Mathews, whose previous NBA high was six points, scored 20 in the second quarter. Mahinmi had 19 in the first half as Washington (10-22) took a 71-63 lead at the break and won going away.

Wizards: Beal sat out for the second consecutive game with soreness in his lower right leg. “Getting better,” coach Scott Brooks said. “Anticipate him practicing (Tuesday), and we'll see how he feels.” Brooks hopes Beal can return for Wednesday's game against Orlando. ... C Thomas Bryant missed his 14th straight game with a stress reaction in his right foot. Brooks said Bryant could be back next week. He'll practice with the G-League Capital City Go-Go in the next few days.

Heat: Host the defending NBA champion Toronto Raptors on Wednesday. Miami is an NBA-best 15-1 at home.

Wizards: Host the Orlando Magic on Wednnesday in the third of a six-game homestand.