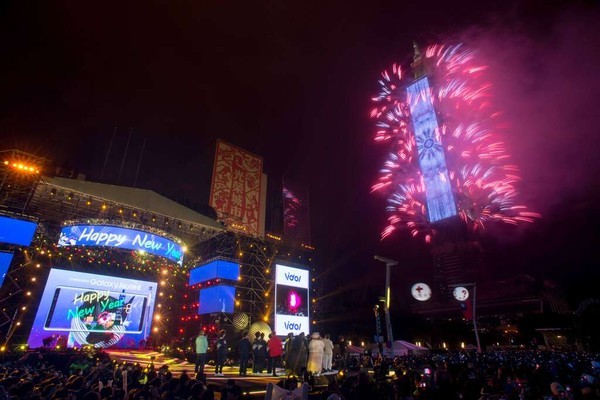 In Taipei, New Year's Eve revelers are expected to gather in droves in front of Taipei 101 for the spectacular fireworks and LED light displays. A warm-up performance will begin at 6 p.m. in Taipei City Hall Square. The next morning, a flag-raising ceremony will start at 6:30 a.m. in front of the Presidential Office Building following 1.5 hours of shows comprising cheerleaders, a high school marching band, a drum dance, and a tri-service honor guard performance.

Taipei Metro has announced it will operate 42 hours until 12 a.m. on Thursday (Jan. 2), with the exception of Xiaobitan and Xinbeitou stations, and the Danhai light rail is also to run 42 hours the same day. The city government will run shuttle bus services between Taipei 101 and Taipei Main Station, MRT Gongguan Station, and Muzha District to relieve congestion expected for Xinyi District.

In Taoyuan, a New Year's countdown party will take place at the HSR Taoyuan Station Plaza from 7 p.m. on Tuesday, with Taiwanese and K-pop stars to perform on stage, including Korean boy group Super Junior K.R.Y. as well as Taiwanese singers Nick Chou (周湯豪) and Jeannie Hsieh (謝金燕). Taoyuan Metro will extend operation hours until 11 p.m. on Wednesday. New Year revelers in southern Taiwan will gather at Dream Mall for shows starting at 7 p.m. Traffic controls will be in place on roads around the mall from Tuesday at 8 a.m. to Wednesday at 2 a.m. The Kaohsiung Rapid Transit and light rail systems will extend their hours of operation to 2 a.m. and 1:30 a.m., respectively. Additional buses will be added to several bus lines, including No. 12, 69, Red 2, Red 3, Red 9, until 2 a.m. on Wednesday.

A massive, dazzling New Year's fireworks display combined with a revolutionizing 400-drone light show will take place at E-DA Theme Park in Kaohsiung. Free shuttle bus services will be provided between the Yung Ta Institute of Technology and Commerce and the park, and bus services will be added to the route between Zuoying HSR station and the park to prevent traffic bottlenecks. 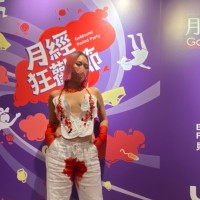