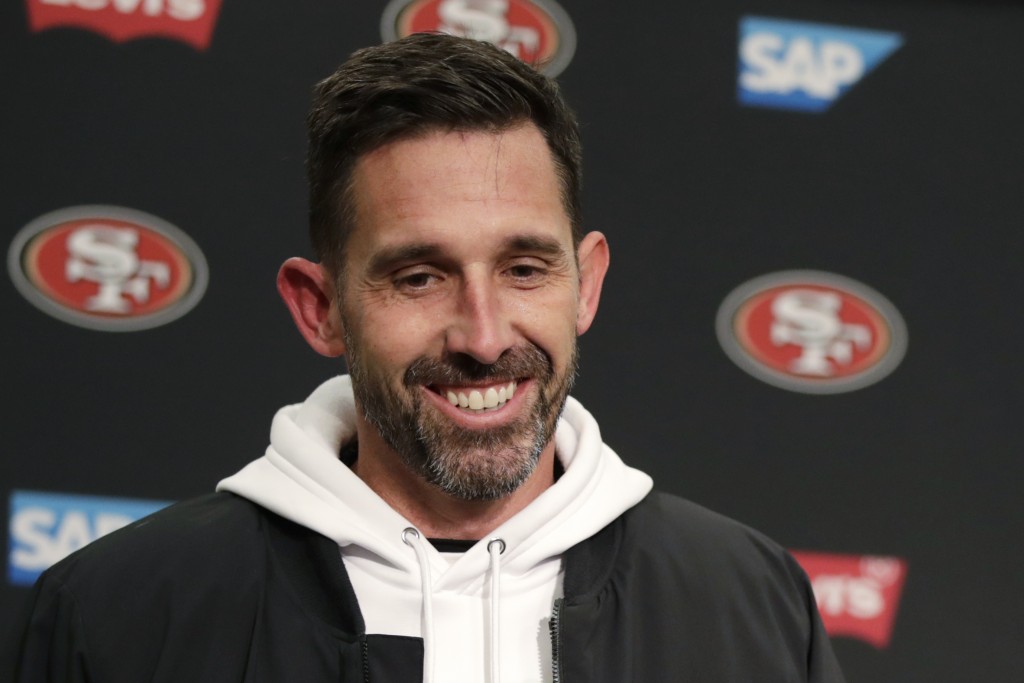 After four straight losing seasons, including only 10 wins in coach Kyle Shanahan's first two seasons, the 49ers (13-3) emerged as the top team in the NFC thanks a big-play offense and a vastly improved defense.

"We knew going into the year we had a chance to be pretty good with what we had on paper and watching the guys throughout training camp," Shanahan said. "We knew that pretty well after the first five games, we could feel it. Then you go through a number of injuries and stuff and you never know how you're going to be able to fully handle that. That's what I have been impressed the most with the guys, no one has wavered."

That was especially true Sunday night in the season finale when the 49ers ended an eight-game skid in Seattle and beat the Seahawks 26-21 after making a stop inches from the goal line in the closing seconds. That was the fifth straight game for San Francisco that was decided in the final 10 seconds.

That sealed the team's first division title since 2012 and marked the first time San Francisco was the No. 1 seed in the NFC since 1997.

Now the Niners get to rest this week instead of traveling across the country to play Philadelphia in the wild-card round. San Francisco had its bye after Week 3 and can use the added rest.

"It feels good to get where we're at," Shanahan said. "Our goal was to get in the playoffs, it feels much better with being the one seed. By now everyone knows there is only one team that is happy at the end of year."

Deebo Samuel and George Kittle. The Seahawks had no answer for Samuel and Kittle, who did most of their damage over the middle. Jimmy Garoppolo targeted the two 12 times, completing all of the passes for 186 yards. Samuel added a 30-yard touchdown run as well.

Second-half defense. After shutting out the Seahawks in the first half, the Niners struggled to make any stops after that. Russell Wilson drove the Seahawks to TDs on Seattle's first three drives of the second half and then came inches away from another on the fourth drive that would have won the game. Seattle converted 6 of 8 third downs in the second half and gained 269 yards.

Dre Greenlaw. The rookie linebacker has had some inconsistent play this season but delivered perhaps the biggest play of the year for the Niners. His tackle of Jacob Hollister just an inch or two shy of the goal line in the closing seconds denied the Seahawks the winning score and gave San Francisco a week off.

CB Ahkello Witherspoon. For the second straight game Witherspoon was beaten for two touchdown passes. He was pulled late in favor of Emmanuel Moseley, who played well earlier in the season when Witherspoon was hurt. Shanahan wouldn't commit to a starter for the playoff opener.

The Niners had no major injuries to report from the game. Shanahan said he hopes to get pass rusher Dee Ford (hamstring) and safety Jaquiski Tartt (ribs) back for the playoff opener.

9 — The 49ers became the eighth team in league history to improve the win total by at last nine games from the previous season, according to research by the Elias Sports Bureau.

The Niners get a week to rest up before hosting their first playoff game at Levi's Stadium on Jan. 11. They will play the lowest remaining seed out of Minnesota, Seattle and Philadelphia.