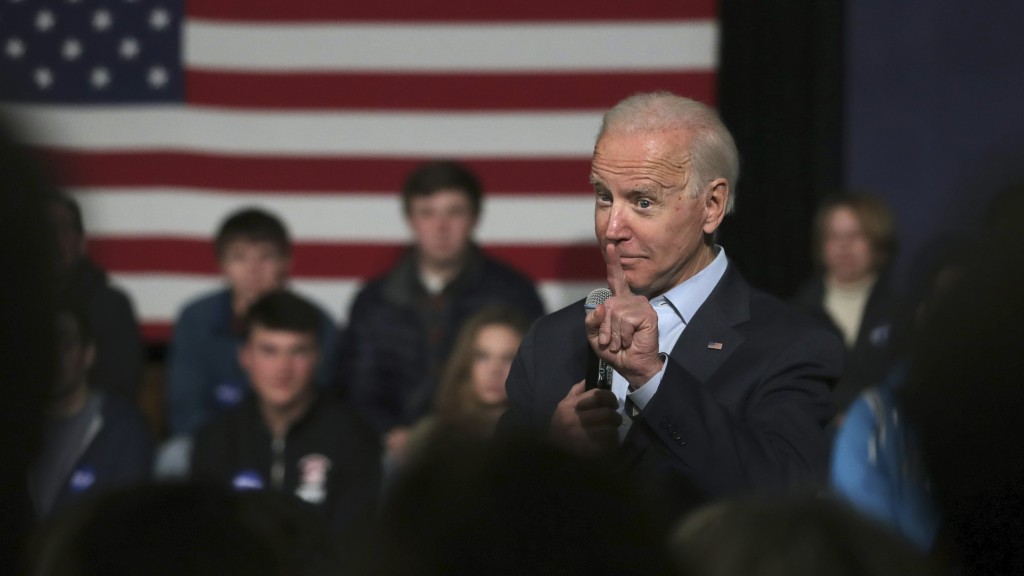 EXETER, N.H. (AP) — Former Vice President Joe Biden entertained the idea of choosing a Republican as a 2020 running mate as he campaigned Monday — though he conceded he didn't have anyone specific in mind.

A voter told Biden during an event Monday afternoon in Exeter, New Hampshire, that her son had wondered if the Democratic presidential contender would consider choosing a Republican as a running mate.

"The answer is, I would, but I can't think of one now," Biden said as the crowd laughed.

Biden went on to say there "are some really decent Republicans that are out there still," before adding that "they've got to step up."

At the start of Monday's event, Biden reminded voters his goal is to unite the country.

"I refuse to accept the proposition that we'll be in a state of perpetual war with Republicans, because you can't govern the country if that's the case," Biden said. "We are a democracy, and our democracy depends upon consensus. We have to be able to pull the country together."

Biden is sometimes asked about possible running mates by voters on the campaign trail. During his answer Monday he noted that it was presumptuous to talk about the idea at this point in the campaign.