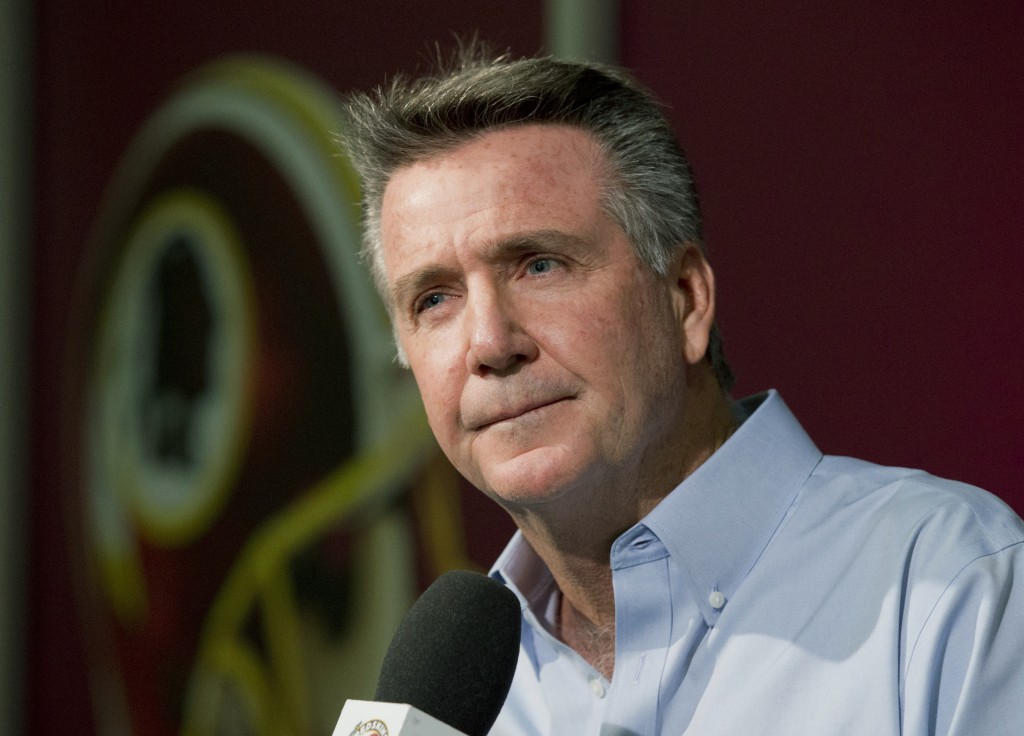 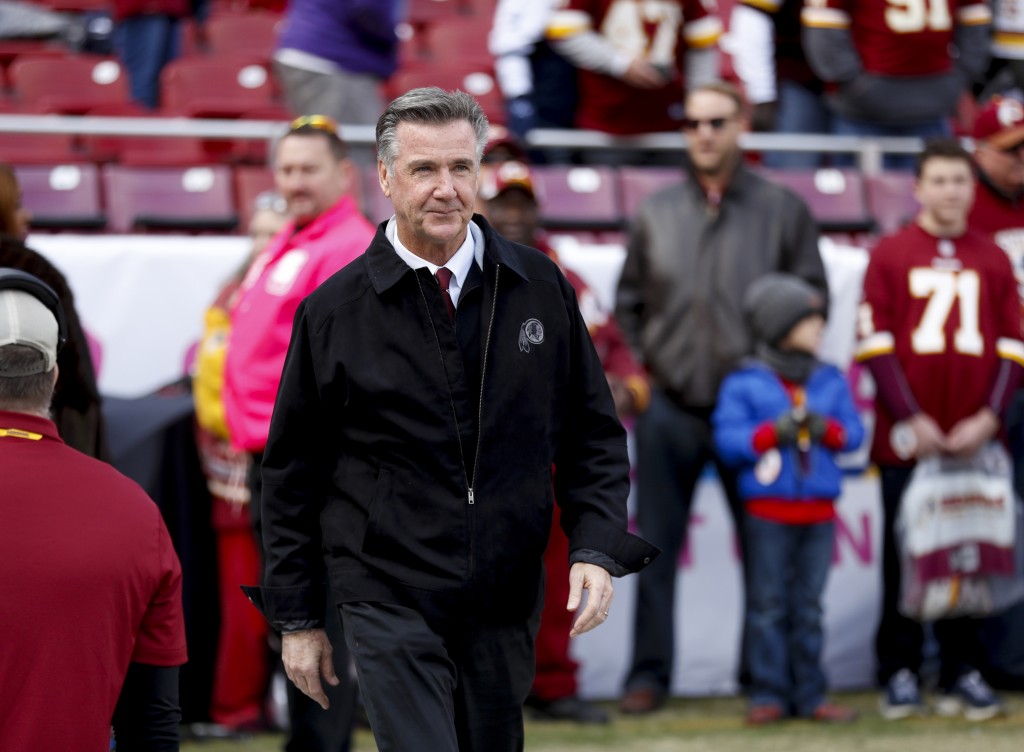 ASHBURN, Va. (AP) — Bruce Allen was mocked four years ago when he proclaimed that his perennially last-place Washington Redskins were “winning off the field.” More eye rolls arrived recently when Allen defended the club's “culture.”

After a lot of losing on the field and all manner of public relations disasters off it, Allen is out as president of the NFL team once coached by his father. He was fired Monday, a move announced by owner Daniel Snyder a day after a 3-13 debacle of a season was capped by one last embarrassing loss, 47-16 at rival Dallas.

“As this season concludes, Bruce Allen has been relieved of his duties as president of the Washington Redskins and is no longer with the organization," Snyder said in a statement issued by the team. “Like our passionate fan base, I recognize we have not lived up to the high standards set by great Redskins teams, coaches and players who have come before us. As we reevaluate our team leadership, culture and process for winning football games, I am excited for the opportunities that lie ahead to renew our singular focus and purpose of bringing championship football back to Washington.”

From the outset of the 2010 season, the Redskins went 62-97-1 with Allen serving as Snyder's right-hand man, a stretch that featured only two playoff appearances and zero playoff victories.

“These guys that are taking the blame and taking that on, it's on all of us in this building,” said injured quarterback Alex Smith, who spent significant time with Allen and Snyder this season. "We're all responsible for it."

There could be another important move soon, too: Ron Rivera, fired as coach of the Carolina Panthers during the season, was visiting the Redskins on Monday. Rivera has quickly emerged as Washington's top candidate.

“He gets the best out of players. Simple as that," said cornerback Josh Norman, who played for Rivera in Carolina. “And not just players, but men. He builds men and guys and also builds character.”

Norman said the culture would be entirely different if Rivera gets the job. It has been an issue with Allen in charge, and even quarterback Case Keenum on Monday said of the organization, “I think there are some cultural things that need to be addressed.”

Allen was hired as Washington's executive VP and general manager in December 2009, then promoted to president in May 2014.

Only once in Allen's tumultuous tenure did Washington even manage to win as many 10 games and it finished at the bottom of the NFC East five times.

Just one team in the 32-club NFL had a worse record this season, and the Redskins own the No. 2 pick in the next draft.

Jay Gruden, who was given a contract extension by Allen, was fired after an 0-5 start to this season, his sixth — the longest stint for a head coach under Snyder — and replaced by offensive line coach Bill Callahan on an interim basis.

So the always-in-disarray Redskins are now in need of a president, a general manager and a coach; whoever is hired to those jobs will need to oversee a massive rebuilding project.

That includes fixing the roster and a reputation that has alienated fans to the point that the team's home stadium often had thousands of empty seats and plenty of spectators cheering for the opponent.

For all of the Redskins' poor game results during Snyder's 20 years as owner — never once managing to win 11 games in a season in that span — it was Allen who infamously tried to downplay the importance of the losing by boasting at a news conference after the 2014 season that the team's charitable foundation “does a fantastic job,” which meant, he said, “We're winning off the field.”

It was also during that occasionally contentious session with reporters that Allen declared he would do anything to help the team win more games, vowing: “If it meant mowing that lawn out there every Tuesday, I would mow the lawn every darn Tuesday.”

During another rare appearance to take questions from the media, at the news conference to announce Gruden's dismissal in October, Allen objected to questions about widespread criticism of the way things are run at Redskins Park by asserting: “The culture is actually damn good.”

Norman believes Rivera could fix the culture around the Redskins if he gets the job.

“I feel like you'll see a difference,” he said. “I'll put it like that. From what you see now to what you'll see if this is the case, it'll be a night and day swap.”

Under Allen's watch, the issues away from the field included:

—this season's holdout by Pro Bowl left tackle Trent Williams, whom Allen refused to trade and who blamed the team's medical staff for his cancer scare;

—the messy firing of GM Scot McCloughan in 2017;

—the acknowledgment that the team's seemingly endless home sellout streak was over, followed by the house-cleaning after last season of new executives in charge of business matters;

—the tens of millions of dollars given to Kirk Cousins (or, as Allen repeatedly called him, for some reason, “Kurt”) as the league's first QB to play under the franchise tag more than once; eventually, he was allowed to leave as a free agent, with the Redskins receiving nothing in return.

Allen previously worked as an executive for the Tampa Bay Buccaneers and Oakland Raiders.

He is the son of late Pro Football Hall of Fame member George Allen, who led the Redskins to one Super Bowl appearance while coaching them from 1971-77. Allen's brother, George, is a former Virginia governor and U.S. senator.