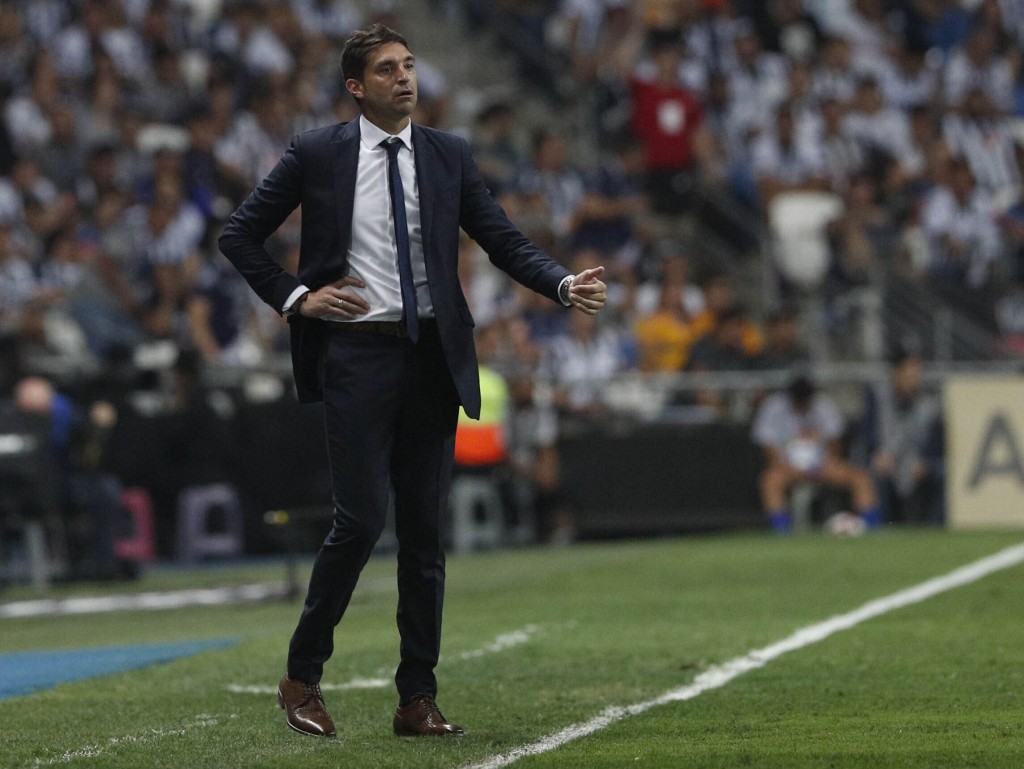 The Uruguayan, who has coached two different teams to CONCACAF Champions League titles, officially took over Monday as the inaugural manager of Beckham’s club. He was an attacker as a player and prefers the same style as a coach.

“We knew we would find a coach that matches our aspirations of trying to be successful right out of the gate,” Inter Miami Sporting Director Paul McDonough said. “What we really like about him is he’s coached at big clubs and he’s won at big tournaments. He’s won at all different levels throughout South America.”

Alonso won’t have long to get settled. Inter Miami — with Beckham a leading part of the ownership and front office — will gather for its first practices in January, has preseason matches in February and makes its MLS debut on March 1 at Los Angeles FC. The home opener at the team’s newly constructed home in Fort Lauderdale, Florida, is March 14 against the LA Galaxy.

Alonso was most recently coach of the Mexican club Monterrey, which had success against MLS sides during its run to the 2019 CONCACAF Champions League title. It beat Atlanta United by a 3-1 two-game aggregate in the quarterfinals, then rolled past Sporting Kansas City by a 10-2 aggregate in the semifinals.

He's the only coach to win that CONCACAF tournament with two different clubs.

“The MLS has made such a focus on trying to go and make one of the targets winning CONCACAF Champions League,” McDonough said. “I think the fact that Diego has done it twice with two different teams was super-valuable to me. He’s young. He’s got a clear idea of how he wants to play. And I think his desire to coach Miami as the next step in his coaching career was super-valuable to us.”

The 44-year-old Alonso spent part of the last two years with Monterrey before being fired in September. Before that, he was with the Mexican club Pachura — also taking it to a CONCACAF Champions League crown, and again having success against MLS clubs.

He also coached in his native Uruguay as well as Paraguay. Alonso played for Uruguay’s national team, and the striker also was with clubs in Argentina, Spain, Mexico and China before starting his coaching career in 2011.

“The makeup of our team right now has a lot of South American players to go with the Americans,” McDonough said. “I think it’s really, really important that he can relate to those players and they can understand his training philosophies.”

Alonso’s hiring comes as Inter Miami is still completing its first roster, with plenty of additional moves expected over the next few weeks.

The team has made two splashy player acquisitions in recent days. It signed two-time MLS Cup winning defender Roman Torres — Panama’s captain who played in every minute of his nation’s matches at the 2018 FIFA World Cup. And it struck a deal with U.S. men’s national team veteran forward Juan Agudelo, who has appeared for three other MLS clubs and made 28 appearances for the USMNT.

Among the other big names on Inter Miami’s roster so far: former MLS goalkeeper of the year Luis Robles, three-time MLS Cup winning defender A.J. DeLaGarza and midfielder Lee Nyguen — who was third in the MLS MVP voting in 2014.