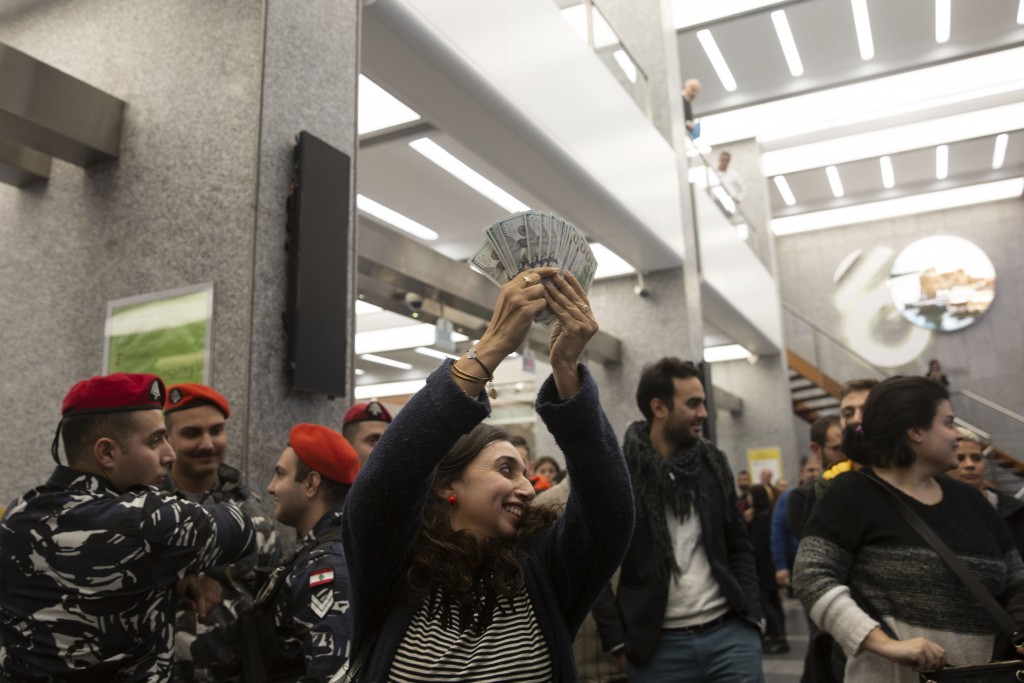 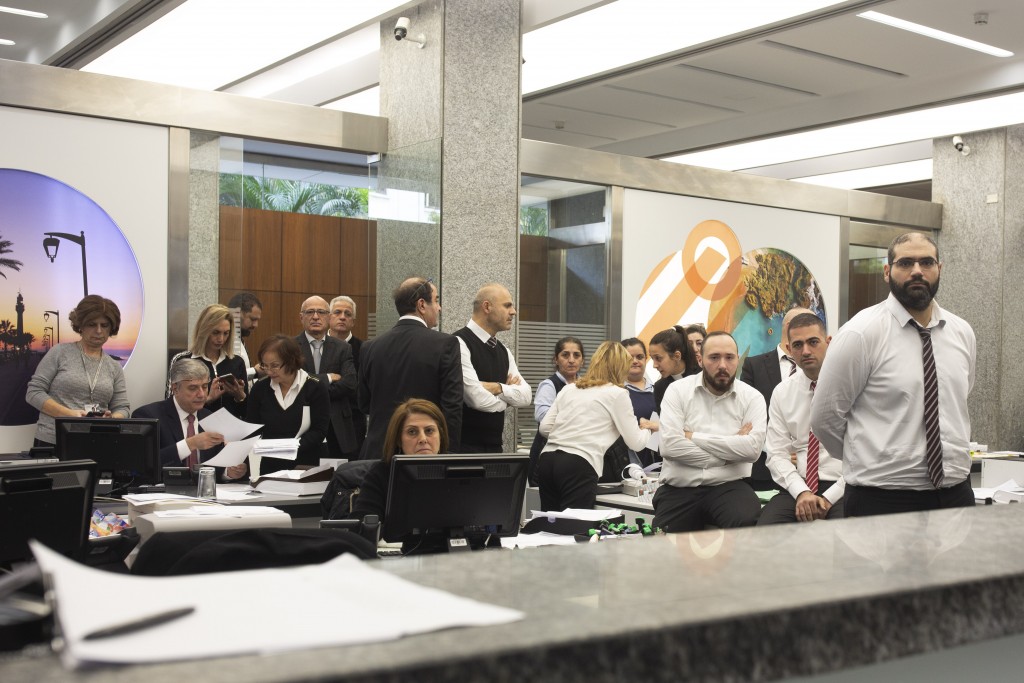 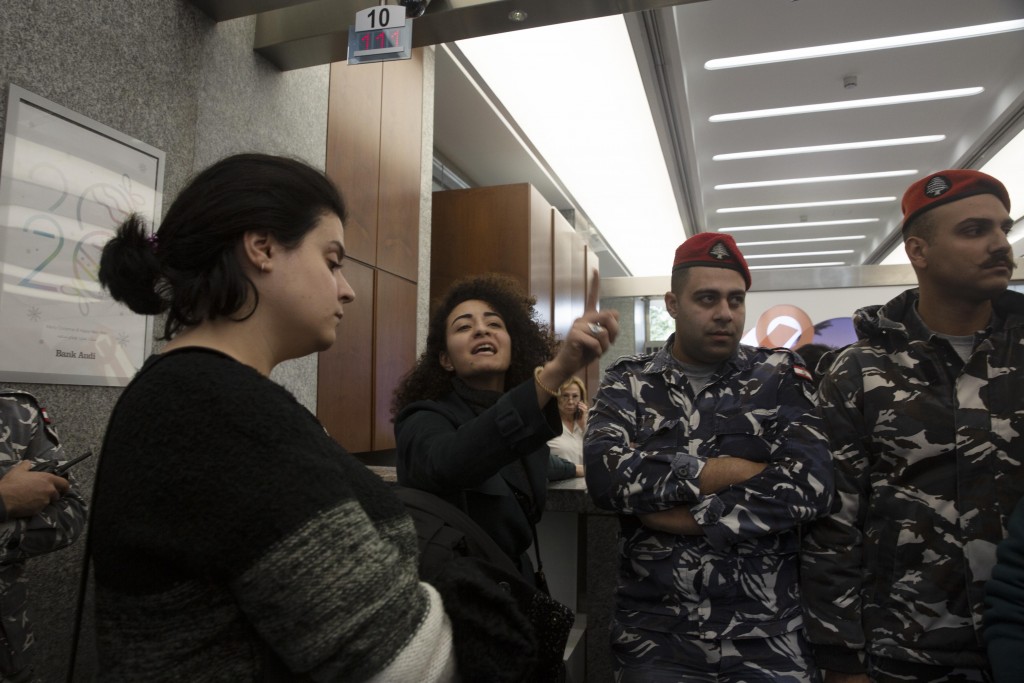 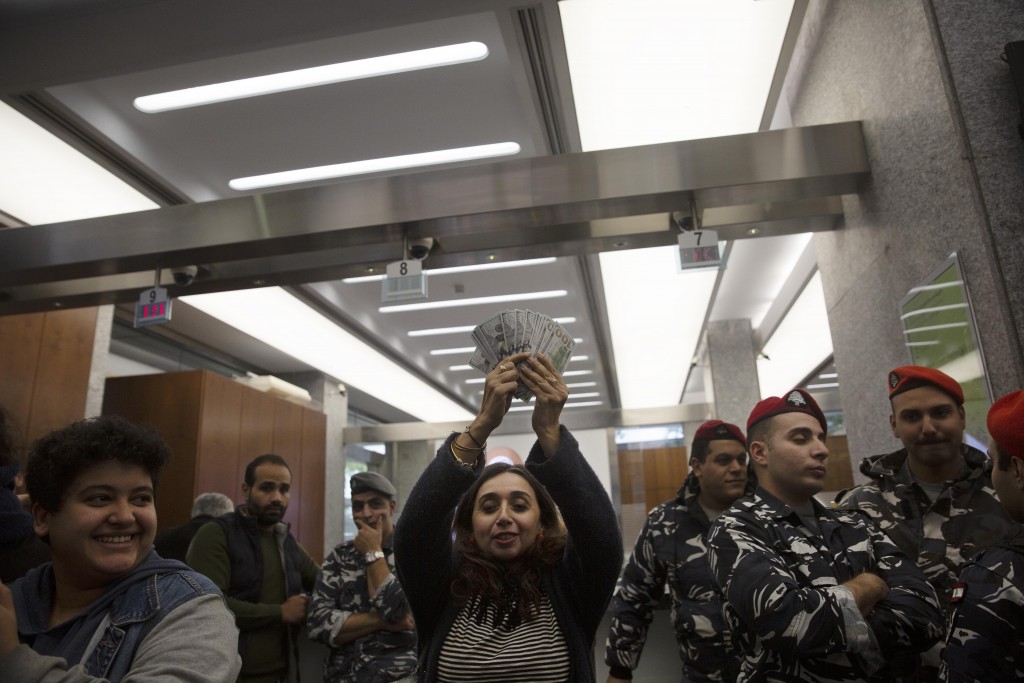 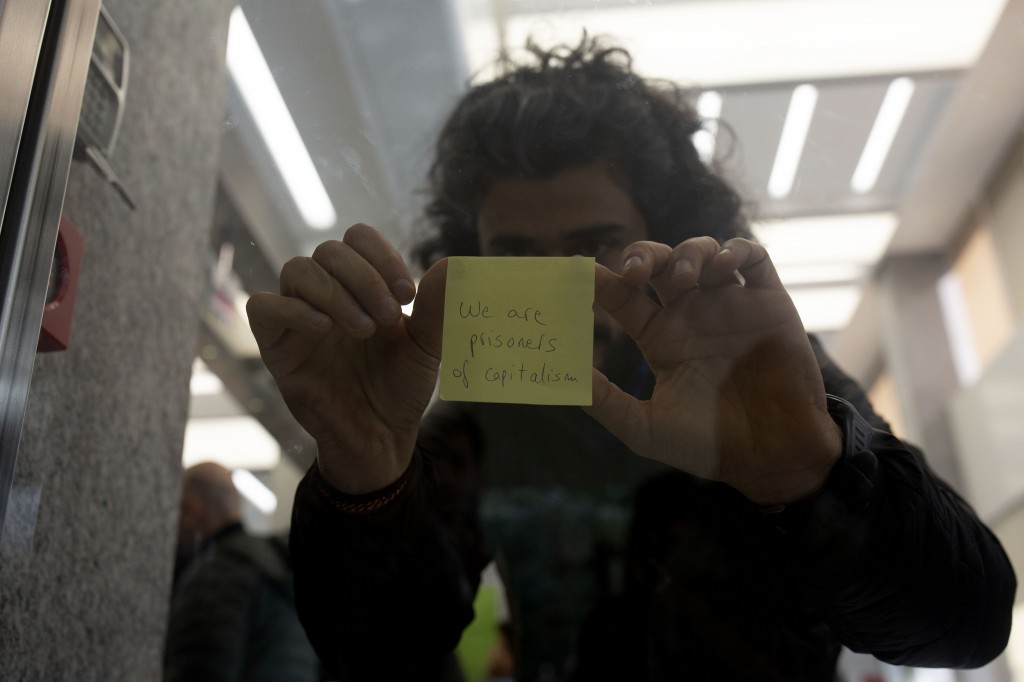 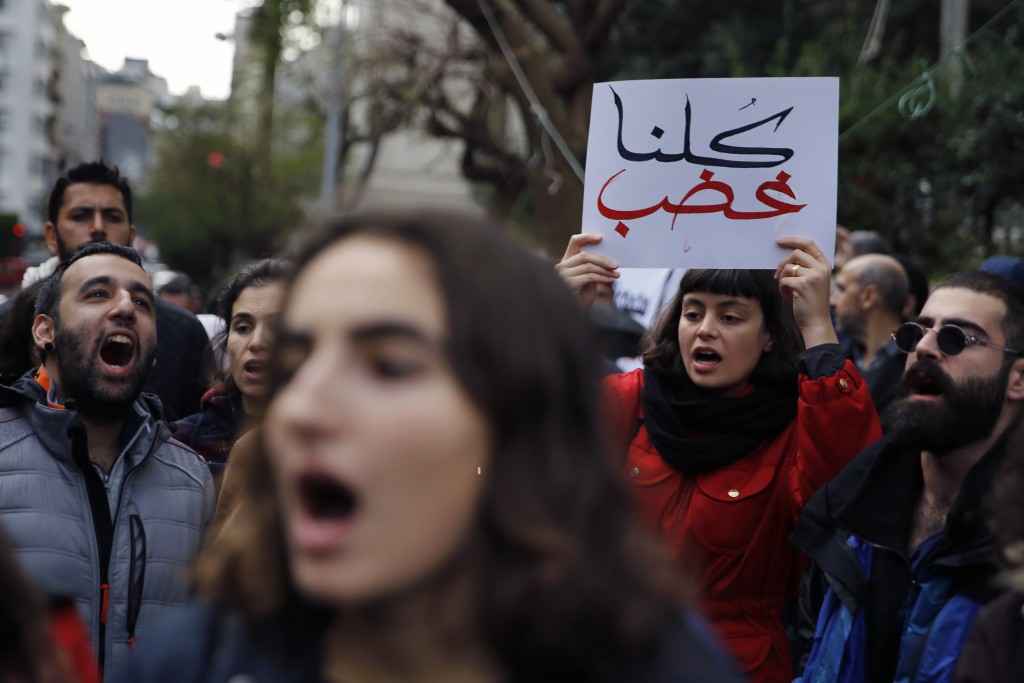 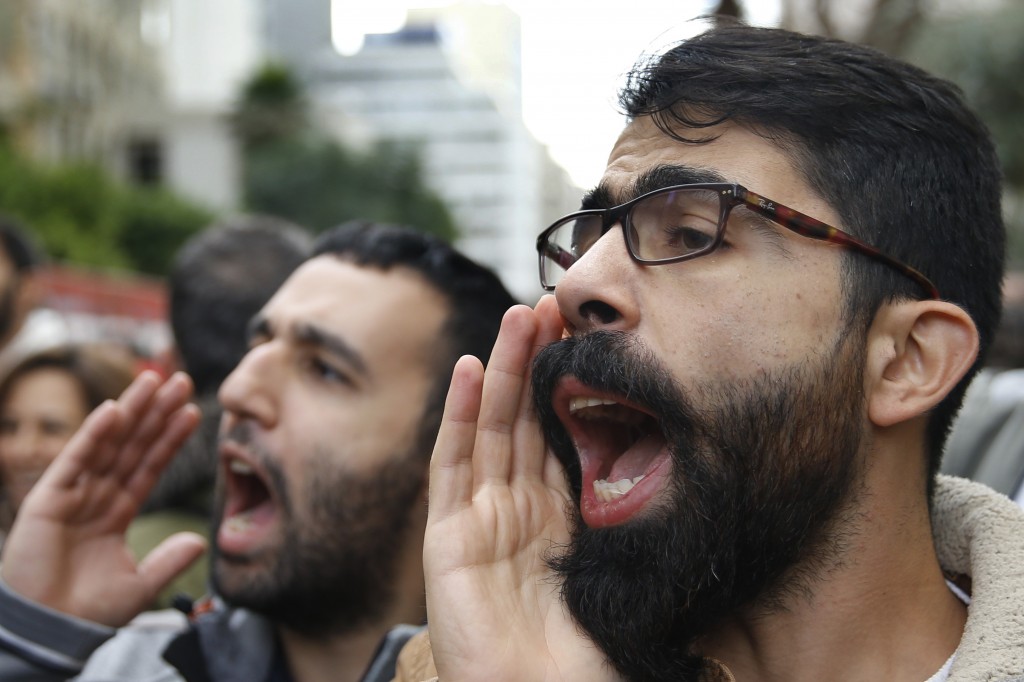 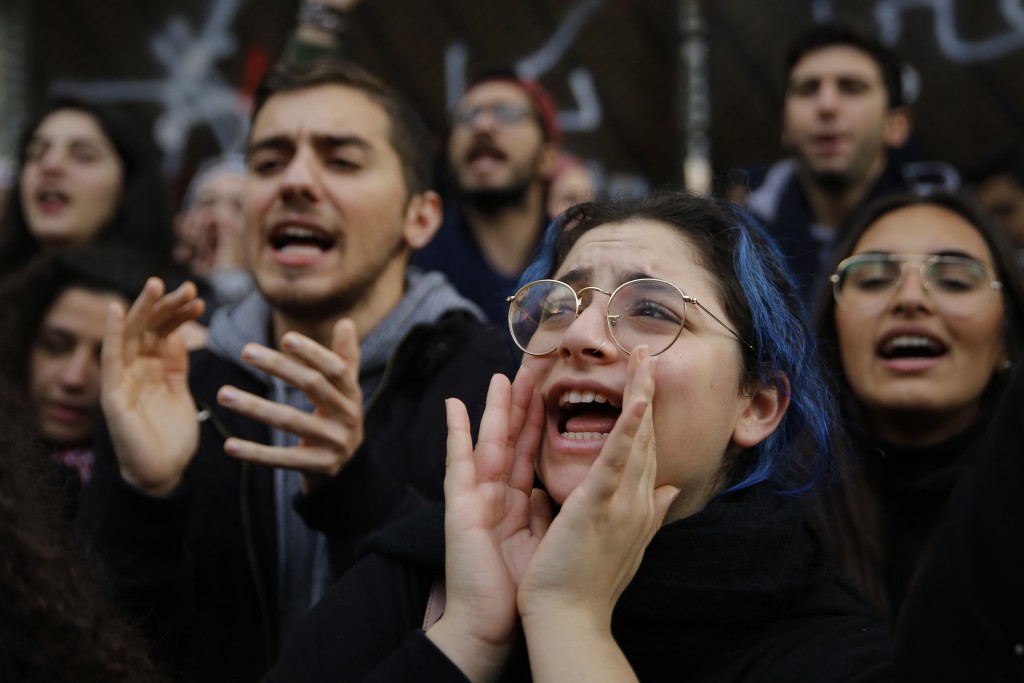 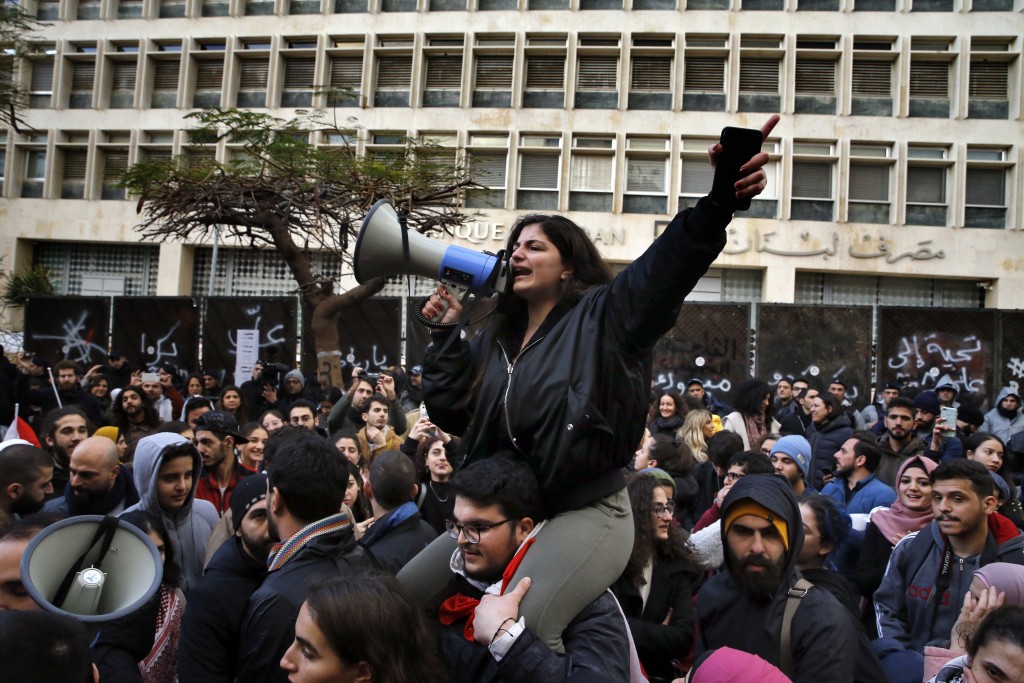 BEIRUT (AP) — Lebanese protesters staged a sit-in inside a commercial bank in the capital Beirut on Monday, forcing tellers to give them more than the weekly limit for withdrawal amid a wave of protests against recent capital controls.

Amid a spiraling financial crisis, Lebanese banks have imposed informal withdrawal limits of a maximum $300 a week and totally halted transfers abroad. Anti-government protesters, who largely blame the country's dire economy on corrupt politicians, say the limits are illegal and have turned their ire against bank officials and the financial sector.

At least two dozen protesters sat on the floor of a branch of the Audi Bank in Beirut's Achrafieh district on Monday, chanting against Lebanese banking policies. They eventually forced the teller to cash a $5,000 check for one protester while two others withdrew $1,000 and $2,000 from their accounts. The protesters waved the money at the cameras in celebration.

“We want the money,” the protesters chanted, a number of them clients of the bank. They urged some of the customers in the bank to demand more of their money with the protesters' support. At least one tried, but didn't insist, said Roy Deeb, one of the protesters who cashed the $5,000 check.

“We stayed and insisted and under pressure, they gave the money," Deeb said.

Deeb said it is not legal for Lebanon's bank association to enforce withdrawal limits without parliamentary or government approval.

Over recent weeks, the local currency has taken a nose dive, losing more than 30% of its value after over 20 years of being pegged to the dollar. Meanwhile, layoffs and salary cuts are becoming the norm while politicians have continued to bicker since late October over forming a new government.

An Audi bank spokesperson was unable to confirm that the money was withdrawn and said bank staff called for security back-up because of the protesters' “aggressive" action. The bank is the largest private bank in Lebanon.

“They are not clients. They are communists,” the spokesperson told The Associated Press, declining to be identified in line with regulations. “They are calling for the fall of the banking system.”

The doors to the bank were briefly closed while protesters and clients were locked inside, Deeb said. He denied protesters used violence. Security at one point formed a line between the tellers and the protesters. The standoff ended peacefully by the branch's regular closing time.

After nationwide protests erupted on Oct. 17 over Lebanon's plummeting economy, banks closed down for two weeks fearing anger and panic from depositors. When they re-opened, at least one armed security guard was added to each branch, in addition to the regular private security.

A spokesman for the Lebanese banks association said the capital controls are only a temporary measure to deal with the country's severe liquidity crunch. Georges Abi Saleh, director of communication for the association, said that there were strict orders to avoid clashing with depositors.

“The people are in a state of worry. We have to be understanding,” he said, adding that it is unlikely such scenarios would be repeated in over 1,100 bank branches around Lebanon.