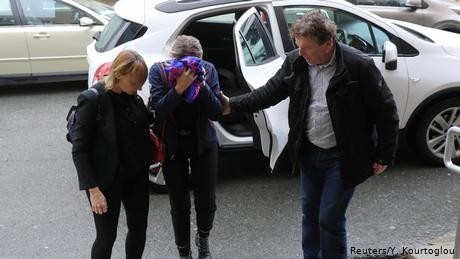 A British woman who said she was gang-raped by a group of Israelis was found guilty on a charge of public mischief by a Cyprus court on Monday, after retracting her initial rape claim.

The woman, who was a 19-year-old at the time, was arrested after she retracted a claim of a gang-rape. She had initially approached police to report a sexual assault by 12 Israelis in her hotel room in the popular tourist destination of Ayia Napa in July. She said she withdrew the claim after persistent questioning without a lawyer present.

The Israelis, who were aged 15 to 18, were released without charge the same month after the 19-year-old woman was arrested. The individuals who the woman accused of assaulting her were not present in court because prosecutors considered it a case of public mischief and not rape, according to the Haaretz newspaper.

'This is not a rape case' says judge

In court, the defendant testified that she was in a hotel room with one of the youths who she was in a relationship with before others appeared and she was pinned down.

She also presented a forensic pathologist, Marios Matsakis, who said the woman's injuries were consistent with rape.

Announcing his verdict, judge Michalis Papathanasiou dismissed the woman's defense, saying "this is not a rape case, I will not consider whether she was raped or not." He added that she fabricated the claims after discovering she was filmed during the incident and that she had tried to deceive the court with "convenient'' and "evasive'' statements in court.

The defendant's lawyer, Justice Abroad's Michael Polak expressed disappointment at the verdict but added that he was not surprised by the result "given the frequent refusal during the trial of the judge to consider evidence which supported the fact that the teenager had been raped."

Polak said that he intends to appeal the verdict before the Supreme Court of Cyprus.

The woman's sentence will be announced by the court on January 7 with the charge of "public mischief" carrying a sentence of up to one year in prison and a fine of around €1700 ($1,900). The defendant appeared frustrated by the delay in sentencing telling her lawyer "he already made his decision, I thought we were asking for a fine."

Rights groups have been closely following the court case and members of the Network Against Violence Against Women held a protest outside the court during the trial, reported Cyprus newspaper Phileleftheros. The group claims that the woman has been abused by police, local justice and media since filing her complaint.