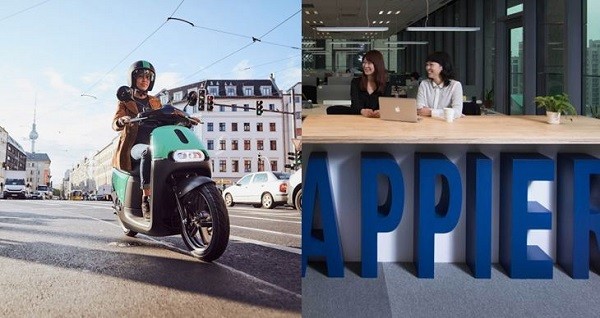 The impressive performance of these two Taiwanese startups signals their potential. A "unicorn" is defined as a startup company founded after 2003 that has a current valuation of more than US$1 billion.

In 2019, Gogoro enjoyed the highest share of the electric scooter market, with its vehicles occupying every slot on the top 8 best-selling list compiled by the Ministry of Economic Affairs. The company has also installed more than 1,200 charging stations across the country and released GoShare, an electric scooter ride-sharing service that covers Taipei and Taoyuan.

Appier, which specializes in using artificial intelligence technology to facilitate marketing decisions, was selected by Fortune as one of its top 50 AI startups in 2017. Since then, the company has acquired QGraph and Emotion Intelligence, formerly Indian and Japanese companies, respectively, and received US$80 million (NT$2.4 billion) its latest round of Series D funding.