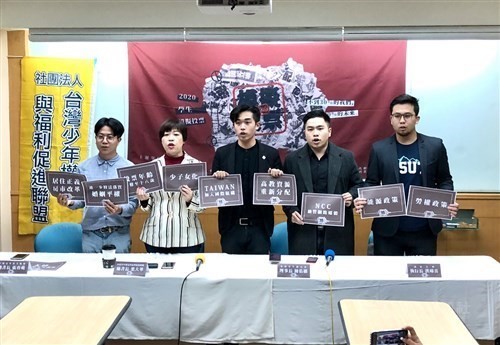 Kaohsiung Mayor Han Kuo-yu (韓國瑜), the presidential candidate of the main opposition Kuomintang (KMT) secured only 4.7 percent of the votes in a "mock presidential election" held recently by college and high school students in Taiwan, the poll results revealed Monday.

President Tsai Ing-wen (蔡英文) of the ruling Democratic Progressive Party (DPP) achieved an overwhelming victory of over 85.6 percent of the votes.

The so-called "election" was held Dec. 26-29 by the National Students' Union of Taiwan (NSUT) and co-organized by 35 colleges and universities, as well as the Taiwan Alliance for Advancement of

Youth Rights and Welfare, which had called for amendments to the Civil Code to lower the nation's voting age from 20 to 18.

The poll included 2,775 high school students and was aimed at gauging young people's views on politics, the upcoming Jan. 11 presidential and legislative elections and the country's future development, said Chen Yu-wei (陳佑維), a leader of the NSUT.