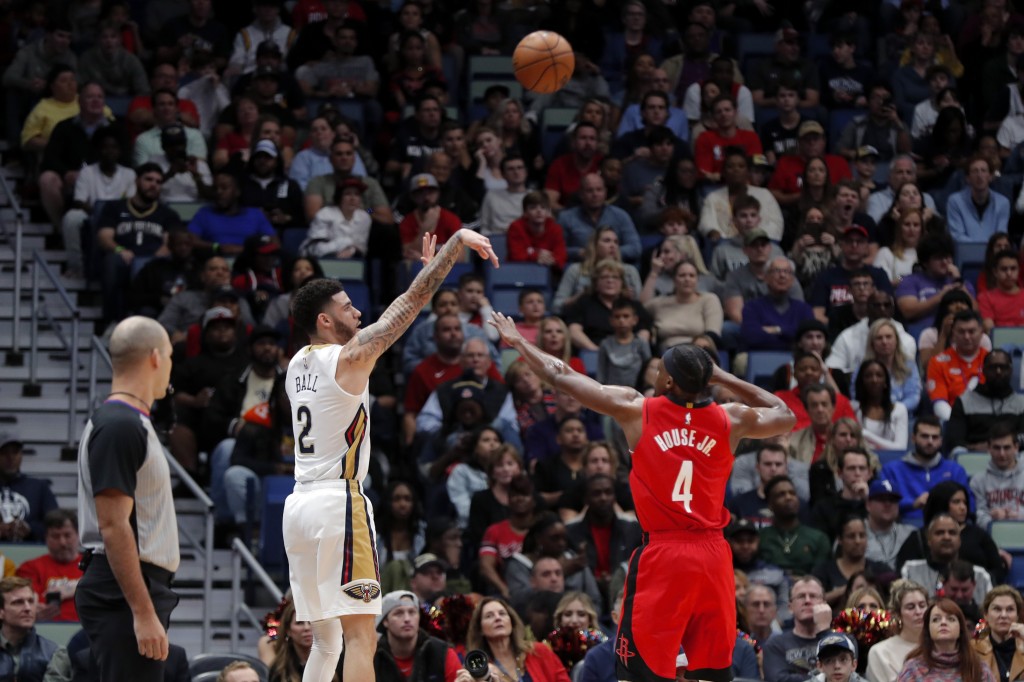 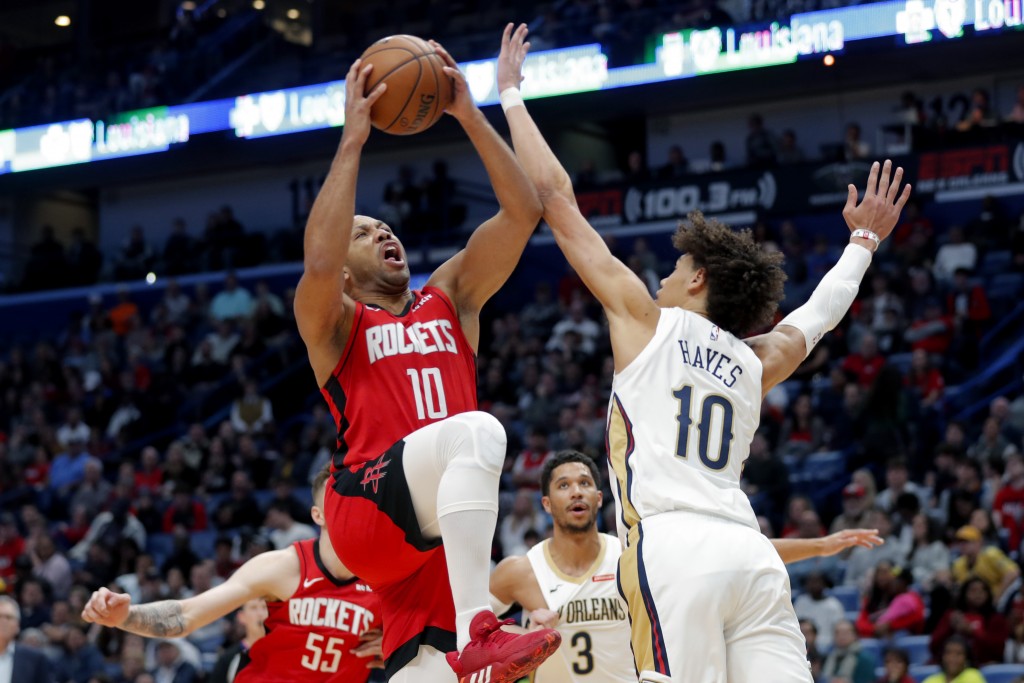 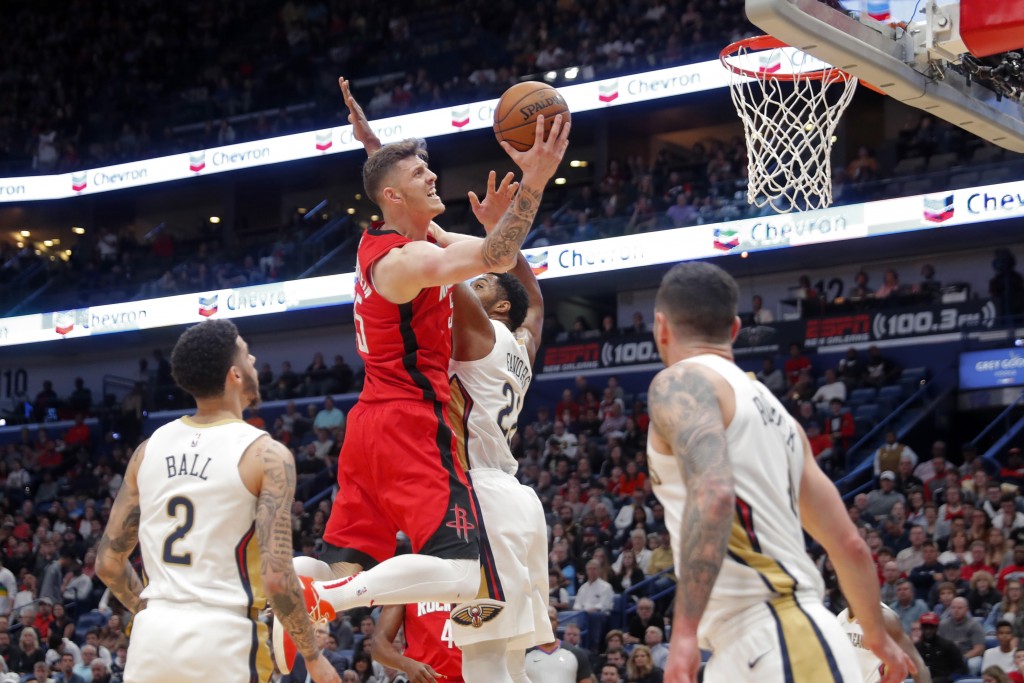 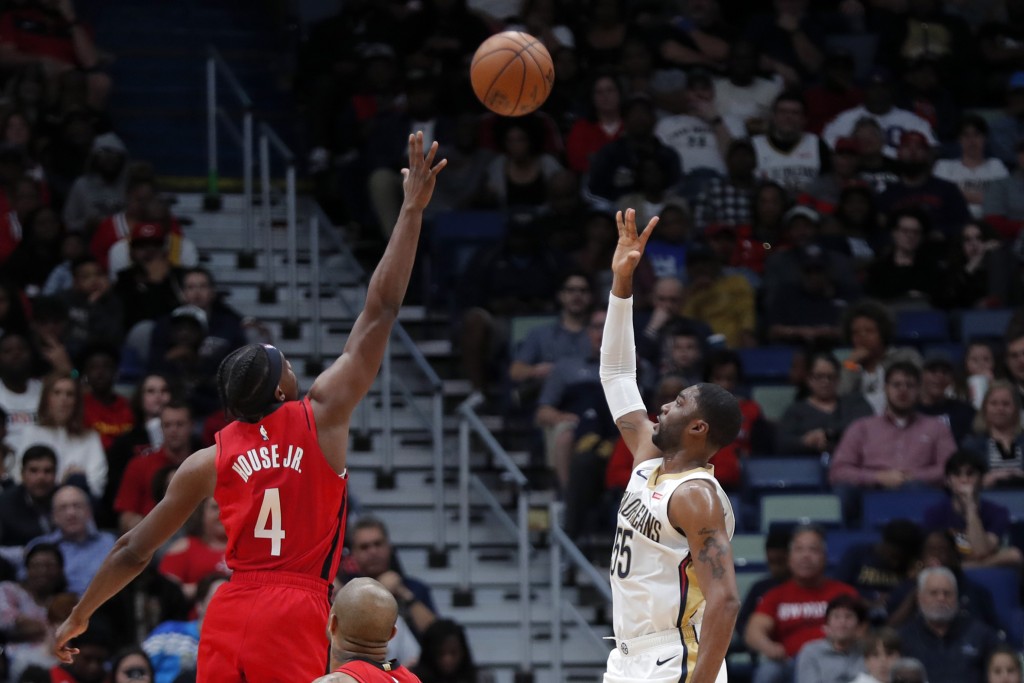 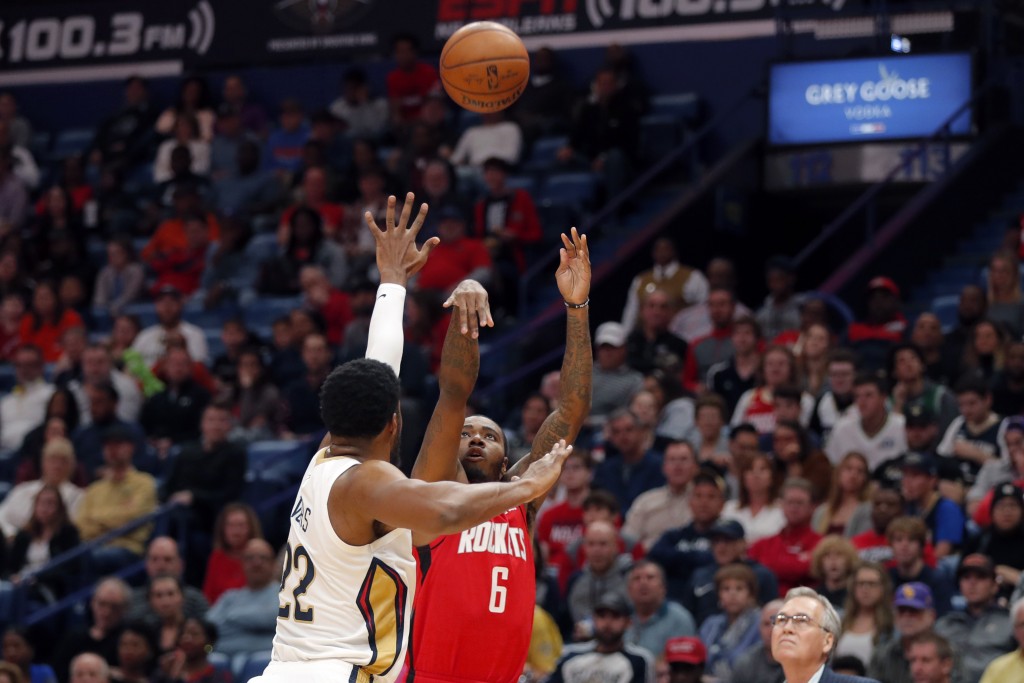 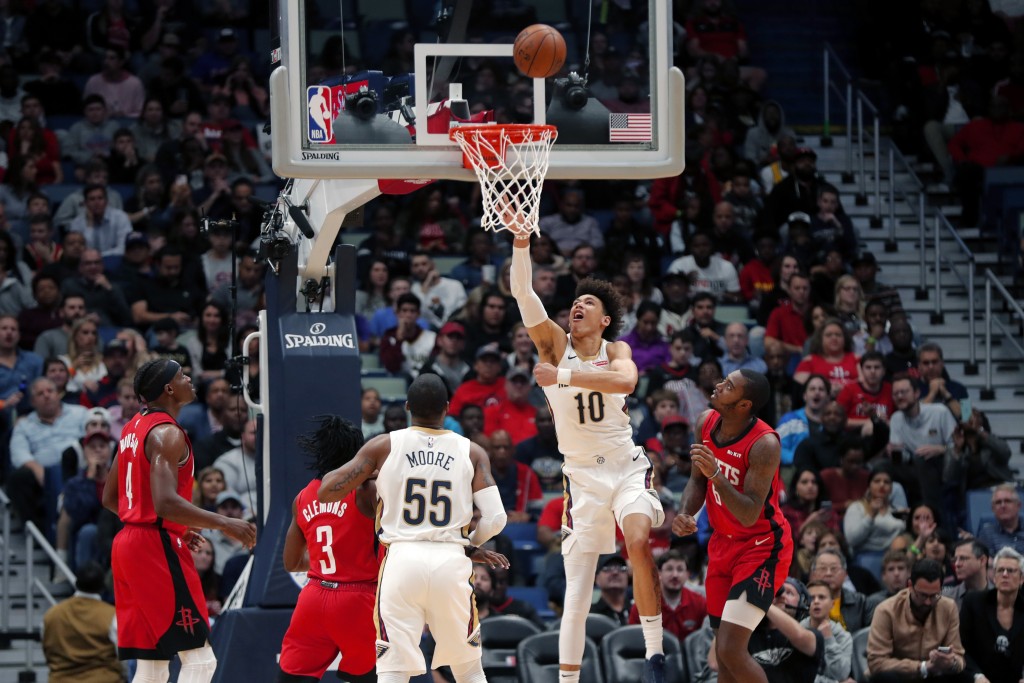 E'Twaun Moore hit five 3s and scored a season-high 25 points for New Orleans, which trailed by nine early in the fourth quarter before suddenly seizing complete control against a Houston squad without its three most productive players: James Harden, Russell Westbrook and Clint Capela.

Brandon Ingram added 27 points and Jrue Holiday 25 for New Orleans, which will enter the new year having won five of six games as they await the debut of No. 1 overall draft pick Zion Williamson. Derek Favors had 12 points and 17 rebounds.

Daniel House Jr. scored 22 and Eric Gordon, returning for the first time since having arthroscopic surgery on his right knee in mid-November, added 20 points. Isaiah Hartenstein, making his first-career start, had 19 points and 10 rebounds for the Rockets, who shot 51.9% (42 of 81), made 15 3s and spent much of the opening three quarters in the lead.

Houston led 95-86 after Gordon's driving finger roll to open the fourth quarter, but the Pelicans suddenly took over with an 18-1 run fueled by Moore, who drained four 3s and a jumper in the span of 3:04. And when he missed a 3 off the front rim, Holiday came flying down the lane to slam it home with two hands. Ball capped the run with a steal from Austin Rivers that he converted into a transition layup to make it 104-96.

Harden, who'd been listed as questionable with a sprained toe after scoring 44 in a victory over the Brooklyn Nets on Saturday night, was scratched from the lineup for the first time this season.

The Rockets started fast offensively as Gordon wasted no time finding his stroke. He hit a 3 for the game's first points and hit another in the final seconds of the first quarter to give the Rockets a 37-36 lead.

Gordon also opened the second quarter with his third 3 and Houston widened its lead to 45-36 on Ben McLemore's finger roll.

New Orleans regained the lead at 52-51 on Moore's 3 and the game was close the remainder of the quarter, with Ball's fifth 3 of the game tying it at 64, seconds before the half ended.

Rockets: Chris Clemons had 16 points and 10 assists but missed seven of 11 3-point shots. ... McLemore finished with 12 points. ... Center Tyson Chandler was active but coach Mike D'Antoni elected not to play him. ... Houston used just eight players in the game.

Pelicans: Shot 49% (50 of 102) and finished 18 of 44 from 3-point range, making 10 of their last 19 after starting 8 of 25 from deep. ... New Orleans outrebounded Houston 47-41 and turned 17 Houston turnovers into 23 points while committing just nine turnovers. ... Ball had nine rebounds and eight assists. ... The Pelicans still have yet to estimate when Williamson will return from arthroscopic knee surgery the day before the regular season began, but he has been increasingly active in warm-ups and practices, running through drills and putting up shots — even dunking.

Pelicans: Have a four-day break before returning to action against the Lakers in Los Angeles on Friday night.