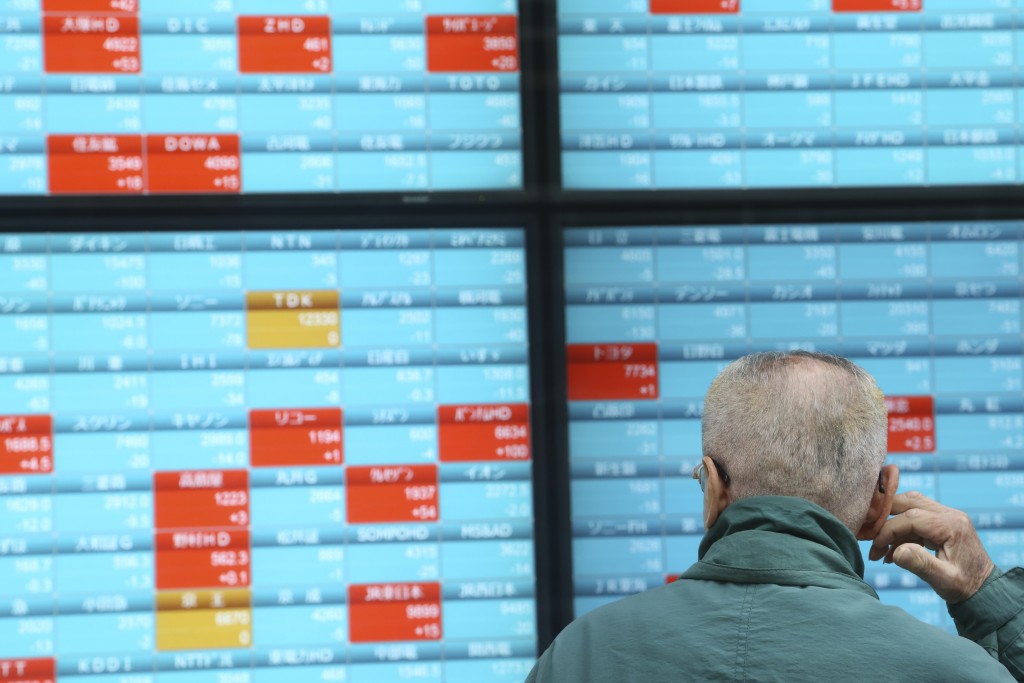 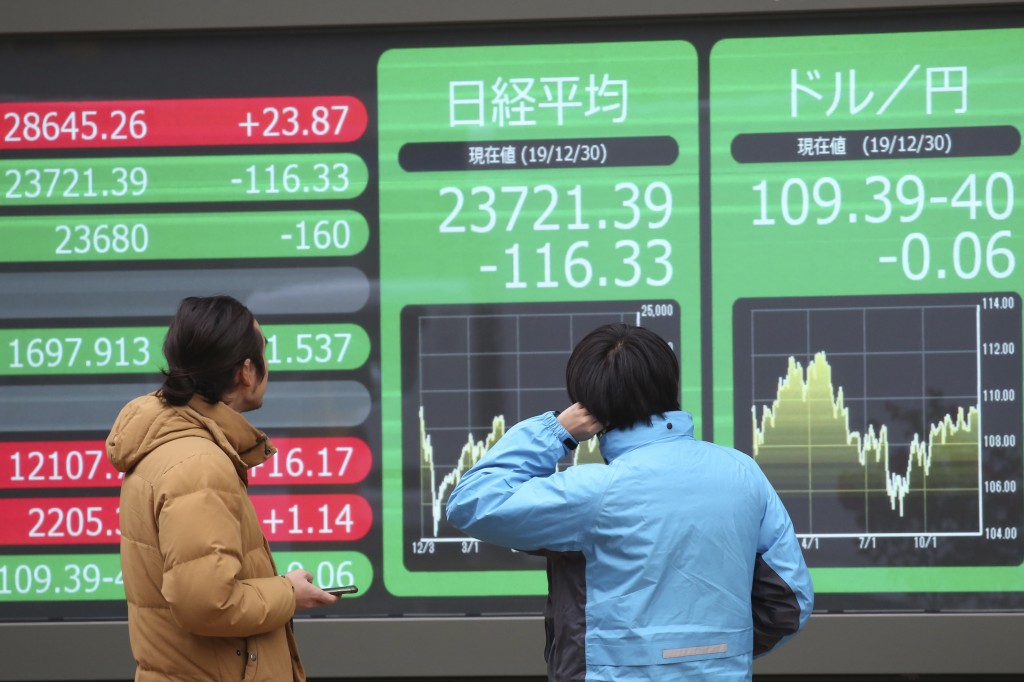 TOKYO (AP) — Asian shares were mostly lower Monday as investors awaited updates on the signing of a trade deal between the U.S. and China and kept a wary eye on North Korea.

Potential moves by North Korea were overhanging markets between the Christmas and New Year holidays.

At a meeting of the country's ruling Workers' Party, North Korean leader Kim Jong Un called for his military and diplomats to prepare unspecified “offensive measures” to protect the country’s security and sovereignty, the North’s state media said Monday.

Kim has set an end-of-year deadline for the U.S. to make major concessions to salvage a fragile nuclear diplomacy that hit a major setback at a summit meeting with President Donald Trump in Vietnam's capital Hanoi.

The plenary meeting of the party’s Central Committee, which began on Saturday, is being closely watched amid concerns that Kim could suspend his deadlocked nuclear negotiations with the United States and take a more confrontational approach by lifting a self-imposed moratorium on nuclear and long-range missile tests.

Elsewhere, European markets closed mostly higher and major U.S. stock indexes closed nearly flat on Friday as the market retreated slightly from its latest highs. Even so, the S&P 500 notched its fifth-straight weekly gain. Retailers and other companies that rely on consumer spending led the rise. Technology stocks also rose. Those gains were checked by losses in banks and communication services companies. The S&P 500 was unchanged. The Dow Jones Industrial Average rose 0.1%, while the Nasdaq composite slipped 0.2%.

A truce in the 17-month U.S.-China trade war and positive signs for the economy have helped keep investors in a buying mood. Fears about a possible recession have also faded since the summer after the Federal Reserve cut interest rates three times. The central bank appears set to keep them low for a long time.

Still, as the market prepares to close out a strong year of gains next week, uncertainty remains over the final details of the “Phase 1” trade deal between Washington and Beijing, which U.S. officials say will be signed in early January. Details of the agreement have not been disclosed, and it's unclear how much impact it will have if the two sides are unable to resolve remaining differences. Next year also has the added complication of the U.S. presidential election.

“The main driver continues to be an apparent impending signing of the U.S.-China ‘phase-one' trade agreement in January and the ensuing boost to world growth that should follow. Whether that growth materializes or not, will be a story for another day," Jeffrey Halley of Oanda said in a commentary.

Looking ahead, factory data from China is one of the few likely market movers expected this week.

On Monday in Asia, benchmark U.S. crude oil rose 3 cents to $61.75 per barrel in electronic trading on the New York Mercantile Exchange. It gained 4 cents to $61.72 per barrel on Friday. Brent crude, the international standard, gained 11 cents to $66.98 per barrel.