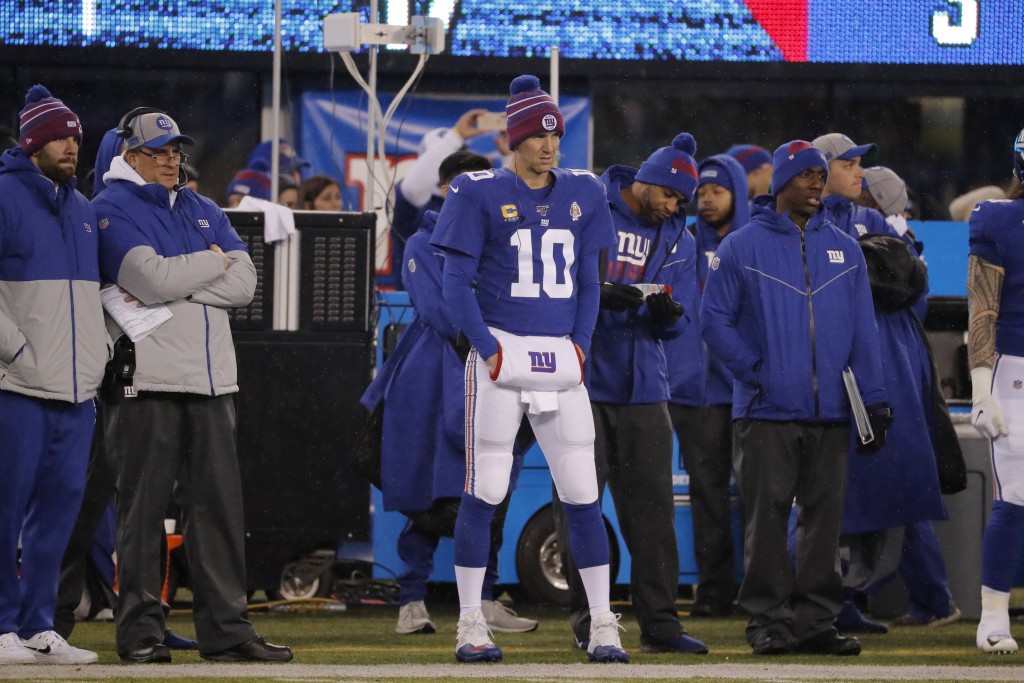 The Giants finished off a 4-12 season on Sunday, dropping a 34-17 decision at MetLife Stadium that allowed the Philadelphia Eagles to claim the NFC East title.

It was like many games this season for a Shurmur's young team. The Giants played hard, stayed close for the most of the contest only to see things slip away in the second half because they didn't make the plays in crunch time.

Some of that falls on the coaching staff. Some falls on general manager Dave Gettleman, who was hired two years ago, picked Shurmur to coach the team, and directed the acquisition of talent. Some is the result of an organization that has missed the playoffs seven of the last eight seasons not having enough talent.

When the team gets together a final time on Monday, co-owners John Mara and Steve Tisch will have to make some major decisions on who stays and who goes.

Shurmur said he does not have a meeting planned with the owners, adding whatever he says to them will be private.

“We didn't win enough games, I don't make any excuses for that,'' Shurmur said. “But I do know there are things that happened this year where this team improved in a lot of ways. I feel like it is only going to get better."

Shurmur noted a lot of young players got experience this season, including quarterback Daniel Jones, who started 12 games after replacing two-time Super Bowl MVP Eli Manning, whose contract has expired.

Manning was not in the locker room after the game to speak about his future. He waved to the crowd running off the field after the game ended, but most of the fans left were Eagles supporters.

“If I am back I am looking forward to working with this young talent,'' he said. “And if I am not, whoever is coaching this team has a great group of young players.''

Saquon Barkley, the NFL Offensive Rookie of the Year in 2018, voiced support for Shurmur.

“Obviously it's a business,” said Barkley, who finished the season with 1,003 yards rushing. "You can't focus on one person. There are games where I could have done better or this person or that person could have done better. At the end of the day it's a team sport. We all have to find ways to win games.''

Veteran defensive back Michael Thomas said he has no idea what will happen.

‘’These guys in this locker room believe in the coaching staff,'' he said. "But sometimes when you don't win it leads to changes. We don't know what's going to happen. I don't predict anything, Just waiting to hear like everybody else,''