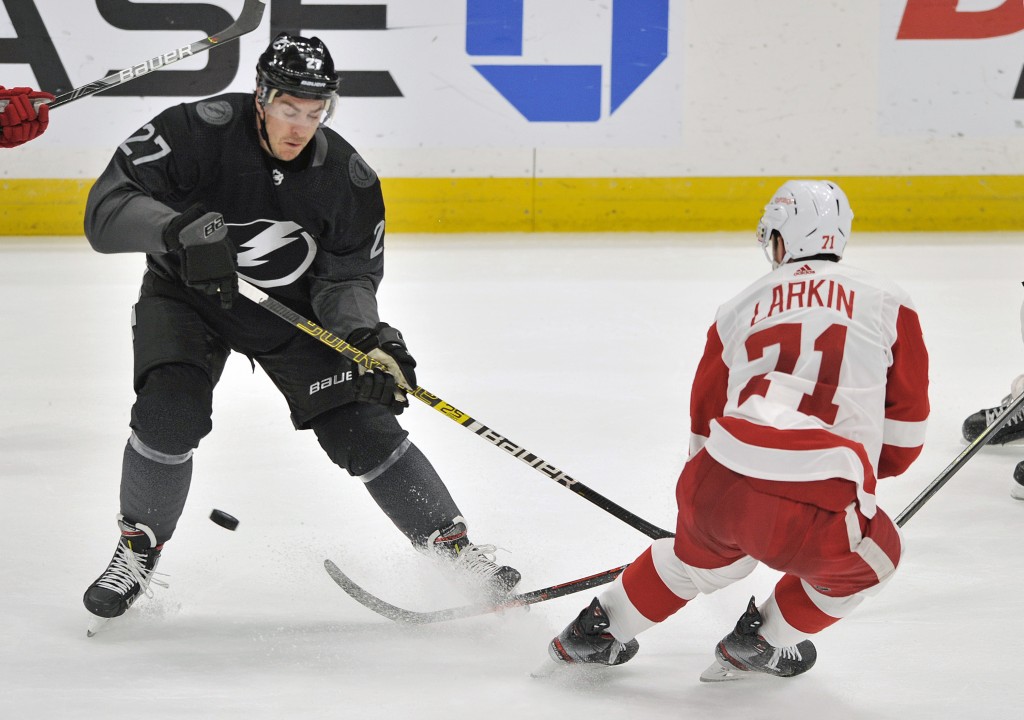 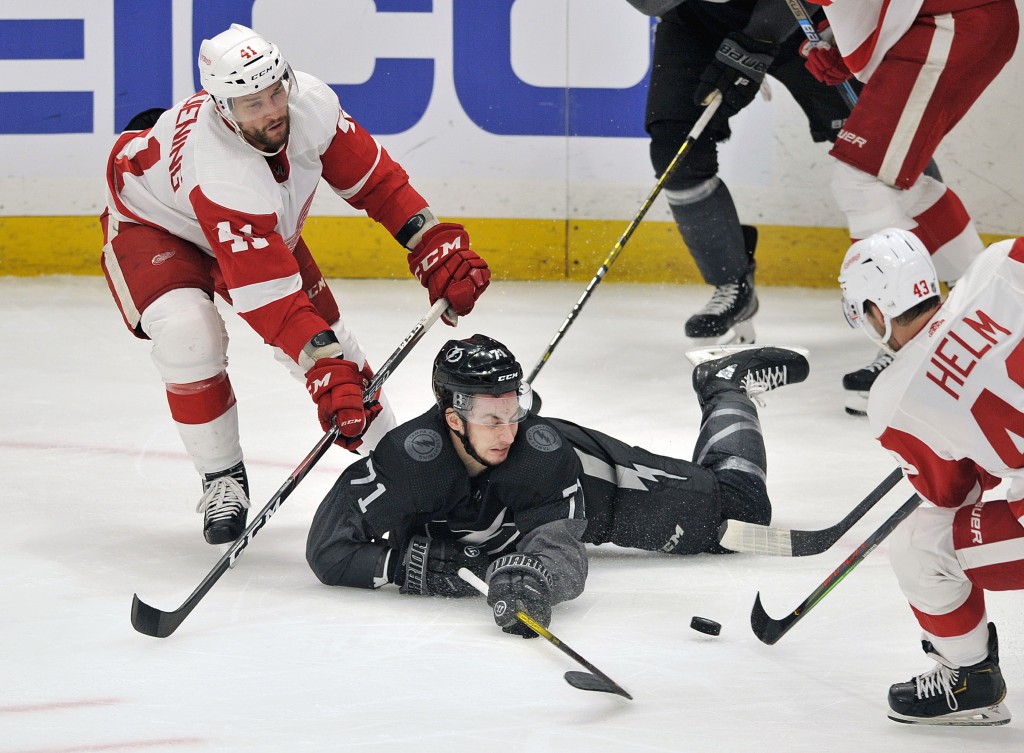 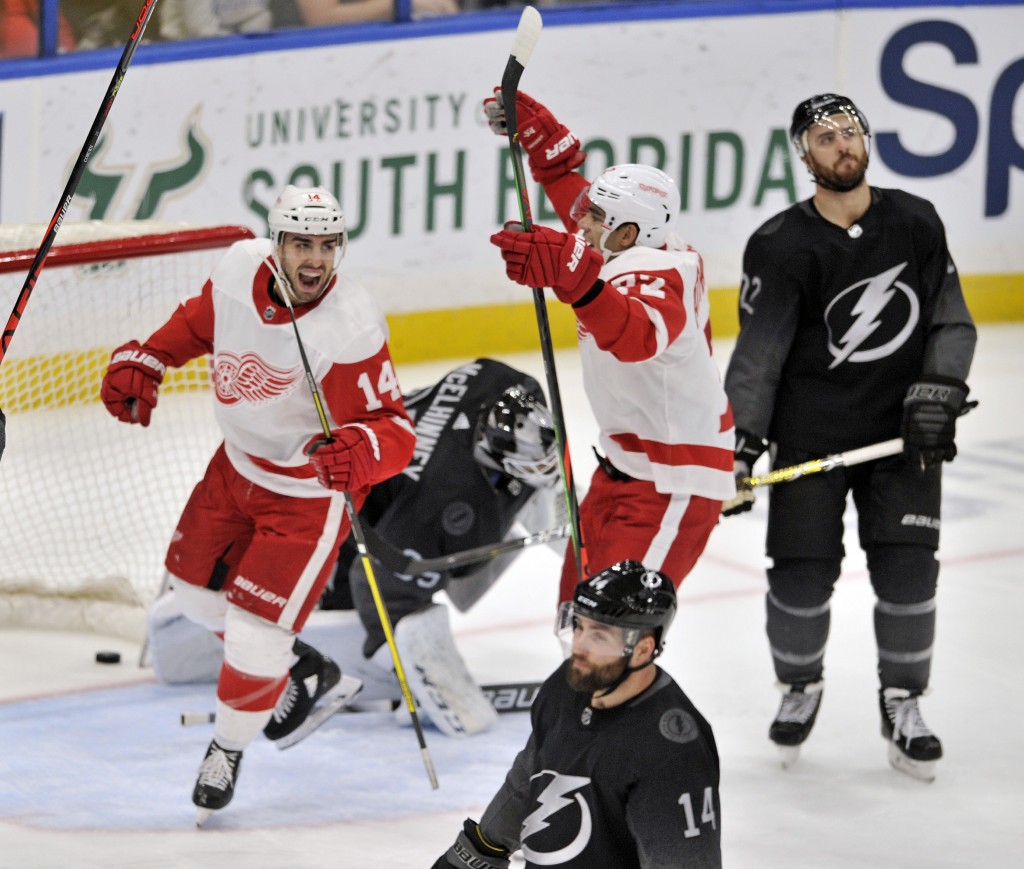 TAMPA, Fla. (AP) — Brayden Point scored a power-play goal in the third period and the Tampa Bay Lightning extended their winning streak to three games with a 2-1 victory over the Detroit Red Wings on Sunday night.

Tampa Bay has won 16 consecutive regular-season games against the Red Wings, the longest winning streak in Lightning franchise history against one opponent. and the third-longest in league history. Detroit last defeated Tampa Bay in the regular season on Nov. 3, 2015.

Jonathan Bernier stopped 37 shots for Detroit. Robby Fabbri scored for the Red Wings, who fell to 4-14-2 on the road.

Point snapped a 1-1 tie at 5:33 of the third period. He skated toward the net from the left corner and sent a no-look shot over the shoulder of Bernier for his team-leading 15th goal of the season.

After a scoreless first period, Tampa Bay opened the scoring at 4:10 of the second period. Detroit won a faceoff but pushed the puck back to Kevin Shattenkirk at the right point. Shattenkirk walked the blue line to the center slot area and released a wrist shot that Palat deflected past Bernier.

Fabbri pulled the Red Wings even when Filip Zadina disrupted a clearing attempt by Cedric Paquette and kept the puck in the offensive zone. Filip Hronek sent a wrist shot toward the net that Fabbri deflected under the glove of McElhinney at 17:54.

NOTES: Tampa Bay activated D Braydon Coburn off injured reserve after he missed 13 games with an undisclosed lower-body injury. … Detroit C Valtteri Filppula missed the game with an upper-body injury sustained in Saturday’s loss to the Florida Panthers. … Red Wings’ G Jonathan Bernier made his first start since leaving a game at Toronto on Dec. 21 after suffering a groin injury.

Lightning: At Buffalo on Tuesday.