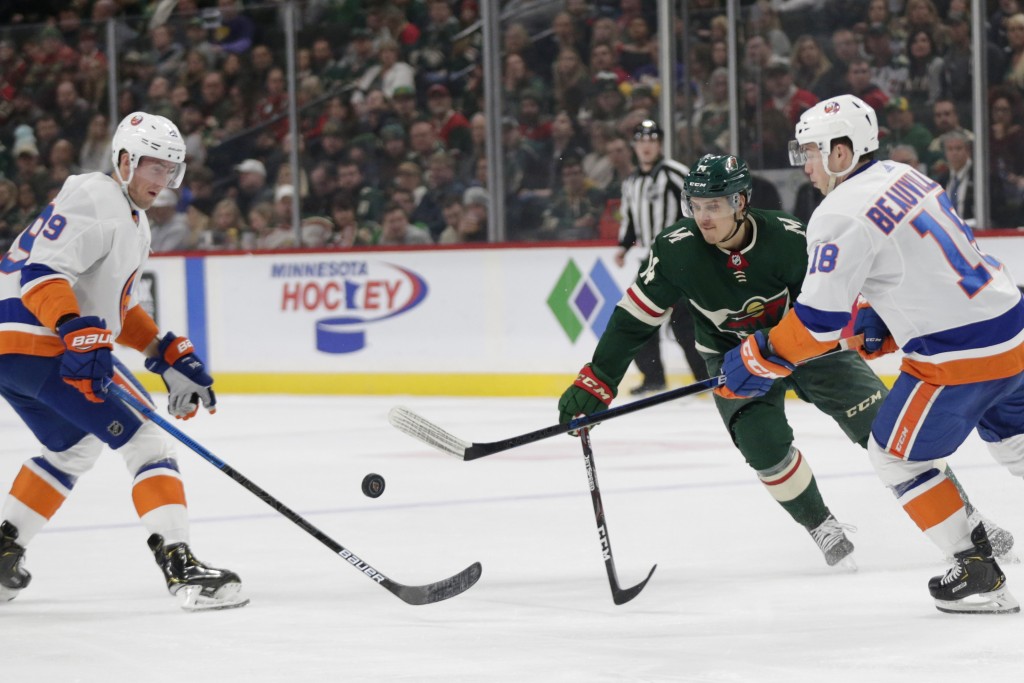 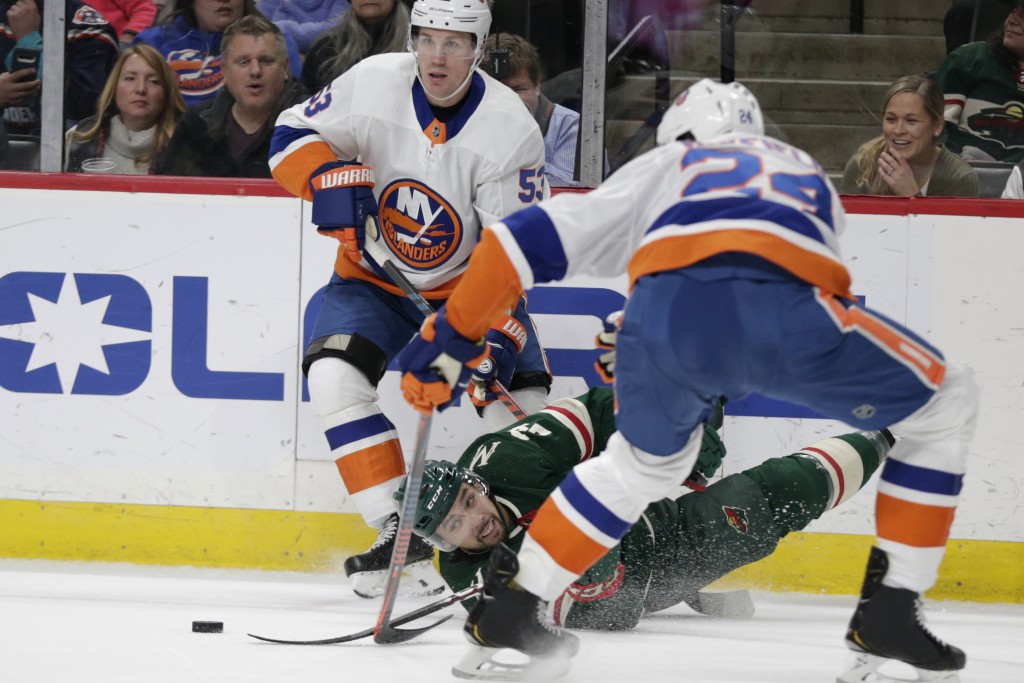 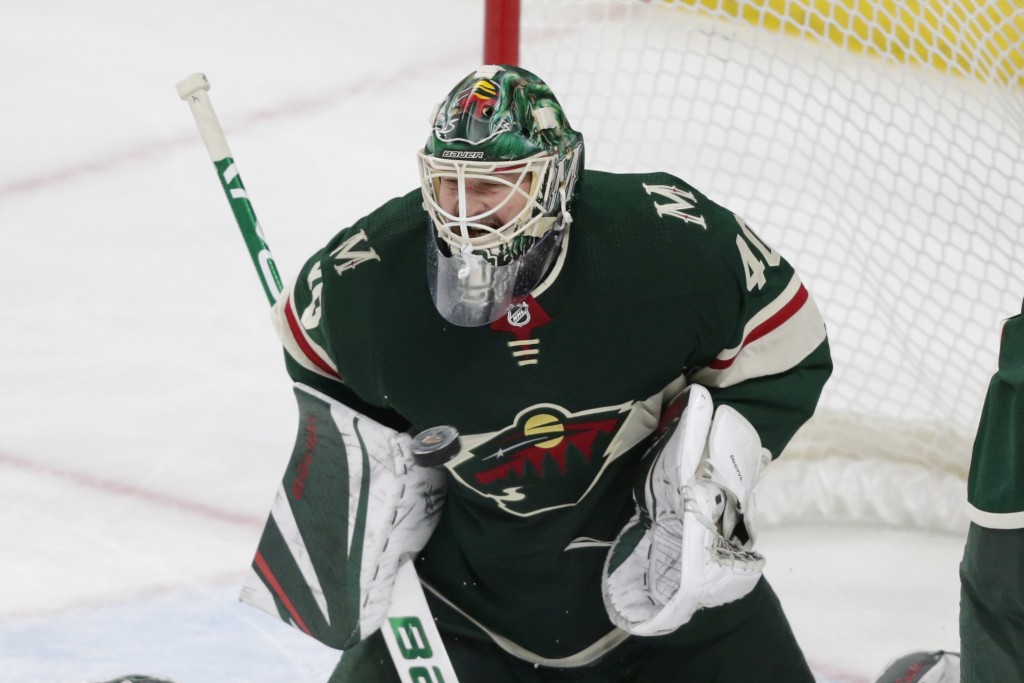 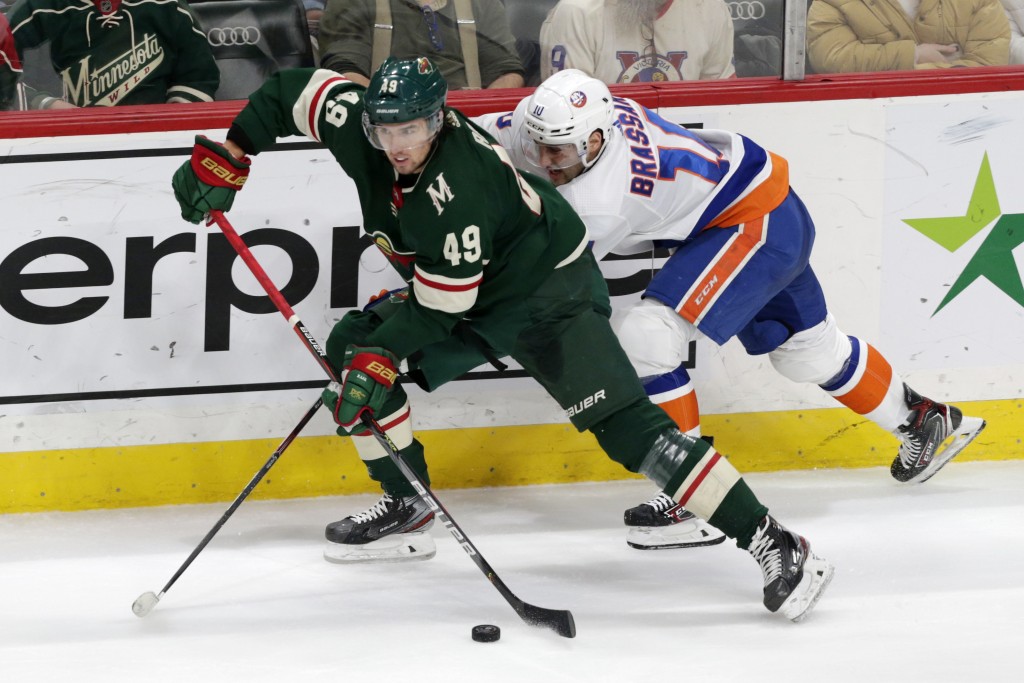 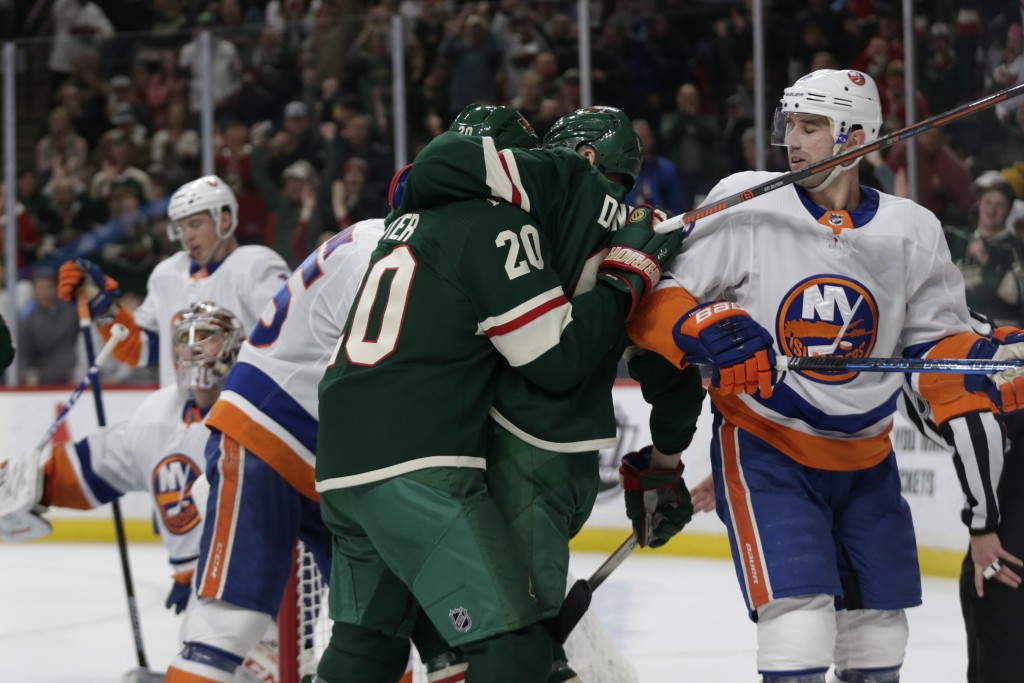 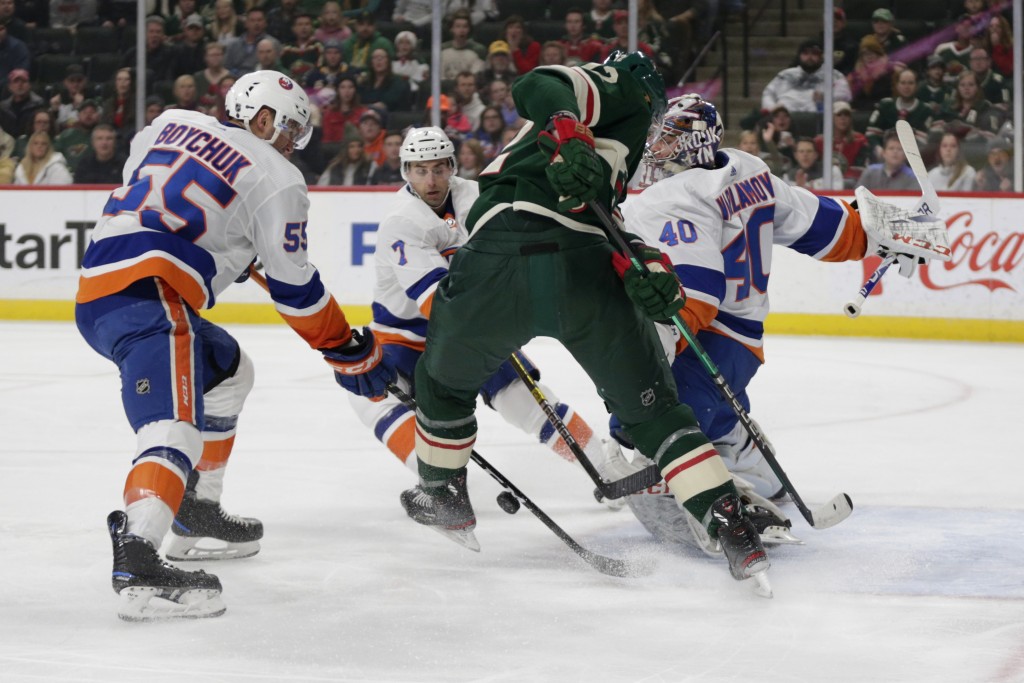 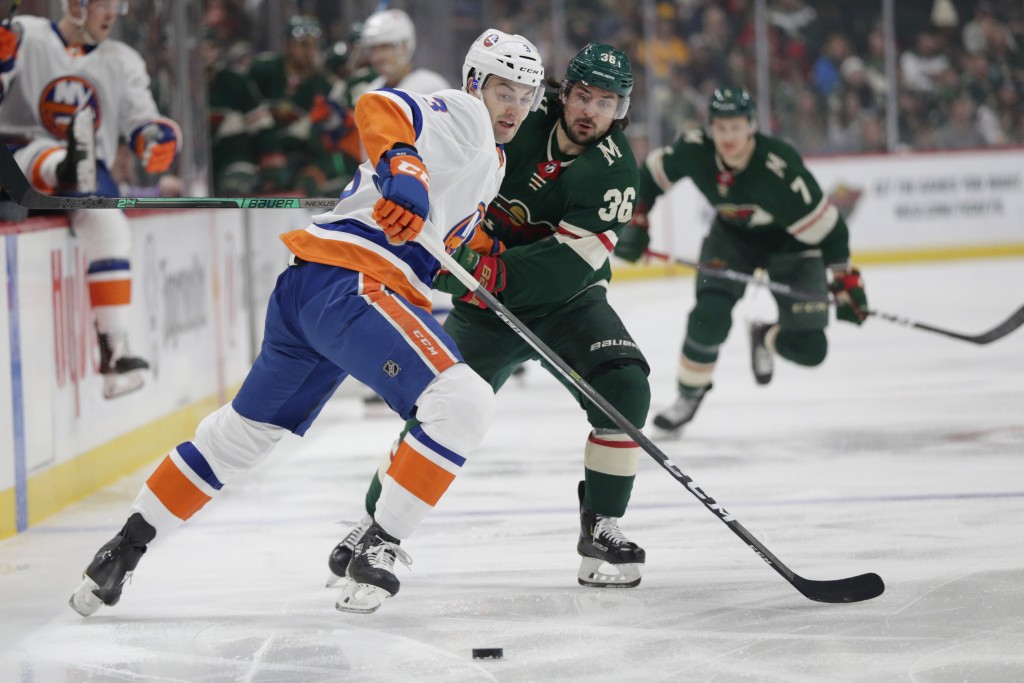 Tom Kuhnhackl scored late and Semyon Varlamov stopped 25 shots for New York, which won for the second time in its past six games.

Suggesting his team may have become a bit complacent after winning 22 of its first 31 games, Islanders coach Barry Trotz ran a back-to-the-basics practice Saturday. It paid off on Sunday as New York carried the play much of the night.

Ryan Donato scored for the Wild, looking to make a division charge with a long stretch of home games.

WIth the Islanders trailing 1-0 entering the third, Pulock’s shot from the top of the slot hit Devan Dubnyk, who thought he stopped the puck, but it trickled across the line as players were pushing and shoving in front.

Martin, a fourth-line wing, put New York up 2-1 just 97 seconds later with his first goal in 18 games. Leo Komarov poked the puck past defenseman Brad Hunt at the Wild blue line, won the race to the puck in the right circle, and, while falling, sent a backhand across to Martin for a redirect.

Kuhnhackl added an insurance goal with 2:31 to play.

Dubnyk finished with 25 saves. He made four on a New York power play late in the second period, and the Wild nearly scored in period’s final seconds but a shot by Hunt clanked off the post. Marcus Foligno hit a post earlier in the period.

Varlamov struggled to control the puck early, and it cost him with 4:17 left in the first when he couldn’t control a bad-angle shot from Ryan Suter. Donato scored off a scramble in front.

The Islanders have allowed a league-low 97 goals through 37 games.

Islanders: At Washington on Tuesday.