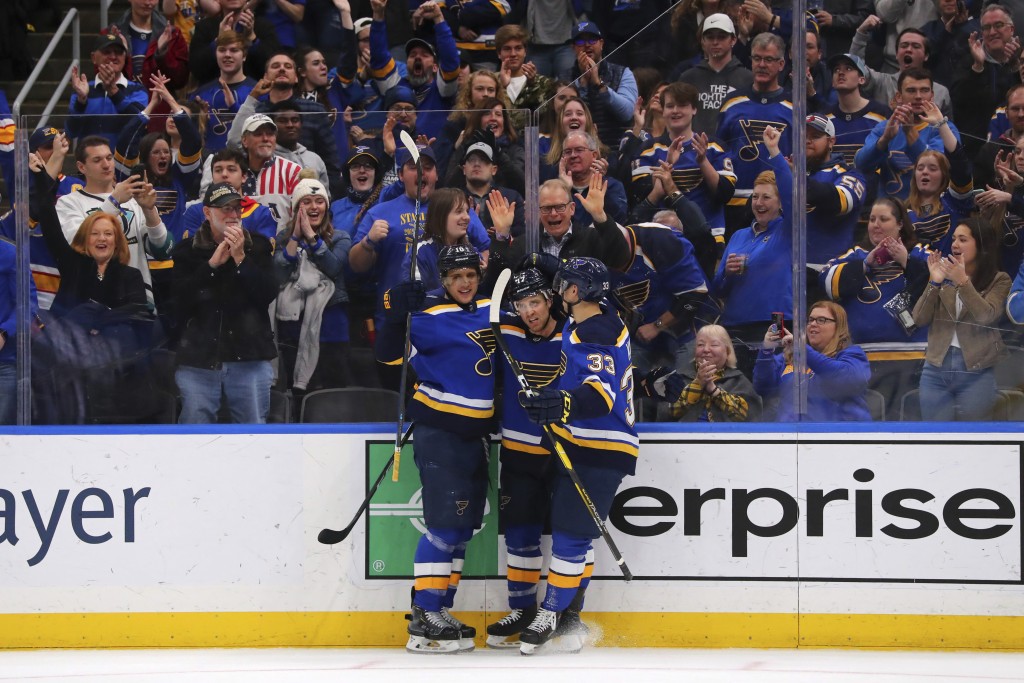 Ryan O'Reilly and Robert Thomas also scored for St. Louis. The defending champion Blues improved to 26-8-6, outscoring opponents 32-16 during the winning streak. They had a seven-game streak Oct. 27-Nov. 9.

Nicholas Shore scored and Connor Hellebuyck made 24 saves for Winnipeg. The Jets have lost five of six to fall to 21-15-3.

Schwartz gave the Blues a 2-1 lead with 4:51 left in the second period, taking a feed from Jordan Kyrou on a two-on-one break and beating Hellebuyck through the legs.

Schwartz added an empty-netter with 30 seconds remaining. He has 13 goals, two more than all of last season. In a six-game points streak, he has four goals and eight assists.

Chicago goalie Robin Lehner stopped Nathan Gerbe in the third round of the tiebreaker to seal the win. Lehner made 31 saves.

Hughes broke loose with the puck on his backhand, switched to the forehand and flipped the puck over goalie Craig Anderson for his sixth of the season.