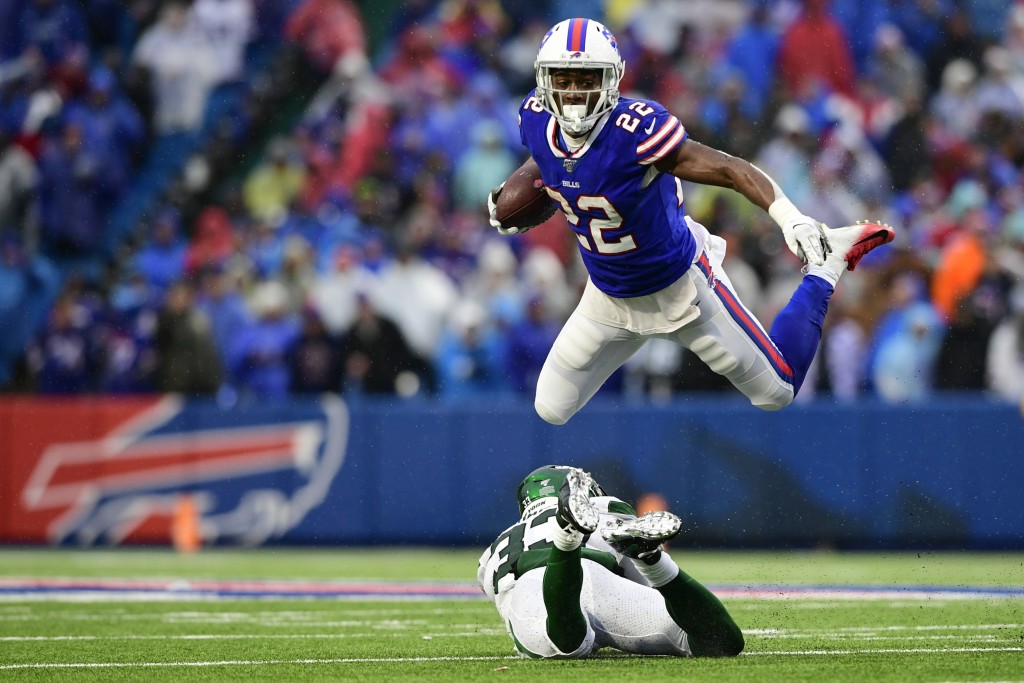 The Jets missed the playoffs for a ninth consecutive season, but finished at 7-9 under first-year coach Adam Gase for their best record since going 10-6 in 2015.

The playoff-bound Bills had very little to play for while resting most of their starters, including quarterback Josh Allen after the first quarter. Buffalo dropped to 10-6 — still its best finish since going 11-5 in 1999 — and entered the game already locked in as the AFC's fifth seed.

The Bills will travel to play AFC South champion Houston Texans in the wild-card playoff round next weekend. The Texans were assured of the No. 4 seed after Kansas City defeated the Los Angeles Chargers.

Otherwise, the game between the Jets and Bills was a defensive struggle that befitted the sloppy conditions, with a persistent drizzle falling for most of the afternoon.

With the score tied at 3, and following Jets kicker Sam Ficken missing two of his first three field-goal attempts, Darnold oversaw a nine-play, 75-yard touchdown drive, which he capped by hitting Crowder cutting across the middle on second-and-goal with 13:31 left.

The touchdown was Darnold's 19th of the season, and 36th of his career. The 2018 first-round draft pick fell one touchdown passing short of matching Joe Namath's record for most by a Jets player in his first two seasons.

Darnold and the Jets had a better finish to the season than their start. Beginning by squandering a 16-0 third-quarter lead in a 17-16 season-opening loss to the Bills, New York opened 1-7 during a stretch that included Darnold missed three games due to mononucleosis.

Darnold closed strong by going 6-2 in the second half of the season, in which he combined for 13 touchdowns passing and just four interceptions. Against Buffalo, he finished 23 of 36 for 199 yards, with an interception. He was sacked twice by Trent Murphy.

Allen lasted two series before backup Matt Barkley and the second stringers entered the game late in the first half.

Barkley was 18 of 35 for 232 yards with two interceptions and a lost fumble. In Barkley's defense, he was overseeing an offense that opened the game minus starters John Brown and Cole Beasley, and with just three active receivers, all backups.

The lack of chemistry showed on Barkley's second interception with 5:17 remaining. After gaining 45 yards on three plays, Barkley lobbed a pass directed toward T.J. Yeldon only to have the running back turn the wrong way, with the ball easily intercepted by Arthur Maulet.

The Bills were unable to avoid injuries.

Starting cornerback Levi Wallace was carted off the sideline with a right ankle injury. He was hurt when his cleat got caught in the turf in intercepting Darnold's pass that caromed off the back of teammate Taron Johnson's helmet.

Bills right tackle Ty Nsekhe was also carted off the sideline after hurting his ankle on the opening drive of the third quarter. Nsekhe had just returned to the lineup after missing five games with an ankle injury.

In what could be his final home game, Bills linebacker Lorenzo Alexander stood with his family on Buffalo's sideline while his daughter, Zoie, sang the national anthem. The 36-year-old Alexander has said he intends to retire after completing his 13th NFL season.

The Bills also called timeout before the Jets second series to allow Alexander to come off the field for one final time on defense.

Buffalo Bills running back Frank Gore played his 226th career regular-season game, tying Emmitt Smith for most by a running back in NFL history.

Gore was coming off his first career game in which he had no yards from scrimmage. Starting in place of rookie Devin Singletary, the 36-year-old Gore was limited to playing the first half in which he finished with six carries for 26 yards and three catches for 16.