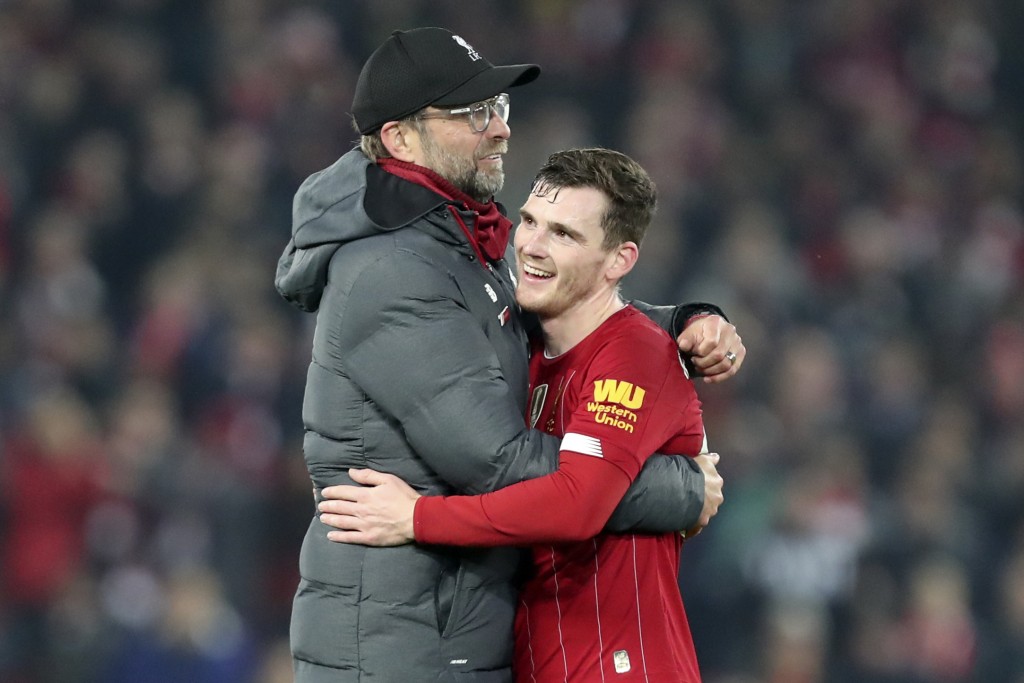 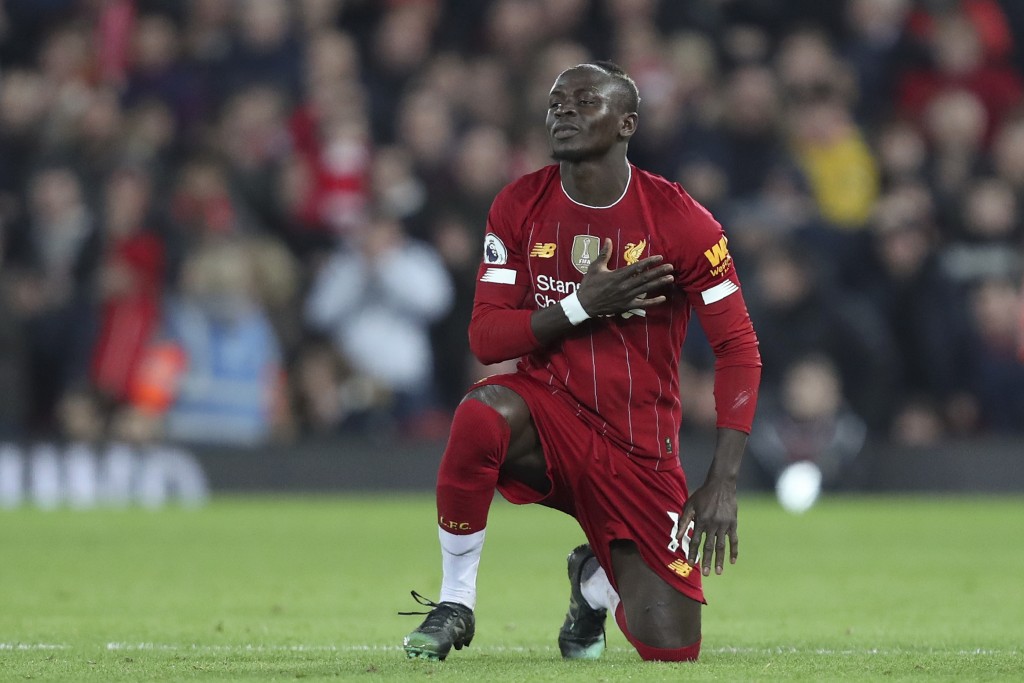 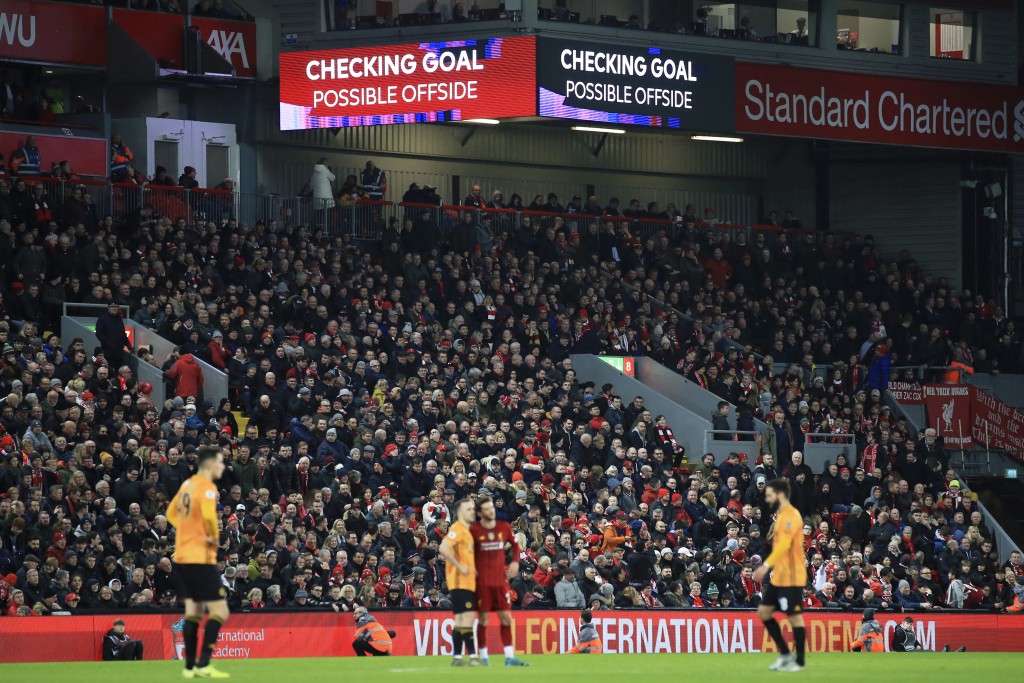 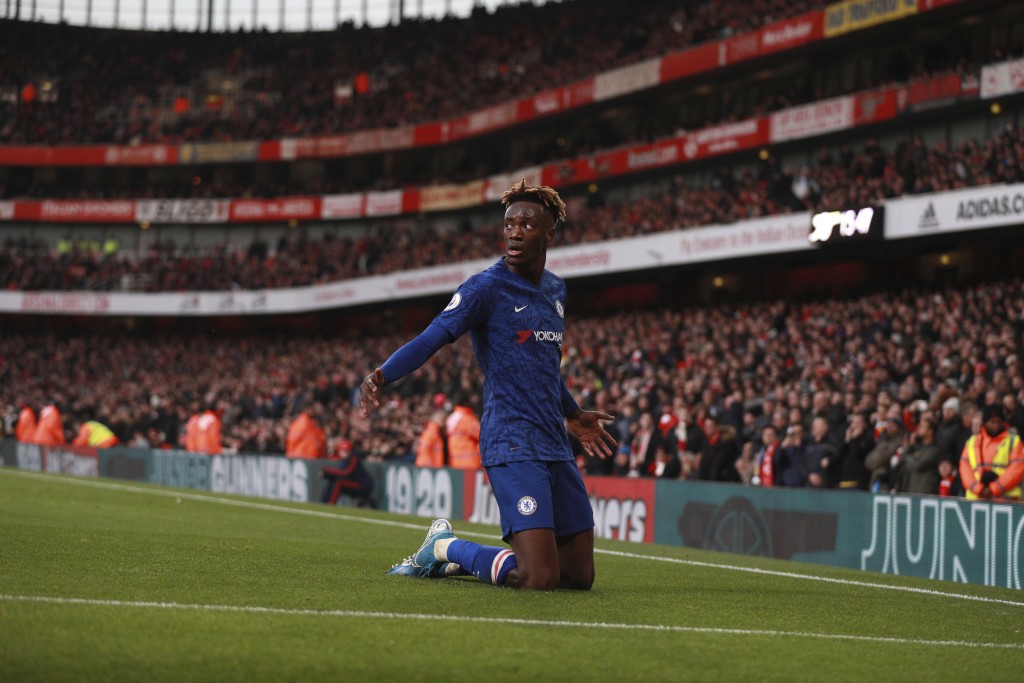 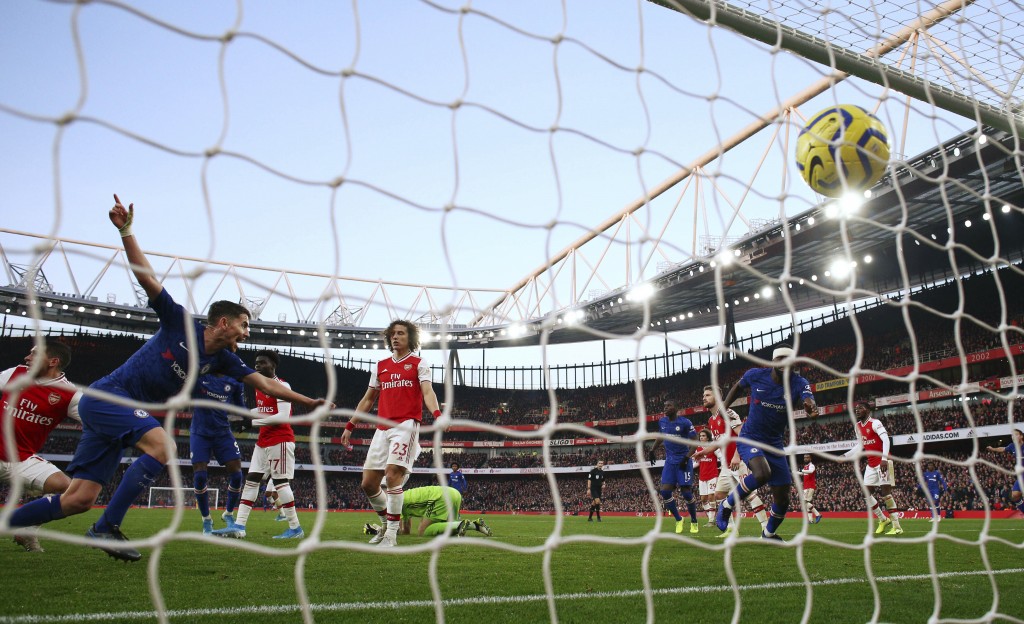 LONDON (AP) — Liverpool fans ended 2019 by chanting “Champions of the world” for the first time at Anfield. “Champions of England" will surely be sung by the Kop in 2020.

Sadio Mane ensured Liverpool reached the halfway point with a 13-point lead — with a game in hand — that seems unassailable after clinching a 1-0 victory over Wolverhampton on Sunday.

And all Wolverhampton fans could forlornly chant was: “Is this football any more?"

That reflected more frustration with the application of VAR in the technology's first Premier League campaign, of course. Even if the calls were ultimately correct by on-field referee Anthony Taylor.

Mane's goal was initially ruled out by Taylor for handball but it was actually helped on by teammate Adam Lallana's shoulder. There was a handball by Liverpool defender Virgil Van Dijk in the buildup but that didn't appear to be factored into the decision.

“I just heard there was complaints of handball, I thought it was for Adam," Van Dijk said. "What can we do? They made a decision and the goal stood.”

The naked eye would have struggled to see a reason to deny Pedro Neto an equalizer but once the hazy footage had lines inserted over it, offside was the decision from VAR HQ in London.

“VAR is killing us," Wolves captain Conor Coady said. “It is constantly against us. I don't know where we are going wrong. It is affecting games. No one likes it.”

Liverpool has built a lead more than double the six-point advantage surrendered at this point last season before being overhauled by Manchester City.

The cushion looks unassailable for a club that has endured three decades of anguish and near-misses since last winning the English championship in 1990 - three years before the new Premier League trophy was handed out for the first time.

Liverpool certainly has the winning habit, bringing the Club World Cup back from Qatar last weekend to join the European titles — the Champions League and Super Cup — collected earlier in 2019.

Chelsea was the other English side to lift a European trophy this year, and there was a rematch of the Europa League final at Arsenal on Sunday with a very different complexion.

Both teams have brought in former players as managers and neither club is in title contention. In his first home game in charge, Mikel Arteta's Arsenal threw away the lead to lose 2-1 to Frank Lampard's Chelsea.

Jorginho had been fortunate to still be on the field after avoiding a second yellow card for pulling down Matteo Guendouzi.

The winner came after Chelsea launched a counterattack from the edge of its own penalty area, with Tammy Abraham then allowed to race through unchallenged and playing a one-two with Willian before putting the ball through Leno's legs from close range.

It leaves Arteta with a point from his first two games since being hired as Unai Emery's full-time successor. But the problems are more deep-set with Arsenal losing four consecutive games in all competitions at home for the first time in 60 years, a spell that covers Freddie Ljungberg's ill-fated interim reign.

“I am really disappointed with the result and the way we conceded the goals and the timing of it as well," Arteta said. "I'm pleased with a lot of things that we've trained, and they actually happened in the game and how they are buying into this. But I am disappointed to lose the game obviously. We had to sustain that level for longer periods against a very, very physical team like Chelsea. And yes, we have to move on.”

While Arsenal is 12th in the standings, Chelsea is 11 points ahead in the fourth Champions League place after Lampard's side quickly recovered from a home loss to Southampton.

“I don't want to sit here and declare we're full of spirit but it's a great sign for us that we won the game, to see the difference in the second half," Lampard said. "Fight, desire. We kept pushing and controlled that second half. Our problem at home has been control. It took a mistake from them to get the goal and then we had the belief.”

Manchester City was playing Sheffield United in the late game.