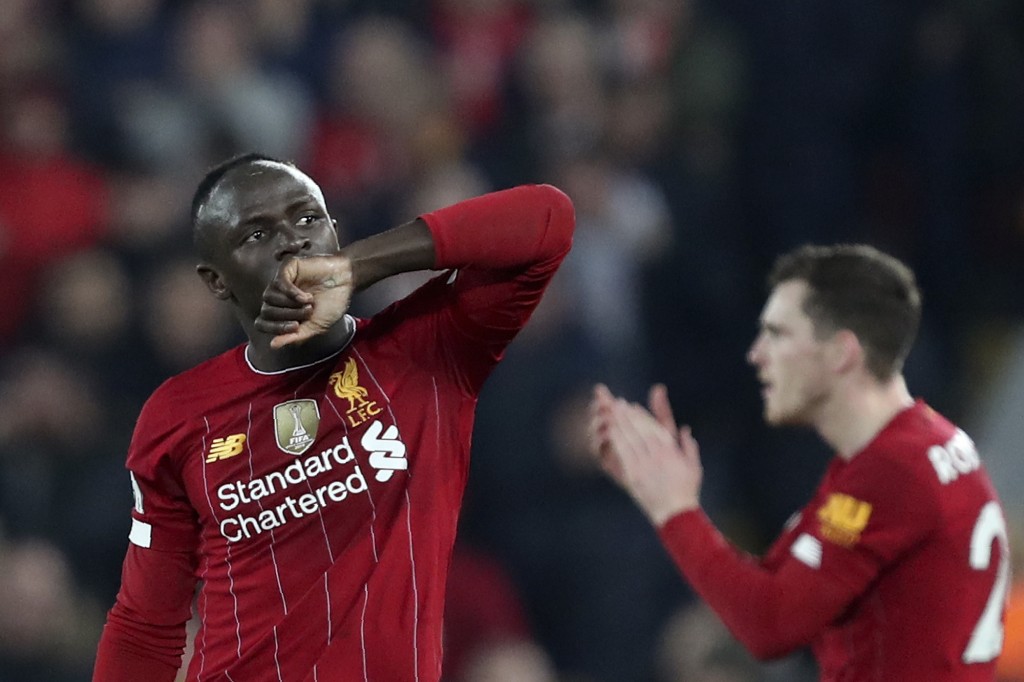 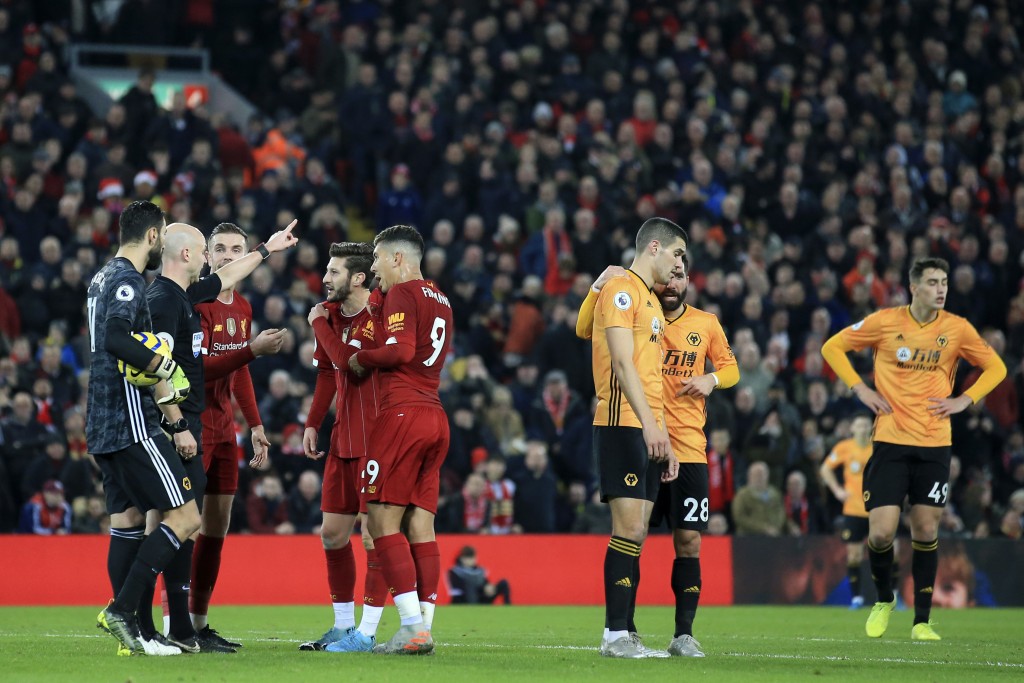 LIVERPOOL, England (AP) — Liverpool extended its unbeaten home run in the Premier League to 50 games with a 1-0 win against Wolverhampton in a scrappy match where two video replays went in the runaway league leader's favor.

Liverpool is 13 points clear of second-place Leicester, having played one game less.

Sadio Mané's goal in the 42nd minute was allowed after VAR ruled out a handball from passer Adam Lallana, and a Wolves equalizer from Pedro Neto in first-half injury time was not allowed because VAR revealed there was a fractional offside beforehand.

It is the second time in Liverpool's history it has gone 50 league games at home unbeaten in the top division. Chelsea is the only other side to have previously reached the mark - once.

The Champions League winners, however, looked tired after a hectic recent schedule.

After Mohamed Salah's tame volley was easily saved and Roberto Firmino's glancing header from a corner went wide, Mané swept the ball in from close range. Lallana had moved smartly between two defenders to reach Virgil van Dijk's long pass and knock the ball down.

Referee Anthony Taylor called for a video replay, which established that the ball struck the top of Lallana's shoulder and not his arm. It appeared unclear, however, if Van Dijk hand-balled when receiving a high ball before launching his pass to Lallana.

There was more frustration to come for the angry Wolves bench.

After Van Dijk, Firmino, and Trent Alexander-Arnold all failed to clear a cross from the right, Neto finished neatly from 15 meters out.

Neto's joy was swiftly cut short as images showed Jonny was fractionally offside — because his hand was ahead of the defender marking him.

Wolves forced a corner in the final seconds of injury time, and Anfield roared in collective relief when Van Dijk headed it clear.